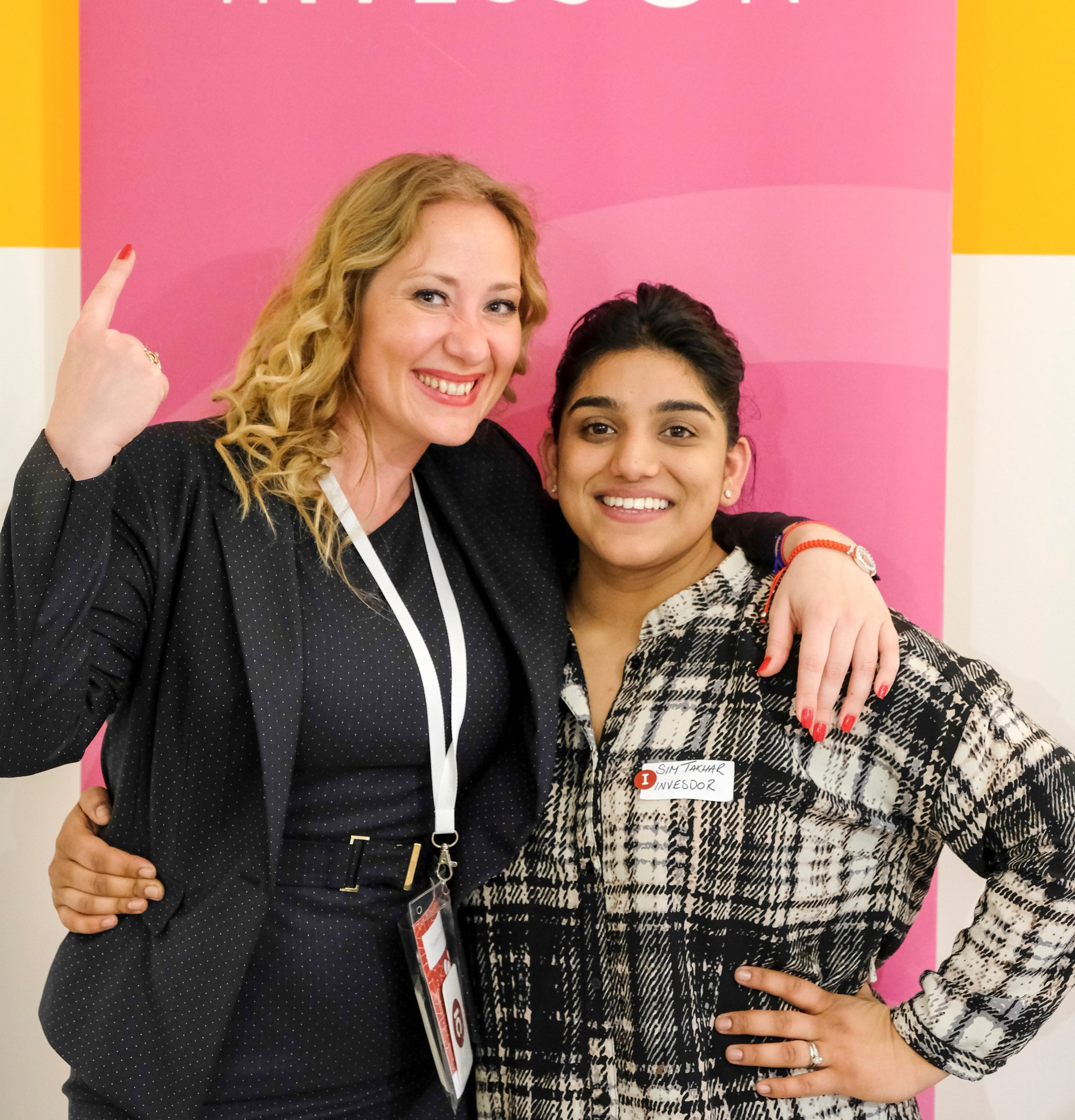 Meet Tsvetelina Zapryanova, Chief Commercial Officer and Partner at InvestorConnected, a platform that brings SMEs and funders together, helping them to combine resources and build successful businesses.

A commercial director by trade, Tsvetelina Zapryanova has led several teams in different sectors in the earlier stages of her career before pivoting to the tech sector. Over the course of nearly 15 years, she has successfully run hundreds of C-suit professional conferences in over 40 countries, covering industries such as energy, real estate, finance, law, sports, and tech. Nowadays, as a Partner at InvestorConnected (IC), she helps start-ups and scale-ups successfully raise funds, and supports investors with their screening process and deal flow management.

Born in Russia and bred in Bulgaria, Tsvetelina grew up in two cultures, courtesy of the mixed marriage of her parents. Her childhood was happy as she got a chance to relay with people of different backgrounds in her immediate circle, throughout her studies, and at work. In 2005, when she was in her early 20s, she moved to the City of London, UK, which became her new home and started a new chapter in her life.

At that point in time, the City was still very much seen as a “boys’ club”, so like most women working in a male-dominated environment, young Miss Zapryanova too faced certain challenges along the way, and being very ambitious and eager to climb the career ladder in her new home country, she had to be extra smart, hardworking, sometimes even ruthless to gain the respect and success she was after.

Her business knowledge, expertise, and fluency in several languages, including Russian, opened many doors for her. She managed to prove that she had the whole package of skills, strength, and abilities to bring in more business to a company than most of her colleagues while still supporting and motivating her teams. All that made it possible for Tsvetelina to negotiate her own terms with employers, including equal pay which for a lot of people was still challenging in the early 2000s.

More than a decade down the line, with the growing importance of tech and AI, Tsvetelina decided to join her life partner, who had already laid out the bases of a great start-up. They both quit their jobs on the same day and a few months later, in February 2016, they re-launched InvestorConnected. It took them a few years to grow the business to where it is now – an international level consultancy, connecting business with capital and working with governmental and supranational organizations such as the EBRD and the World Bank, advising both on the policy and delivery of solutions aimed at access to funding, capital market growth, and liquidity.

Talking about her organization, she says, “InvestorConnected is the only single platform that bridges the gap between capital and SMEs by translating the language between entrepreneurs and funders and facilitating investment by providing the right tools and advice to make this process more efficient, leading to effortless communication and raising chances of success to optimal levels.

Since 2016, we have analyzed over 150,000 businesses (SMEs) and 600 funders (venture capital firms, angel networks, crowdfunding platforms, lenders, and alternative finance providers) internationally, and we pride ourselves on our funding success rates of over 40%.”

As with most start-ups, getting IC off the ground had not been an easy task at first. Many had loved their revolutionary idea, but only a few were willing to give it a try. So, the team had to bring in some big names on board first and think outside the box. They mirrored their online work into live events which they called Pitch Perfect and started bringing together entrepreneurs and investors who, thanks to the strong IC matching algorithm and services, have easily started conversations about fundraising. The word about IC was spread and as a result, their reputation grew quickly and helped them establish a solid foundation for their venture.

When asked about current challenges in business in general, Tsvetelina says she thinks ageism is the new obstacle as often people in their 40s or older are overlooked, even though they are experienced and often a lot more knowledgeable than their younger counterparts, and are still in their prime. She believes people from different generations should learn from, complement, and balance each other while working on creating a better world for all of us.

After a couple of decades purely focused on career growth, Tsvetelina now likes to maintain a work-life balance, taking care of herself and spending more time with her dear ones while still juggling business deals and projects. She says she has learned that life happens while we are busy making other plans and tries to remember that every day.

We, at Humans of Fuzia, have asked Tsvetelina to leave an inspiring message for hers and our readers (females of all ages across the globe) and this is what she said: “Always remember that you are great, you are worth it, and it’s never too late! No matter whether it is about your work or personal life – you always have a choice, you can do it, and you deserve to be happy! Easy does not equal good and vice versa, so choose the right way for you. This is your life and it’s only one, no one else is going to live it for you so make the most out of it!”