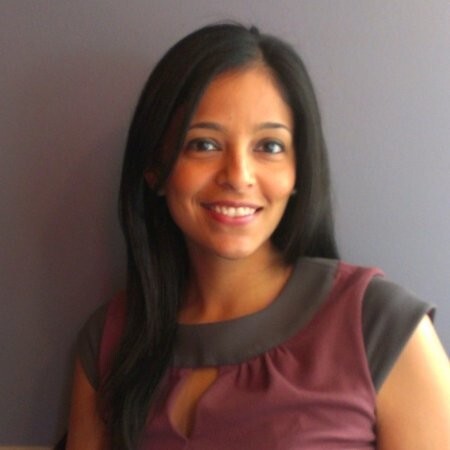 Meet Cecilia Ramirez, Chief of Staff at Equal Justice USA, a “national organization working to transform the justice system from one that harms to one that heals.”

Growing up as a woman of colour in America, Cecilia knew what disparity means. She has focused on equity all her life, and her path has led her to Equal Justice USA today. As a writer, public speaker, lifelong social justice activist, Cecilia Ramirez provides one-on-one racial equity coaching to the leaders of several organizations. She has been an entrepreneur for over a decade, starting with a marketing and events consulting company. They focused on niche marketing events, especially for the black and brown communities in the country. She led this business for 8 years. Before getting promoted to the Chief of Staff position at her current organization, she worked as a Director of Strategic Growth. She was in charge of the strategies around rapid growth, race equity, and transitional climate setting in her then role. She has also served as a board member at the University of Pennsylvania Association of Latino Alumni.

Cecilia had a tough childhood growing up in Washington Heights in New York. Her father was incarcerated when she was six months old and her mother committed suicide when she was 11. She was raised by her grandmother, who wasn’t very well off. Fortunately, she got into a program that paid for her to attend private boarding school and later she attended the University of Pennsylvania.

Talking about her organization, she says, “My consulting helps people walk through the emotional journey of confronting racism and working through the ways it harms us as individuals before working to recognize the part we play in dismantling it on a systemic level.” Racial inequity is a major concern in the United States, and the cultural divide serves as a barrier between people. This divide greatly affects all the communities in the country. Ramirez believes that the solution to life’s most challenging problems is healing. She is learning from her own antiracist journey while helping others in navigating their own. In 2015, she was honored by the Philadelphia Eagles with a Hispanic Leadership Award.

Working in the marketing and events industry, Cecilia faced a lot of misogyny when she started her career. She was questioned a lot and realized that people always try to bring down every young decisive woman who knows what she wants. She was called bitchy, bossy, too opinionated, or uniformed. Many a time, she was treated as a sexual object, hit on, and not taken seriously. This is the story of every other woman trying to build a career for herself. Women need to go through many trials and tribulations to prove their worth and have to work twice as hard as their male counterparts. But this only made Cecilia a stronger leader who protects her energy and space. Now, she is ready to better handle such situations.

Ramirez’s story tells us we can achieve anything we set our minds to. All the challenges she has faced until today, including growing up in a poor family with no parents and facing sexism, couldn’t hold her back. She didn’t let them define her. She wrote her own destiny and is helping others write theirs too. Leaving an inspiring message for the readers, she says, “Pain, adversity, and trauma don’t define you or can limit you. There are ways that lead to healing, and you can access all the potential you always had. You already have everything you need to do exactly what you want to do in life. Don’t let anyone convince you otherwise.”