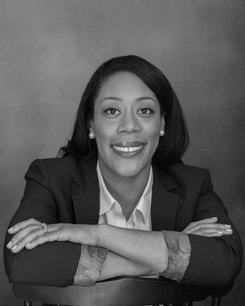 Meet Adria Buchanan- the Executive Director of Fair Housing Center of Washington, a non-profit organization based in the United States.

Adria identifies herself as a black cis-gender female, a mother of 1 and Executive Director of the Fair Housing Center of Washington, a non-profit dedicated to eliminating unlawful housing discrimination in western and central Washington state (northwestern United States). She considers herself as an urban warrior with small-town values and finds purpose in bending systems of oppression so that others may eventually break them.

Talking about her childhood days, she says, “I grew up in a small fishing town in Gig Harbor, Washington, in the northwestern part of the United States and my family was one of the handful of non-white families in the area for many years. Some years, my brothers and I were the only black kids at our school and so that posed challenges at times, but overall we had a pleasant upbringing.”

Adria graduated college in 2008, at the height of the recession, when it was very difficult to find any kind of work in the United States. This lead her to find her first job in Bangalore, India, which turned out to be the experience of a lifetime. Upon returning home to the U.S, she entered the corporate world, struggled to accept its rigidity and longed for the community development work she had done while in India.

After a few years, she left corporate America, returned to graduate school to further her studies in Community Development and upon graduating, started her own consulting business. Prior to serving as the Executive Director for the Fair Housing Center, she worked in compliance and was also running a consulting business helping local governments pursue community development initiatives.

“The Fair Housing Center of Washington exists to prevent, mitigate and eliminate unlawful housing discrimination. We investigate allegations of discrimination, we train housing providers and landlords so they can treat people fairly and we train community members on how to advocate for their rights. We work with policymakers and also conduct testing to see if individuals are being denied housing because of things like their race, sex, religion, disability or because they have children, for example. When violations are identified, we pursue legal action and seek monetary damages for the victims,” she says.

At present, the challenges she faces as an Executive Director of a civil rights organization have much to do with the heavy systems of oppression inherent in American life. It is draining to defend or justify or try and prove the lived experiences of people who have experienced oppression to those who have not, and yet at times, it must be done- according to Adria’s experiences.

While she has received numerous accolades in corporate America, working in the non-profit world Adria notes:

“I’ve found fighting civil rights can often be thankless, and that’s okay. I am extremely grateful for the staff and board of directors who support the work of the agency and care for my personal well-being. This path has given me the confidence to unapologetically pursue my purpose. It has moved me across the United States and back again and, has taken me to places around the world, and has given me the skills to stand on my own and support my son.,” she exclaims.

On a personal level, as an Executive Director and mother of a young child, it is challenging for Adria to balance the two, but she feels grateful for the support she has, which allows her to live out her purpose as both a mother and fighter for justice.

For the women of today, she gives this friendly advice- as a female or femme spectrum person, however, you live your life is already an act of resistance, so just keep going! The world will police you no matter what you do, so continue to bend the rules so that others may eventually break them!