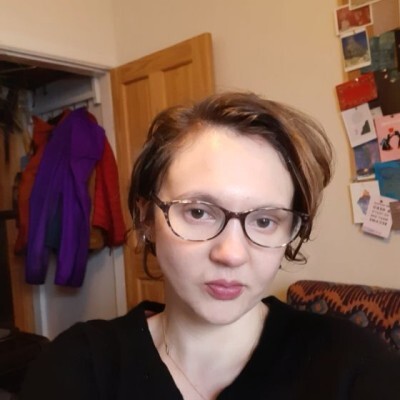 Meet Emily Wilson, CEO and Founder of Irise International, a non-profit organization that delivers programs and research in the UK and East Africa to support young people and their communities to address menstruation-related barriers.

“The first period is the moment in your life when society tells you very clearly what it means to have a female body”, says Emily Wilson who is working tirelessly to dismantle internalized stigma and social norms associated with menstruation. During her research with Kenyan schoolgirls, she came across the barriers they faced attending school. One of which was inadequate support during periods, but the organization she was working with wasn’t well-positioned to help these girls. As Emily returned to the UK, she noticed similar structural inequalities in her cultural context. From long diagnosis times for female-specific health conditions to school girls also experiencing period poverty and lacking the basic information about their bodies, everything was more or less the same. She also realized how the world interacts with the female body and creates a disadvantage for them. As a woman who has experienced this firsthand, she started Irise International to make a change.

Talking about her organization, she says, “Irise is an award-winning global leader working to realize period equality- this means a world where having a female body does not hold you back from realizing your full potential. Diverse female voices are underrepresented in leadership and decision-making spaces, leading to systematic biases in how we structure our society and world, turning a female body into a disadvantage. From gender data bias in medical research neglecting menstrual disorders to schoolgirls struggling to access pads, these issues prevent those affected realizing their full potential and perpetuate a cycle of exclusion.” Irise is an institution for those who have been directly affected by period inequality. They are building a community with female leaders who feel strongly about these issues and can work together to dismantle the stigma around menstruation. Their network of influencers brings community voices and issues to the table and creating change from within.

Wilson’s initial challenge was to try to get people to talk about periods and not consider them and the female body taboo. As the issue was under-researched, they had to spend a lot of time building the case. Also, being a young female CEO in her early 20s when she founded the organisation a decade ago, Emily struggled to be taken seriously. She deliberately kept her age and gender low profile until the potential investors had already reviewed the ideas and made the decision. This is something a lot of women entrepreneurs face entering the business world.

With the pandemic, the Irise programs had to be put on hold. Meanwhile, the reports of women and girls suffering negative gendered impacts started increasing. Emily and her team started working towards the cause. With the help of the funders, supporters & volunteers, they were able to raise £100k in just a few weeks to support women and girls and launch reports advocating for their priorities to be included in a gender-sensitive response. The progress the world made in response to these issues over the years is a risk currently. She notes that in East Africa, many girls are on the verge of dropping out of school to face forced or early marriage. Back in the UK, many women feel marginalized by period poverty, and their mental health is declining. Emily wants to protect progress while working to move towards a fairer world.

Through Irise, Wilson has been able to help over 100,000 girls out of period poverty in East Africa and the UK. Their projects improve school attendance and exam performance by changing social norms around periods and increasing support for girls. “Our intervention currently costs approximately £7 per girl, and our data suggest we prevent at least 1 school dropout for every 90 girls supported. Estimates suggest that an extra year in school can increase a girl’s eventual earning by 10-20%, equating to a £10-30k return on investment over a girl’s lifetime,” she says.

Emily has an incredible team by her side to support her at all times. She knows that there’s still a long way to go to end period inequality, but is happy to have grown with the organization. She is glad to have taken the step despite all the uncertainties and inspires everyone else to do the same. Sharing a message for readers, she says, “There is an African proverb, ‘If you want to go fast go alone if you want to go far go together.’ We all have within us the power to change the world, and that power is unleashed when we come together and turn our individual frustrations into a manifesto for change- so take every opportunity to build others up and unlock their potential- they are the catalyst for a better future.”