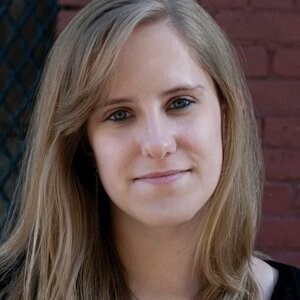 Emma Hidem is a storyteller and a media maker with expertise in Virtual Reality (VR) videos. She is a proud Minnesotan who has also lived in New York before finally moving to DC in 2010. She was inclined towards arts and media from a very early age and attended film school at the NYU Tisch School of Arts. Following graduation, she worked in documentaries in New York, where she had the opportunity to collaborate with notable figures such as Rose Kaufman and Joe Fab.

Prior to starting her own company, Emma did many media jobs, including in news, documentaries, corporate, but she discovered her true passion when she had time to work with a museum client, College Football Hall of Fame. She filmed a 360-degree video for 13 different college football games around the United States. It was a high-pressure situation with tens of thousands of people watching, and it finally paved the way for her current company. She started Sunnyside VR in 2015 after she found her niche in VR. Despite the fact that virtual reality headsets were new to the market, Emma realized they were her calling. She quit her full-time job to focus on her own company. It has been a roller coaster ride for her as they had a rocky beginning. They had a lot of work at times and no work at others. She initially had to explain to people about VR and how it works.

However, Hidem is happy that she got into the business early before 360-degree video got into the mainstream radar. This gave her an upper hand in the industry and for her business to thrive. Over the years, they have worked with renowned brands like Mercedes, Estee Lauder, Honda, Redbull, and many more. She travels a lot for the shoots and gets to meet new people.

Emma is grateful for the support of her parents and people who had her back along the way. As a woman in a traditionally “male-dominated” field of media and tech, she had to face a lot of challenges. She even had to fight to learn 360-degree video shooting and take up projects related to it. Even though she has considerable experience in the arena, she has had men come up to her and say, “But you are a girl. How did you get into VR?”. They basically commented on her not being qualified for the job and also because she never played video games as a child. But this didn’t hold her back, and she kept working for her goals amidst all the sexism and other challenges.

According to Hidem, the best thing about virtual reality is that it gives you a real experience when you put your headset on. It is scientifically proven to increase empathy more than other forms of media. VR is known to bridge empathy gaps and highlight problems in the world. She wishes to do more documentary and nonprofit work using virtual reality.

Talking about her future of virtual reality and career in the media field, she says “VR is a powerful tool. For women readers who want to get into the media industry. I think VR is the decent route to go for because you will still be on the cutting edge. There are a lot of skills you can learn and it is changing every day. VR is an exciting area to be. I would encourage women to look into VR and new media. These are going to be the biggest growth area of media production”.