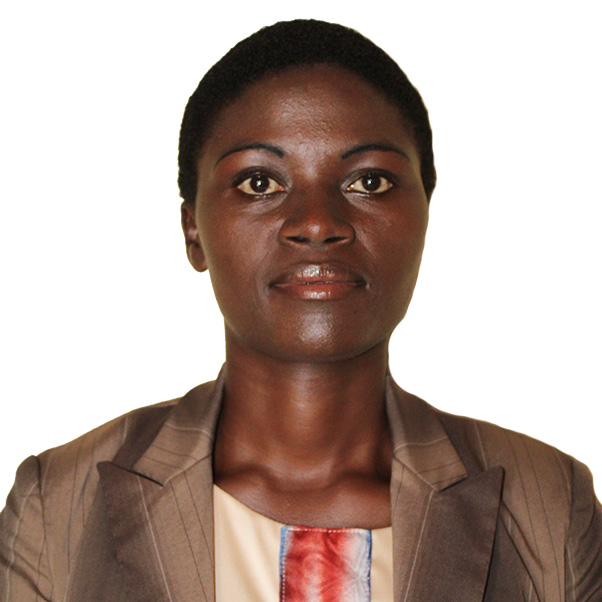 From being a scared 9-year-old watching her mother strive during the civil war to becoming the Country Director of Burundi Friends International (BFI) at only 35, Odette Habonimana’s journey has been anything but ordinary. She is a peacebuilder who empowers communities to sustain peace, social cohesion, fight inequalities and divisions, and a proud Burundian. Odette has dedicated her time and life to empowering rural Burundian women of all communities.

Growing up, Odette witnessed wars and violence. She grew up in a divided community full of inter-ethnic wars, so her childhood was mostly a struggle. But she also experienced a few good times with her family. Her mother is her role model who founded a women’s association of farmers to fight hunger caused by the crisis. Odette’s mother sheltered more than 100 people during the war and prevented crimes in the village by motivating men and women to stay united. The war lasted for 12 years, and during this time Odette learned perseverance and the importance of women empowerment from her mother. Following her mother’s footsteps, Odette created women’s empowerment clubs (WECs) to improve the local economy and sustain peace in the community.

She did her bachelor’s in English Language and Literature from the University of Burundi in 2013. In 2019, she went back to the university to complete her MA in Organizational and International Leadership. Prior to BFI, Odette worked at the US Embassy in Burundi and also with the United Nations Development Programme (UNDP) as a Gender Program Associate. She still works closely with UNDP on a Solar Power Project that has reached 2156 women in three provinces.

Talking more about her organization, she says, “Burundi Friends International has a mission to unite, educate youth, women, and men, leading to self-sustaining communities in Burundi. We focus on education and economic empowerment”. Odette has been working with BFI since 2015 as a volunteer and she founded the BFI women’s empowerment department to bring solidarity in the community through peacebuilding efforts of the women. It includes women from Hutu, Tutsi, and Batwa communities and various political parties. These WEC’s facilitate trust, tolerance, and dialogue between the communities to maintain peace and harmony in the provinces. At present, the department has established over 1000 Women Empowerment clubs in five provinces and houses more than 7000 members. They focus on women’s education, socio-economic empowerment, and protection of their rights.

Odette notes that about 90% of Burundi population depends on agriculture but only 15% of the total produce is marketed. This has increased food insecurity, almost one in two households (4.6 million people) and has exacerbated the problem of malnutrition in children.
Also, 92% of women use traditional farming techniques that don’t produce enough food for their families. She and her team are working to bring modern farming techniques to the rural women and use technology and digital applications to facilitate proper training and follow up. They plan to implement STEM (Science, Technology, Engineering, and Mathematics) education strategy for girls and young women to eradicate gender inequality in the country.

“Our long-term goal is to implement community women centers in the country where women address their concerns, learn different skills, share knowledge, find solutions to community problems, and get support. These women centers will host sessions and trainings in diverse topics including education, economy, and social protection for all women”, she says.Owing to her hard work and exceptional vision, Odette was selected in the top 10 finalists for the US Institute of Peace’s (USIP) inaugural Women Building Peace Award. She was chosen as a finalist from the 150 nominees for the award.

The biggest challenge Odette faced initially was to manage large groups in need of education and coaching on financial literacy, startups, and family management. She didn’t have a methodology. But over time, everything fell into place. Her women’s empowerment clubs have benefited the community at large and work together as a family. It makes her happy to see women able to realize their dreams and keep their families and communities healthy. She wishes for rural women to have a say in the decision making process from local to national level.

Stressing on the need for women’s education and empowerment, she says, “Women have the ability to transform communities. Empowering women economically gives them the power to negotiate their rights, improve family and community well-being, and participate in decision making locally and nationally. This leads to building a peaceful and developed nation”.