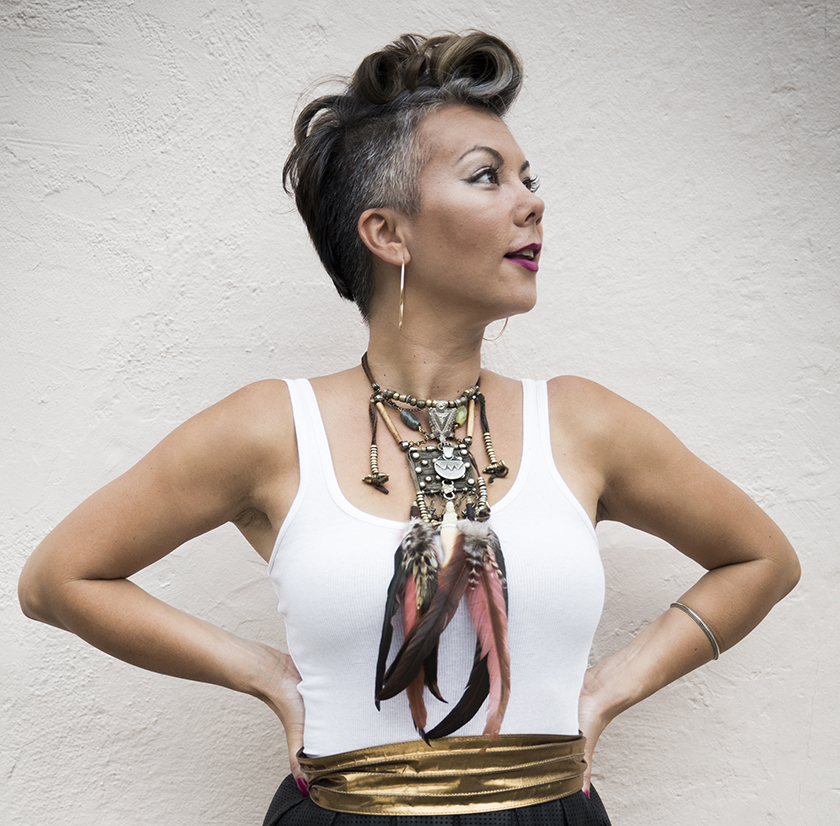 Meet Jennifer Ho, the Founder and CEO of Hangar Studios, a podcast production company that propagates the value of free speech.

A mom to her five kids, Jennifer decided to join the ranks of podcast early adopters in 2009 to open Hangar Studios, the first ‘woman-of-color’ owned podcast production company in the US. She took this leap after being in the marketing and business consulting world for over 15 years and today, she hosts and produces two podcasts: Big Girl Panties and Stripped. At her studio, Jennifer focuses on client acquisitions, operations, growth, and client onboarding, and on her days off, she is on the advisory board of EndAbuse4Good. Jennifer is also a public speaker and coaches others to speak freely in their lives.

Jennifer grew up in Oklahoma City, where she was one of the only mixed-race Asian/White kids. Because of the disparities between her traditional father and her free-spirited mother, Jennifer was left with both, the ability to conceptualize ideas, and execute these to fruition. Jennifer’s life was full of anxiety because of her parents’ regular fights and when they finally got divorced, she moved to NY to look for opportunities. She has been on her own since she was 16!

Jennifer has always been ridiculously thirsty for a better life for herself and her children. When she got pregnant with her first child, Jennifer decided to quit teaching ballroom dancing and chose to reinvent herself with a new career. Spending time with her son was important to her as she was a single mom, so she crafted and educated herself in all things. She took up various jobs in the corporate world, learned all the skills that she would need for these jobs, and used that knowledge to found Hangar Studios in April 2009 with someone who had vast knowledge in radio.

Jennifer believes that many people do not have the liberty to speak freely. This democratic right has been converted into a luxury with just 19.5% of people in the world exercising it freely. Thus through Hangar Studios, Jennifer aims at amplifying people’s voices and giving them a platform to express themselves freely. She elaborates, “We want people to use the freedom of speech to speak freely about their passions. Hangar Studios works internationally with individuals, companies large and small, and thoughtful leaders in full podcast production. From concept to creation, the Hangar team supports them to be heard worldwide.”

Hangar studios has gained fame today, but when Jennifer had just started, it was tough. Many people did not know about the concept of podcasts and even the renowned authors would hang up on her when she approached them. Talking about those days, Jennifer recalls, “99% of the people I approached would either hang up or ask what podcasting was. I had 2 eviction notices within the first 2 years of business. Paying bills was a constant struggle and I stayed on as a consultant with my clients to pay my bills while working on building Hangar late at night. But eventually, podcasting hit a tipping point, and Hangar was in the best position to take on the clients.”

Being one of the first podcast production companies and the first owner who is a woman of color, Jennifer has been interviewed dozens of times by numerous international media organizations and has been constantly highlighted as a leading woman in the podcast industry. She is regularly called on by the Top Fortune 50 companies, and many continue to be a part of the Hangar family. Despite her immense success, Jennifer still answers the phone when someone calls. She elaborates on this uncommon phenomenon – “I do not answer my calls personally because I can’t have an assistant do that; I do so because I love chatting to people about their ideas. I believe that humanity and humility are good for the soul, and this is what Hangar is all about – family! That is why our retention rate is so high. We’ve had clients with us since the beginning.”

Jennifer believes that being a victim to circumstances had stuck her until she took full responsibility for the outcome of her life, and advises everyone to do the same. She adds, “Being ‘scared’ and ‘not being able to do it’ are two completely different things. Be clear on your choice of allowing fear to take control.”