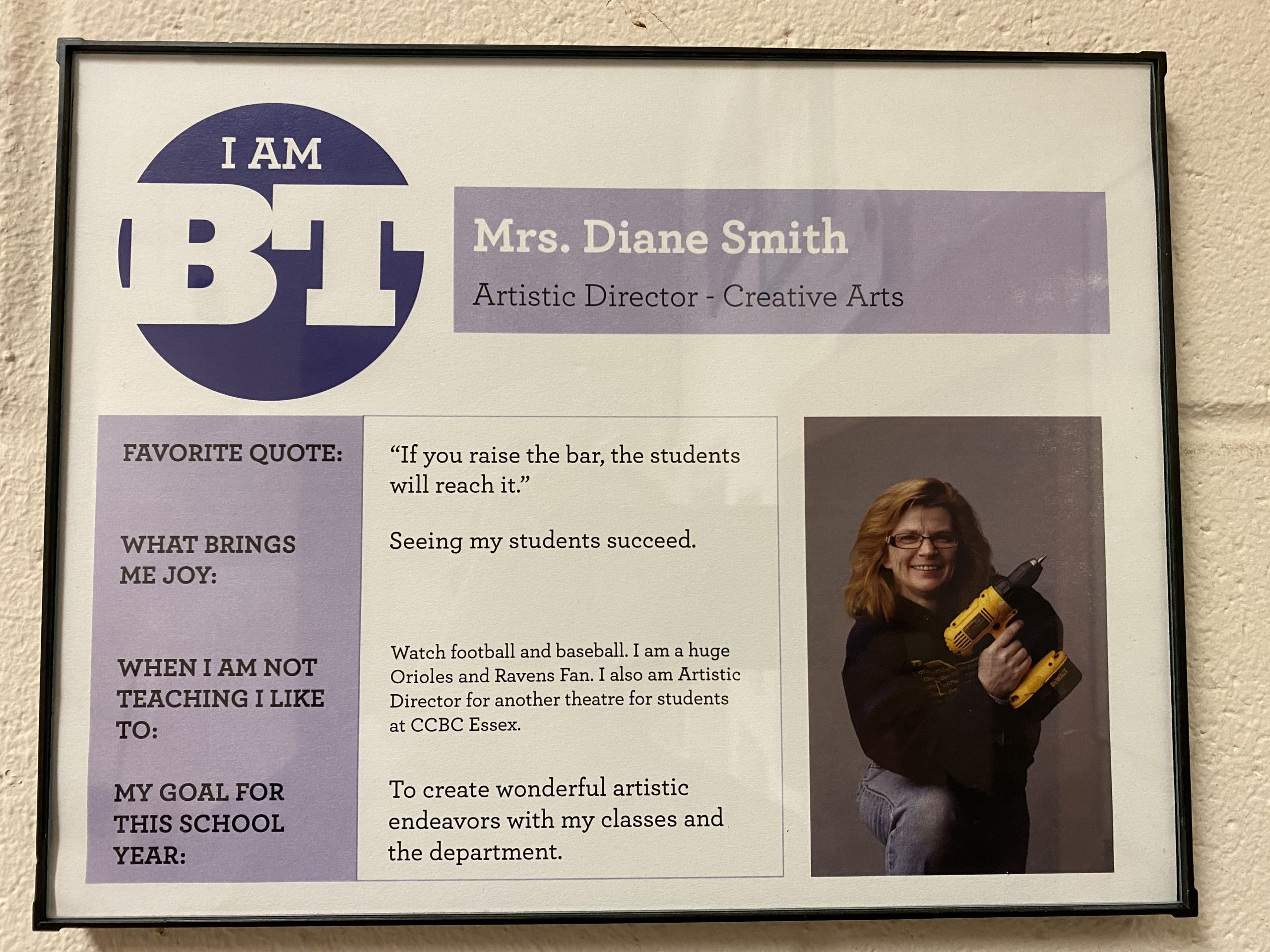 Diane started working in theatre in high school at the age of 13. Back then, she was a farm kid who worked every day on her parents’ 250-acre hog farm in upstate NY, riding horses and competing in horse shows occasionally. Her family also had a singing group, and they traveled around upstate NY singing at local events. Besides all this, Diane was a student-athlete in school. According to her, “I found my passion for theatre when I was asked to help with props for a high school production when I was a freshman. I loved the inclusive, accepting environment as I was a ‘wallflower’ in all my classes. I found that I loved working backstage much more than onstage, although I did appear on stage many times. Today, I have been involved with professional, semi-professional, community, and academic theatre programs for over 40 years in the Baltimore and surrounding areas.”

As the Co-Artistic Director for the Beth Tfiloh Community Theatre, Diane offers a robust Arts Program that is one of the biggest draws to this private Jewish Day School. It is a successful program today, but building the Arts Department was a huge challenge. She elaborates, “It is very rare for a Jewish Day School to have such a large Arts Department. We had to educate everyone to the fact that this could be possible. It was only with the full support of the administration, that we were able to build the Department to what it is today. I was even named as Beth Tfiloh Teacher of the Year in 2011”. Beth Tfiloh has a huge following by both student families as well as community members, and the Beth Tfiloh productions have won 14 Baltimore Cappies Awards and 26 Baltimore Theatre Awards to date.

Talking about her Children’s Playhouse of MD, Diane informs that it is an organization run completely by women and is a huge help for students finding Theatre Art Programs to join. Most of the children’s theatre programs include adults performing for children, but at Children’s Playhouse of MD, both the performers and the technical crew consist of children in all the productions. To join this organization, the participants need to be under the age of 18. Talking about the initial days, she says, “Children’s Playhouse struggled financially when we first opened. Since then we have grown to be the most respected student theatre organization in the state. We have won 8 International Junior Theatre Festival Awards and 5 Young Performers of America awards.”

Though both of her organizations are well established, Covid-19 has posed a big challenge for her. They are unable to have audiences and are struggling to find financiers. Children’s Playhouse has fixed expenses that have to be paid, and without an income, it is difficult to keep functioning. However, her creative idea of presenting a production that can be broadcasted to the entire school as they sit in their classrooms at Beth Tfiloh has been of some relief.

According to Diane, her life changed the moment she made the decision to go to college for theatre, and it changed again when she decided to accept a teaching position and form a student community theatre. She has found a passion, drive, and sense of fulfillment by watching her students succeed. As if to prove that her decision was right, she was named as CCBC Outstanding Alumni in 2009 for her continued work and dedication for working in Theatre Arts for youth.

Diane believes that women can achieve any goal they put their minds to, and they should not allow themselves to be intimidated by anyone. They cannot be held back. She advises her fellow womxn – “have a goal and a purpose, and then work towards it. Reach high. Raise the bar, your students will reach it”.