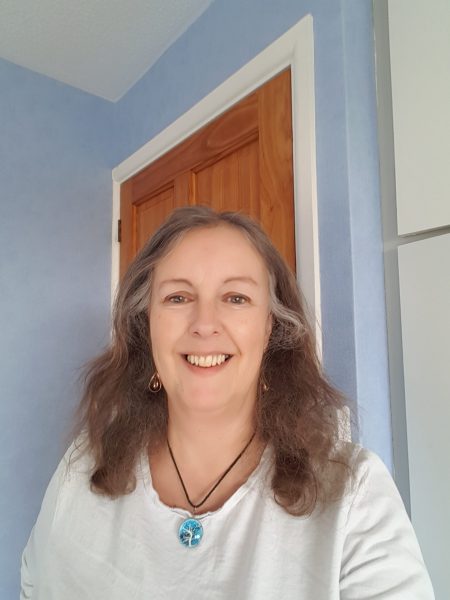 Karen Bashford as a Mentor, Coach and Healer, is known as The Manifesting Lady, as I work to help women who have suffered abuse and trauma empower themselves to be calm, confident and abundant. After divorcing my abusive husband, I was financially broke with a life-threatening illness. However, I then went into another abusive relationship. I refused to be a victim, as I sensed I attracted them to me for a reason.   Shockingly I had due to my beliefs and my vibrational energy. But thankfully, that has all changed.

What were your initial years of growing up like? Tell us about your life before the venture/ corporate journey?

My parents did their best for my siblings and me, but the hugs and words of love were missing. It was tough at times, as we often moved, so I changed schools frequently, which affected my education and my ability to make and keep friends.

Every industry that is now a large-scale, top-notch business once started as a small idea in the minds of entrepreneurs. What was that idea or motivation that made you start your business/initiative? What motivated you within to say “YES, go for it!”

After being made redundant, I started my own VA business but decided after 5 years I wanted to work with people, not computers. I qualified as a Hypnotherapist and NLP Master Facilitator, helping people stop smoking or deal with phobias. However, as a psychic, I began giving readings to clients, which allowed me to see where their problems and issues stemmed from. Focusing on Money Mindset initially, I changed to working with abuse and trauma, at a soul level, after writing my book How To Be Imperfectly Perfect A Practical Spiritual Guide To Becoming You! My life story and how I healed from 2 abusive relationships.

My experience is invaluable to help women change their lives in a non judgemental space.

I am passionate about educating women to know they deserve to be happy and abundant. Regretfully, women have been threatened and bullied by our patriarchal society for too long. They have been controlled and held back. But they have also contributed by unwittingly passing that it is acceptable through the generations.

We have entered a period of change where women must stop letting society dictate how they are perceived. This is why I now help empower women by healing the wounds of past abuse and trauma.

In doing so, the women change the lives of future generations by energetically breaking the cycle of abuse. They manifest the life they want and deserve, which creates a ripple effect in the broader family, community and the world.

Writing my book about my life journey, which I have mentioned previously.

I want girls and women to feel safe and respected. To have the freedom to live without being threatened or abused.

Women have always been leaders, they have not recognised they have, because of society’s conditioning.  It is great that there are more women, achieving success at the top of the pyramid.  But leadership isn’t just about being at the top it is demonstrating to the younger generation they are leaders of their own lives.

Women have always been leaders. They have not recognised they have because of society’s conditioning. It is brilliant that more women are achieving success at the top of the pyramid. But leadership isn’t just about being at the top. It is being leaders within their family and community for girls to know they have a say over their future