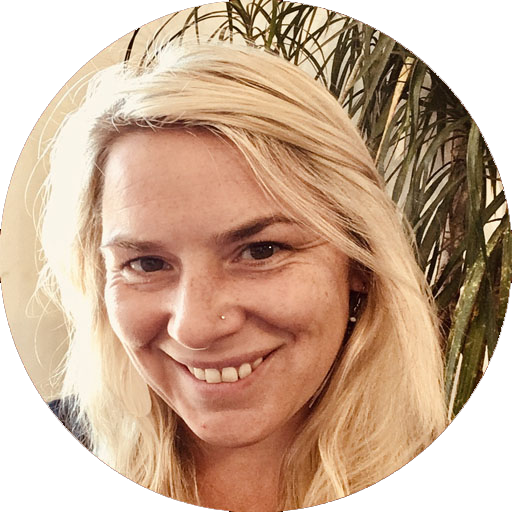 Nicola Mee is the Co-Founder & Chief Scientific Officer of Memento Social Ltd. She is a psychologist at heart, and throughout her career, she has specialized in applying my knowledge of human behavior to a variety of fascinating projects & organizations over 20+ years. She strives to make a difference and is always curious & willing to get involved. She has four children, and considers herself very lucky to have an amazing partner, her co-founder, and says they have built Memento whilst raising their children together. When they’re not working, they’re in the forest, or out on the water!

What were your initial years of growing up like? Tell us about your life before the venture/ corporate journey?

I grew up in SE Asia with my family, living in Singapore, Japan, Hong Kong and Thailand, life was mostly spent outdoors! As the youngest child of three, I have always been curious about ‘why people do what they do’ so I studied Psychology at University before joining the UK Civil Service as an Applied Psychologist, where I worked for 20 years until we started Memento during the UK Covid-19 ‘lockdown’ in 2020.

Every industry that is now a large-scale, top-notch business once started as a small idea in the minds of entrepreneurs. What was that idea or motivation that made you start your business/initiative? What motivated you within to say “YES, go for it!”

We have three main motivations for developing Memento. The first is personal, the second centers around next-gen well-being and the third focuses on the creative community. We have 6 kids between us as founders and we spend a lot of time exploring outdoors. While we’re out, we often tell our kids stories of places we’re visiting and they’ll ask us for photos. We rarely, if ever, end up showing them these memories because it means going home, sitting indoors and scrolling through thousands of photos, on multiple devices – if we can find them at all. Then one evening we were talking about using Augmented reality in new way, we imagined we had an app we could open in-situ and show them all the photos we had taken where we stood, hanging in front of us in AR as a digital, outdoor gallery, anywhere we’d been, we could take photos in an app and have them hanging in the real world to look at when we were back in that place..This got us really excited – our co-founder Oliver has spent years looking for new ways to utilize AR and had been trying to build it into his work with a small, bespoke DOOH Media Owner to no avail – but this was it – an app that showcases AR photos, images and video hanging in the real world, with the added bonus that as our children grew up, they would spend more time outdoors, being creative. Technology is here to stay and if we can give the next generation an app that improves well-being by getting them outdoors, then we could have contributed to the well-being of the entire planet, just by getting users outside more, rather than passively scrolling away, indoors, on their existing apps.

The final motivation gave us the MVP we have today. If we could provide users with an app in which they could create galleries of photos and videos in AR then we had a product that would hugely benefit the creative community. Artists and musicians could upload content in AR and pin it to any location in the world for anyone to see, and, critical to a community who has lost the vast majority of their revenue since Covid, they could sell it! All three combined gave us the motivation to act and we took a big risk – we gathered our savings, signed up to a Start-Up accelerator, got learning, bootstrapped the tech build and went for it!

Memento enables users to create a world filled with digital memories, trails, history, art, music and moments in time woven into the physical world using Augmented Reality and GPS technology. We want people to augment their world and reconnect with the places that feature in their memories and journeys in the location they experienced them and we want the creative community to showcase their artwork and music as AR, anywhere in the world. We recognise that technology and social media is now embedded into our lives, and if we can make one small change – integrating technology and the real world using AR  – then we can get people back outdoors and reconnected with their world without having to compromise on their use of technology. The ‘Memento’ app is currently in Test Flight in the Apple Store and is due for release in September.

I think our greatest achievement at Memento Social Ltd to date is having developed an incredible team to support us to build the Memento app, despite the challenges of the Pandemic, and whilst juggling work and family pressures. Our Advisory Board brings with them expertise in their professional field, as well as new perspectives as a user to the development of the app and they support and challenge us in equal measure. As a team we have great synergy and we’re all motivated to make Memento a success!

Personally, I am lucky to have achieved the first goal I set out for – at a very young age. When I was 9 years old, PanAm 103 blew up over Lockerbie in the UK. I remember thinking ‘why would someone blow up an entire aircraft full of people?’. I told my parents I was going to find out why people would do that. As I got older, I thought my path would lead me to Law Enforcement, but my path led me into Government to understand the motivations of adversaries. I joined the Civil Service when I was 24 and within three years, I was Head Psychologist in the Ministry of Defense, doing exactly what I wanted to do – understanding human behavior. When I set my mind to a goal, I have always achieved it.

I’ve set the bar high again, but I hope to achieve it!

If I could change one thing in the world then I’d ask for every single child in the world to be unconditionally loved and cared for. Secure attachment is the key to healthy self-development and with it, we wouldn’t have the power, ego and fear that drives so much of the world’s decision making. I want us all to have the freedom to make the right choices to tackle todays ‘wicked problems’.

My 9 year old son said recently that if he had a superpower, it would be motivation, because then he’d be able to do anything. I think there’s a lot of wisdom in that.

I guess the moral of this story is every single person has value, no matter who they are, or even how young they are. We need to listen more, judge less and open our minds across the globe. That’s the change I’d like to see.

There is a certain female advantage in leadership; women are more likely than men to lead in a style that is effective in today’s society. In fact, decades of research findings reveal that female leaders display more transformational leadership qualities than male leaders; female leaders have been found to use more encouragement and adopt a more participative approach as well as using more interpersonal skills. These skills limit confrontation and boost the intrinsic motivation and self-efficacy of team members, so female leaders are more likely to construct and nurture a happy, creative, effective, internally motivated and conflict-free team with good psychological safety. That said, there is still a natural bias in organisations towards men in leadership positions stemming from intergenerational perceptions and lived experience, which will take time to shift. While the last decade has seen more women moving into traditionally male-dominated industries, as well as a rise in female entrepreneurs, I’d like, of course, to see more women in high level organisational leadership positions. I do believe a real step-change is coming; we all saw the success of female political leadership during Covid-19 and hopefully these new global perceptions will incrementally support an increase of women in leadership.

During a talk I once gave, funnily enough, on the Psychology of Leadership, I was asked by an audience member why he should listen to me. He was quick to question, from the 500-strong, largely male audience, what he could possibly learn from me as I was the same age as his daughter. I said to him “I think you’re underestimating your daughter Sir” and continued to speak and take questions without breaking my stride. I was not surprised by his comment and had had many similar comments since (and previously), but I’ve learnt to be the change rather than argue the change. I could have listed all my credentials in a bid for credibility, but instead, I let my presentation and my knowledge speak for itself.

Never limit yourself based on the perceptions of others. Become an expert at what you do, live and breathe what you love and seek out incredible managers, leaders, mentors and role models from whom you can learn – and learn often. When you’re ready, be a mentor to both young men and women to show them what’s possible, in the best possible way.