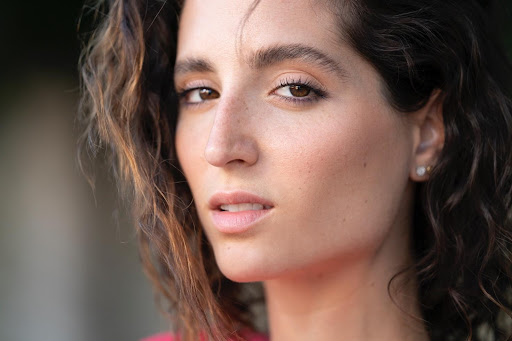 Celina is originally from San Nicolas de los Arroyos, Argentina. She is an actor and co-founder of the Los Angeles-based film production house, Trikon. Having lived in México, Brazil, Switzerland and USA, she grew up with the chance to explore diverse life situations from a young age. Her need to keep exploring and comprehending human nature are what lead her into the expressionist arts. She made her first feature film acting debut in Fuzzy Head alongside Alicia Witt, Rain Phoenix and Numa Perrier. Currently, she is starring in and producing the upcoming film Lluvia Sobre Babel (dir. Gala del Sol), which is in the pre-production stage.

In the first 14 years of her life, she grew up in a small town in the countryside of Argentina, called San Nicolas de Los Arroyos, disconnected from the mainstream world. Because of it, she always saw the movie industry as something that would feel like a far away dream. This is the reason why she never gave the thought to follow that path in her childhood.

“Everyone in my family are either business people or doctors, so I grew up with the misconception that any career in relation to the arts is not attainable and that art should only be seen as a hobby. I studied finances and sociology in Chapman University and it was there where film found its way to me presented on a golden platter I would dare to say,” she says.

In her sophomore year of college, at a store in Chapman University, she met a girl from Colombia who was studying directing. The next morning she receives a call from the Colombian girl asking her to act on her first directing project from the University. She told her that she had never acted before in her life- but that she was down to do it. So, she did.

Talking about her experience on set, she says:

“The experience in that set sparked something inside me, it showed me a side of myself I didn’t know existed as well as the passion I feel of being part of a collective of people that come together to create a unique world. That project screened in the film school and I started getting calls from other students to act on their projects, and so I did. Being part of all those student film sets inspired me to begin the film production company alongside my business partner in our last year of college.”

The turning point that changed Celina’s life was the moment she found the one thing she is most passionate about and that is the mysticism behind human nature, within consciousness. Today, she gets to explore this every single time when she makes a film, as she decided to let go of her need to fulfill other people’s illusions or fantasies about themselves by doing what they want her to do. With focus and patience, she learnt step by step how to put her fears aside.

Celina loves creating worlds- from the story to the music and then, bringing that world to life and partaking as a character within that world. The impact she is trying to make is that she wants to inspire others and trigger their curiosity by becoming a mirror of themselves on screen or in a person that they could judge, love or just feel for, with the means of ‘healing’ apart of themselves.

For her, it was hard to keep her faith and belief and motivation to go for what she wanted when she had people around her that were more scared of it than herself for daring to do what she wanted to do and taking life’s responsibility in her own hands. She says-

“But I embraced the warrior within and decided to fight for what I believe in. The pandemic was a blessing in disguise because it gave me time for myself, to be able to think, question and see more clearly. I know that as a society we experienced a lot of darkness these past two years but also if we let ourselves see, there is a lot of light and awakenings found in dark times and this is how I decided to relate to the pandemic. I wrote a lot of screenplays, it was a chance to get to know myself better.”

The most remarkable accomplishment for Celina has been to be able to dare to follow what feels good to her soul, daring to live. She believes in being able to provide opportunities for people to express their own truth.

For her, failure means not going after one’s dreams- the NO already exists so one may as well just try!

According to Celina, the power of the mind is the most powerful tool we carry with us because it is the only thing that is under our control. It is there where our perception of situations that occur in the outer world get formed, thus, manifesting the way that we feel about life.

In her perception, daring to do something is success and we should just let the results be what they need to be- as human species we are meant to learn how to support each other, we are one and we are in this together.

Celina strongly stands for women’s rights and urges her fellow women to support other females and help them, push them and inspire them to be the best version of themselves- and they can be by being that themselves, thus by becoming that example of support and inspiration to others.