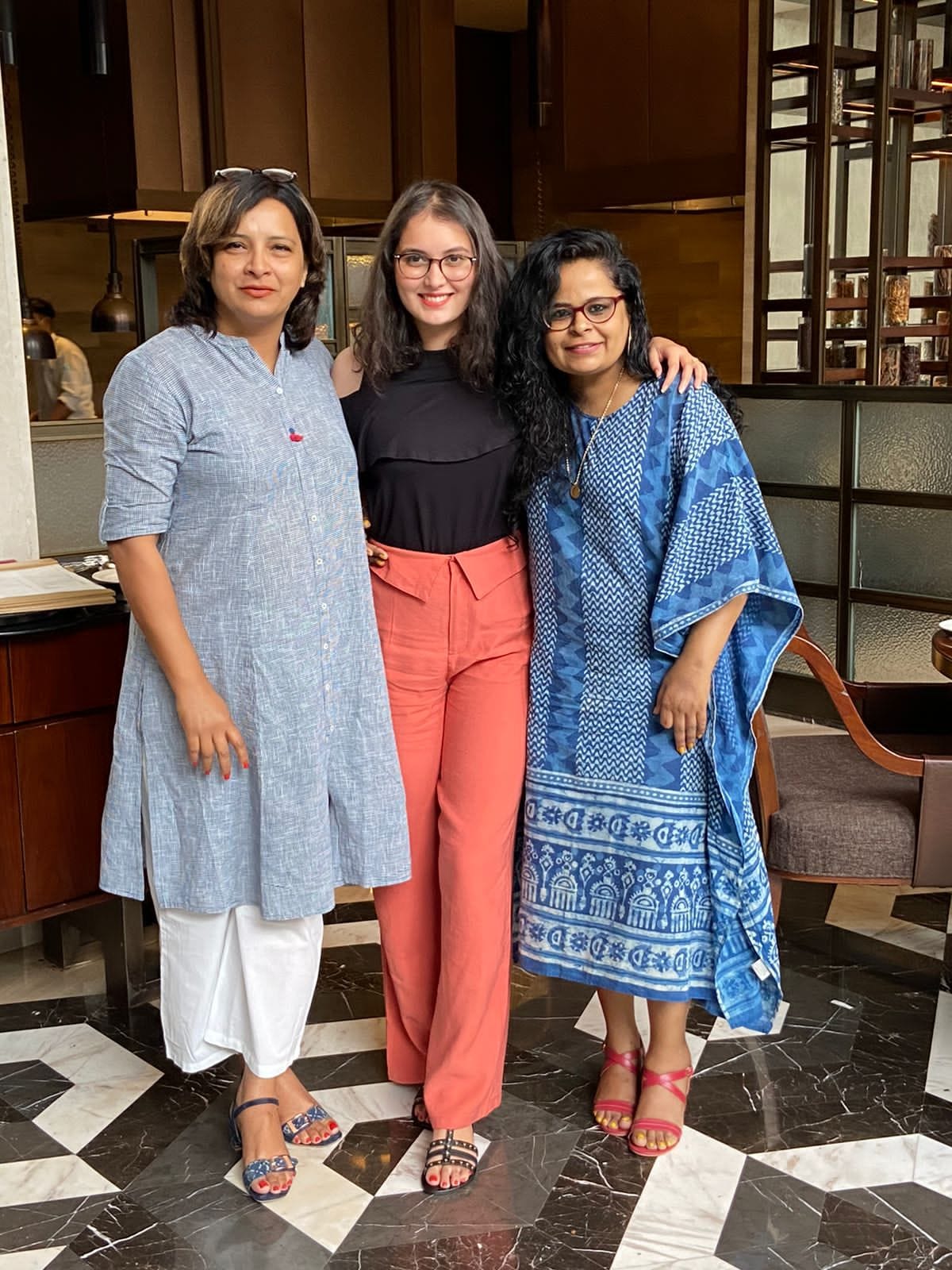 Indira Nair has 20+ years of industry experience and she is known for her tenacity, resilience, and bold outlook on life. Her out-of-the-box demeanor gives her the confidence to take up difficult challenges both in her personal and professional life.

She hails from the small town of Nasik in Maharashtra, India, where she was a firstborn to a ‘Malayali Nair’ family- a progressive but elderly set of parents who never stopped her from exploring new adventures as a child. In fact, all her life, they kept her open to new and equal opportunities that came her way.

To give you a brief about her parents- her mother was a Captain & a war veteran who participated in the 1971 Indo-Pak War as an Army nurse whereas her father was supervising the heat treatment department at Hindustan Aeronautics Ltd, which lead Indira and her siblings to lead incredibly independent lives. Theirs was a matriarchy-driven home, wherein her father always supported and stood by her mother’s profession and the personal home front. This encouraged Indira to become independent and be the pillar of support for her family as she grew up.

Ever since she was a teenager, Indira became passionate about the hospitality and fashion industry and thought of pursuing the same. She took her dream forward by joining M G V College of Hotel Management. Following this, she also thought of joining the airline industry as an air hostess, thinking it was the most desirable job for her at those times. However, the road ahead wasn’t smooth for her.

Her marriage was a turning point in her life. She says, “I got married very young with a nuclear family background but landed myself in a bigger conservative family, resulting in a major culture shock at the age of 21. From an open environment, I entered a closed patriarchy-driven environment and stayed there for 18 long years. All this led to an accumulation of discomfort, frustrations, and hopelessness that tormented and broke me down only to realize that I failed as an individual by being accommodating & people-pleasing, but myself.”

During this phase, she even lost her father & her mother, but she still did not realize that she had missed her ‘responsibility’ as a daughter. Because according to her in-laws, a daughter-in-law was not supposed to care for her aging parents or siblings, and she should not have any connections with them as she was married and now onwards her new home is her husband’s home.

Adding to this ordeal, she also lost her job after 18 long years due to the reduction in workforce (RIWF) in her area. Feeling helpless, she was ashamed to stay at her in-laws’ house as she didn’t want to depend on them for the most basic of necessities. She decided to leave everything behind her and believes that this was her day of ‘enlightenment’.

“There was a time when I thought of going back to them and asking for forgiveness. My then-husband wanted me to return for forgiveness. But thankfully, my ex-husband did not give me any moral support or financial support. He wanted me to fail miserably so that when I return to him- I would be more ‘obedient’ and a dutiful wife” she says.

Since Indira had no backup or support system, all that she knew was to rebuild herself with dignity and respect. She was ready to start at ground zero and hence, she went ahead and did the CP/HRM Program from XLRI Jamshedpur, Chhattisgarh in India. She managed to enroll herself in this program as she received her PF collection from her previous organization. She had to change her profile- from operations to sales- only to realize that she was a ‘people person and a hardcore Sales Personnel. Her journey thereon is totally in an upscale model. During this phase she inspired a lot of women in her daily life, she also started supporting the women who are economically challenged and is also part of “Katalyst-Winds of Change” as a mentor for young Engineering Girl Students coming from rural parts of the country. Our mentors will catalyze positive changes and influence society creating a ripple effect and leading to economic and social empowerment.

Indira’s current role at SecurView Inc. is about managing global alliances and partnerships in a cyber security organization. Her daily routine combines dealing with OEMs, SI partners, and direct clients. She is an integral part of the Sales and Leadership team, supporting the organization to realize revenue. These interests also paved her way in marketing, and now she supports her organization with her marketing strategies and initiatives.

The impact that Indira is trying to bring to her organization is related to branding, attracting potential candidates, retaining high potential resources within the organization, and attracting direct customers. She believes that the combined effort put in all these collaterals will help create a ‘niche’ for the organization. Additionally, she has also built her own professional brand and personality in the last 7 years which has helped her further in her current role.

As she looks back on her journey, she feels proud as just 7 years post her separation from her husband, she could create a brand image for herself. She has been able to grow financially and has reached a leadership position in a very short span of time.

Indira believes that most women tend not to realize their true potential until they survive a hard-hitting situation. She believes that they are far stronger and more capable than they think. She advises that if somebody does not offer you a space at the table, then one should go pull herself a chair and finally do our best to empower each other.

She always feels inspired and empowered to see us women thrive through everyday battles and challenges with an entrepreneurial mindset and a beautiful smile, adorning our powerful personalities. She wishes the best for every woman out there, who are fighting through thick and thin, for their own rights.