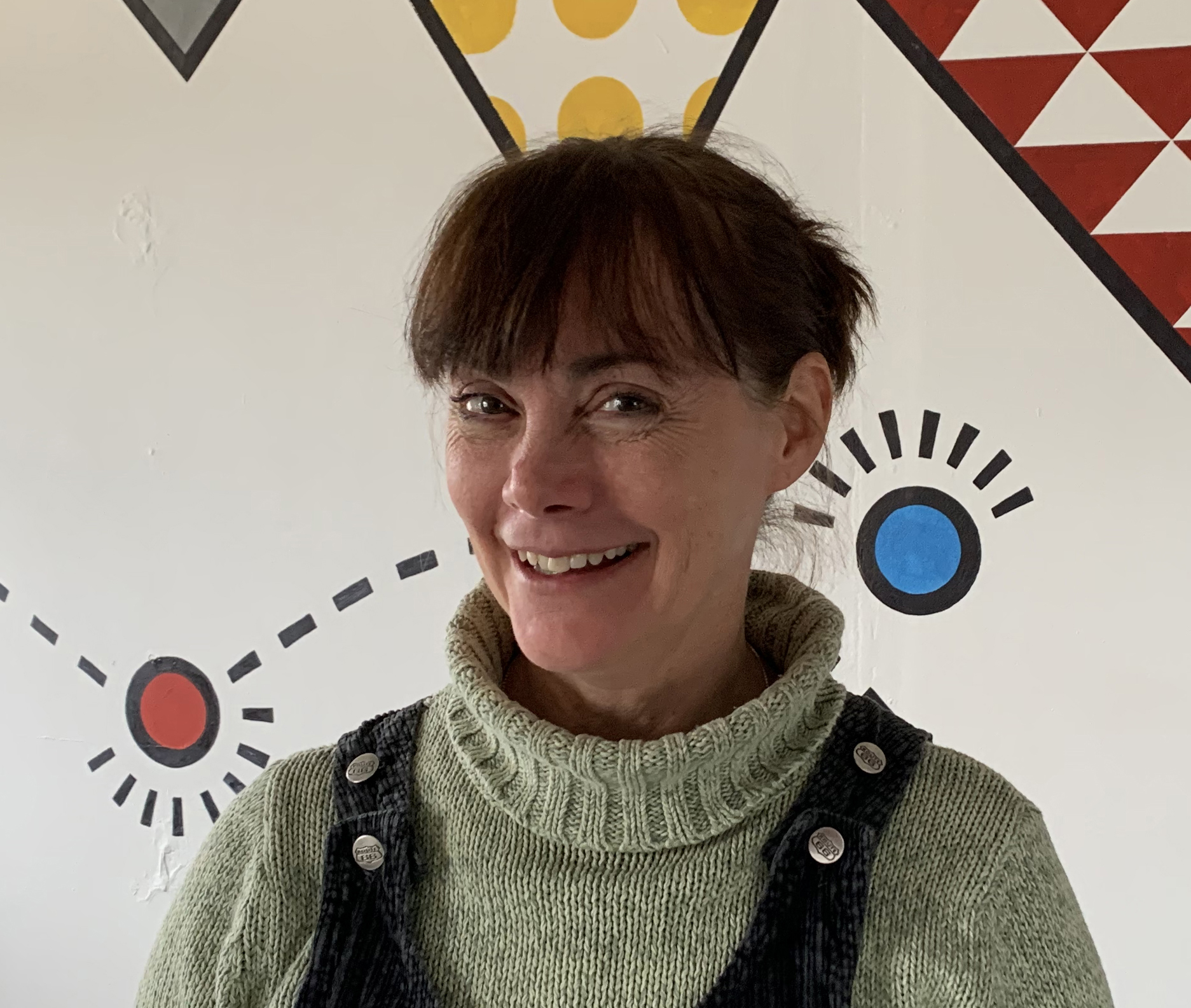 Meet Gail Hoban- Brand and Campaign Designer at GAS studio, a design venture for brands and campaigns  that brings together diverse communities.

Gail Hoban grew up in the 70s with her parents and younger brother. The first ten years of her life were spent in the Midlands in a house with a big vegetable garden near a cattle market. Most of her clothes were sewn or knitted by her mother and the life of clothes was extended with ‘extra hems sewn’ according to her. When she turned 10, the family moved to Lancashire where she got introduced to the world of art- it was a shock to her parents when she showed signs of being interested in a creative career! Going with her gut, she started her design journey at the age of 17 and has never looked back ever since. She decided to pursue graduation in Information Graphics after which life moved faster than ever:

“I had been a designer since I graduated in Information Graphics in 1986 before Macs were even invented! I worked in the design industry for 11 years at 4 different design agencies, I got married in 1992, fell pregnant at 31, had a miscarriage which made me reevaluate, fell pregnant two months after- things kept happening one after the other and my career took a backseat for a little while,” she says.

She continues, “My parents were not nearby so I didn’t have easy childcare options once my daughter was born. I contacted a local art college and began lecturing part-time alongside managing small local design clients who were less demanding. This meant my hours could be regular and I could get childcare to support the hours. I stayed at the college for 15 years with a few breaks, including to have my son. By the time I left, I was running two Foundation Degree courses- Graphic Design and Fine Art.”

She left the job in 2014 due to hectic schedules and less pay while starting her own label from scratch with no clients but a bit of money she had saved from selling vintage homewares and prints on Etsy.com. She also gave online design classes to a global cohort of students up to the MA level.

It was when she was finally getting busy working for herself that one of her ex-students from her very first batch had moved into the same village as hers and was looking for someone to help him with planning and designing.

Following this, the duo launched GAS Studio (where GAS stands for Gail and Steve) in 2017.

“We started focusing on brand design but didn’t have a strong enough strategy to build expertise in a particular area. We tried and failed in a couple of directions. It took the pandemic for us to sharpen our focus. With several projects focusing on different communities, we realised this was the right time to focus our work around non-profit communities,” she says.

The GAS Studio focuses on design for brands and campaigns. Both Gail and Steve think that design is a powerful tool to reach diverse groups. They believe if language and messaging are relatable and put their community as the focus of the communication, it can help support positive behaviour change.

They also have a free-of-cost side project called Joining the People which they are currently building in their spare time to help community organizations prepare to gain funding to tell their story and start their own brand or realign their venture.

Recalling their challenges, Gail says: “Through the first year of setting up GAS Studio, things were not really simple. At 51, I was still having periods, but they were getting increasingly heavy to the extent I couldn’t leave the house for longer than an hour without fear of leaking on the heaviest days. In the early days, we were working from my home, which caused some moments of embarrassment. I hope I managed to hide from Steve. Adding to this, during the summer of our first year, I was diagnosed with an ovarian cyst, hyperplasia and a precancerous womb. The surgeon recommended a hysterectomy, removal of ovaries and cervix. A bit of a major event for a new business. I managed to get back to work as quickly as I could and fought against it by challenging myself to a 60-mile cycle event 7 months after the operation. It was very difficult for me to reach where I am today, literally!”

Today, she cycles to work, spends time with her family, has a studio 5 miles from where she lives and loves what she does both professionally and personally. While she believes that her venture has not changed her life, she feels fulfilled and content from inside- and that is what matters the most.