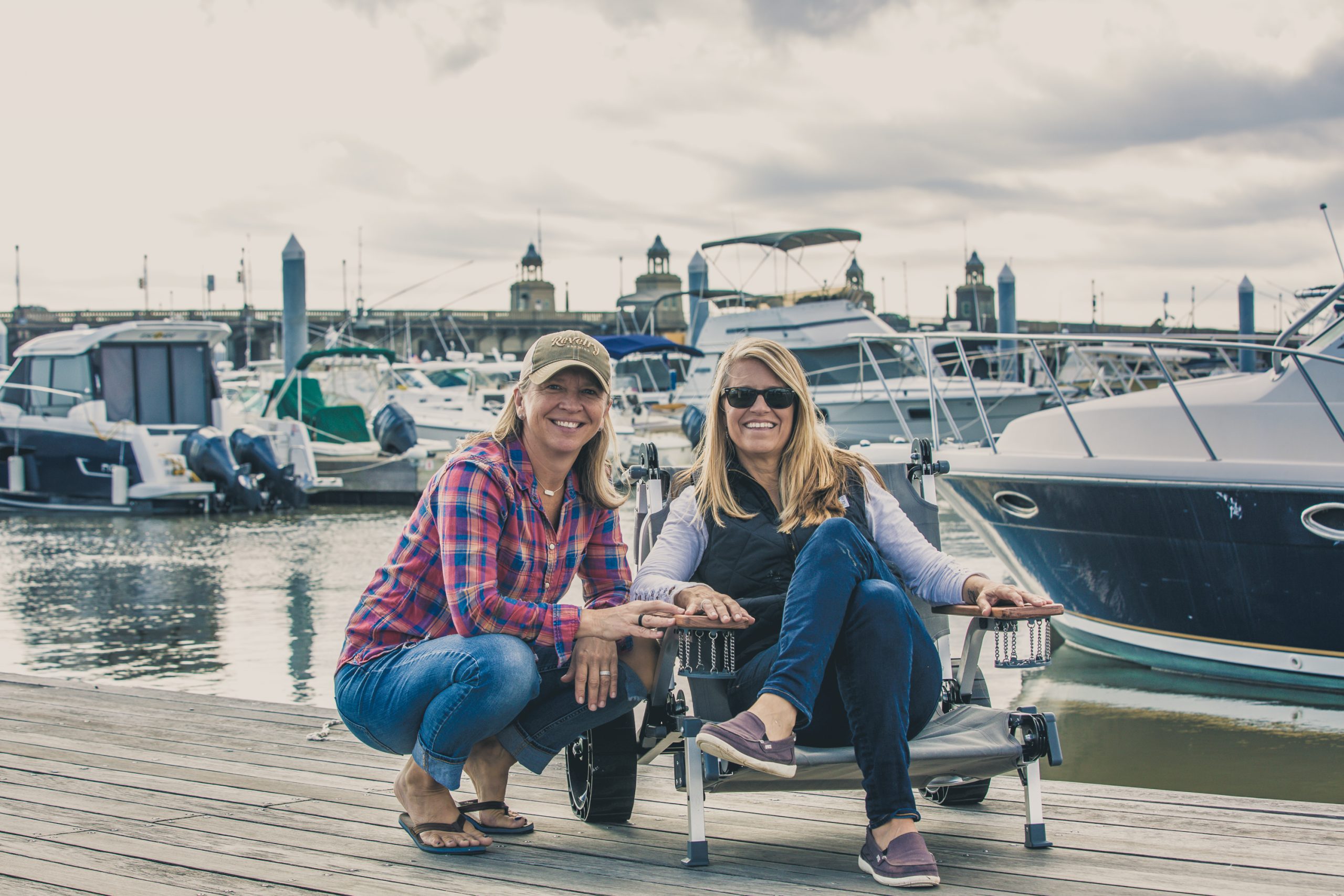 Making your parents’ dearest wishes come true is a privilege for every child. Twenty years ago, as Paul and Jerie Weldon sat on Bethany Beach, watching a mom of three struggle with her stuff, they had an idea to build a chair that could be used to carry all the beach items at once. They weren’t engineers and only had their own ideas and creative minds. Sketches were drawn, a plan was put together, a patent was granted, but then they hit a roadblock.

Fifteen years later, their oldest daughter, Jules Pierce lie “Jules” Weldon, decided to bring their design and innovation alive. She partnered with a friend and colleague to redesign the product and won many innovation awards. It attracted many eyes, gained media exposure, and customers demanded a product also relevant to fishing, climbing, hunting, soccer games, and other outdoor activities.

But the journey was not as easy. In 2014, Jules realized things weren’t working out as she wanted, and it would be impossible to set them right with the current manufacturer. Two Three years later, Jules and her wife Stacey  Weldon Pierce decided that the idea was not dead yet. They launched OME Gear (Oceans, Mountains, and Earth). They successfully redesigned the product and launched the revolutionary 5-in-1  Kickstarter and Wanderr. Customers have been loving The Wanderr, and the co-founders couldn’t be happier.

Talking about the company a bit, they say, “We are a women-owned outdoor gear company. Our mission is to produce quality products to help people get outside more easily.”

They say the third time’s the charm. This is exactly what has happened to them. They are taking their Jules’ parents’ legacy forward and also helping out the beach bumsoutdoor lovers who were strugglingstruggle to carry all their stuff. You know your venture is going to be a hit if it solves a problem. And OME Gear is doing that quite well.

Things are slowly getting better. In 2020Over the last couple of years, they received 3 patents, fired their old manufacturer, and hired a new one – both during Covid. They had to sell almost everything to fund their company. Now living in an RV, they move around the US, promoting and building their brand. Their two biggest challenges are manufacturing and raising funds but they are making it work.

As an entrepreneur, it is crucial to mtake difficult decisions to help your business, and yourself grow. Comfort is the enemy of progress, and Jules and Stacey aren’t going to let it get in between. They wish to make the outdoor experience better for their customers, and their products are helping a great deal with it. Leaving an inspiring message in this regard, they say, “The biggest risks in life are the ones not taken.” We would prefer to give 100% toward something and fail than 0% towards nothing and look back, thinking we “shoulda”, “woulda”, or “coulda” done some great things!”

And Jules and Stacey are committed to building something great.