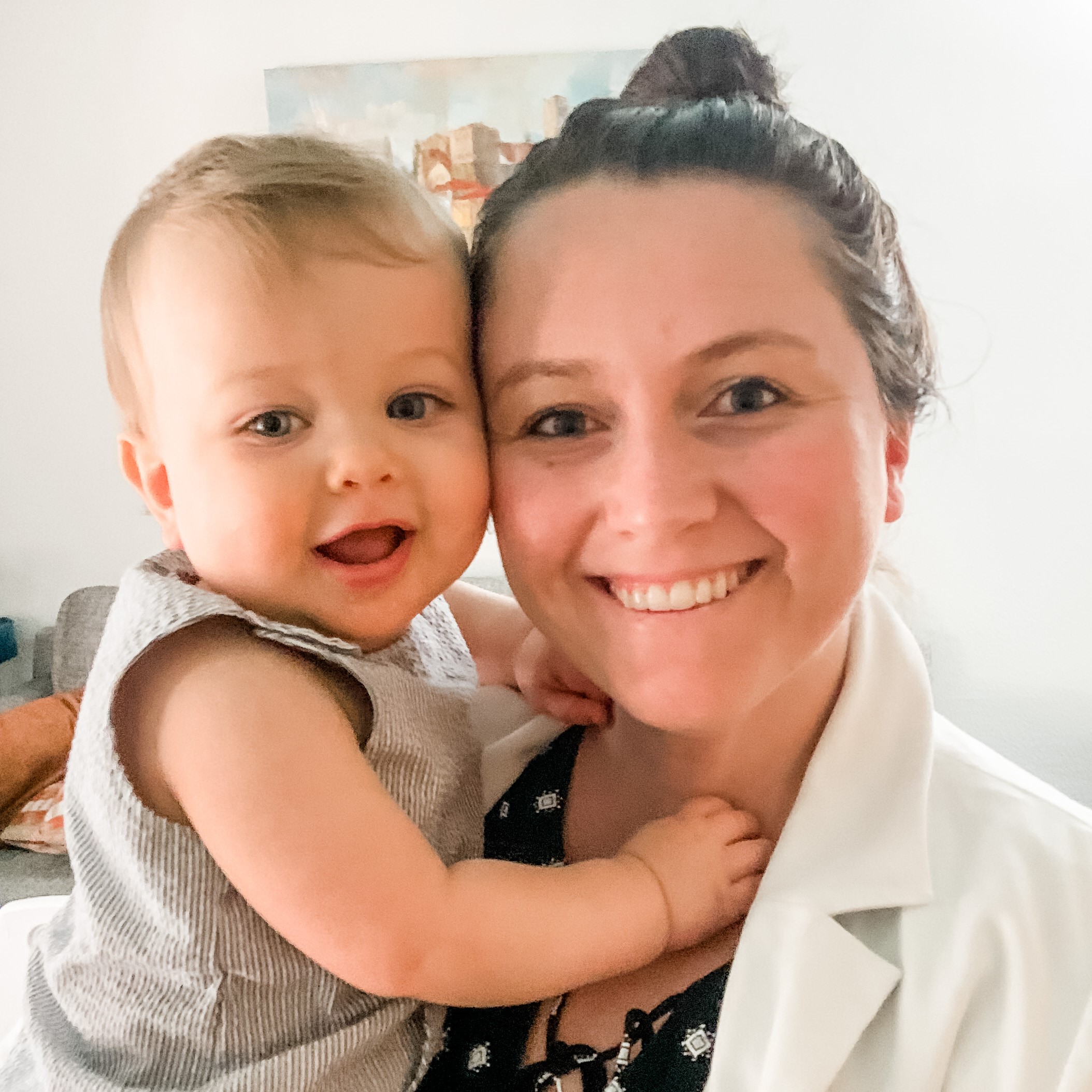 Jaclyn’s mission statement is: ‘To lead with empathy, integrity, and service to influence systems and impact underserved and vulnerable populations.’ This mission statement guides her in her personal life with her husband and almost 2-year-old son, her social connections, and her broader family. It is also what led her to be a fierce pediatric feeding disorder (PFD) advocate through her work at Feeding Matters. Outside of work, she is family-focused and loves the nonprofit sector, sports, and life in general.

Growing up, she had the privilege of being able to experience many various activities outside of school including competitive dance and karate. Oftentimes though, she felt like an outsider looking in, especially in social situations- but she doesn’t think of this as a problem or a bad thing but is rather thankful for it as it led her to be able to think outside the box.

She always knew he wanted to make a difference and help people. It’s why when he went to college he went from wanting to be a teacher, to a nurse, to finally ending up focused on studying nonprofits. Even though she wanted to help, she didn’t always know in what way. She often thought helping people looked like changing one life at a time and that is certainly very valuable work. But along the way and after her graduate work in healthcare innovation, she realized that she gravitated most towards complex problems; she did her best when looking at systems and finding unique solutions.

“Before Feeding Matters, I was committed to an organization that worked to prevent and treat child abuse and neglect. I did my internship there, was a part of their fundraising team, and supported their social media. This is a mission that is still close to my heart but as I realized that I wanted to impact systems and that I had a passion for healthcare innovation, I knew I was needed elsewhere.  When the opportunity came up to work at Feeding Matters as their grant writer and volunteer coordinator, it felt like the right fit for me even if it was a bit of a risk,” she says.

Back then, Feeding Matters was a small nonprofit and Jaclyn was coming from a large, well established one. It was an organization that was focused on root causes and systems and was the perfect marriage between nonprofit management and healthcare innovation. Since she started working at Feeding Matters over 8 years ago, she hasn’t looked back till now. She constantly found herself challenged to make an impact on the population of children with PFD. And now, she embraces it.

Established in 2006, Feeding Matters is the first organization in the world to uniting the concerns of families with the field’s leading advocates, experts, and allied healthcare professionals to improve the system of care for pediatric feeding disorder through advocacy, education, support, and research. Defined as the impaired oral intake that is not age-appropriate, and is associated with medical, nutritional, feeding skill, and/or psychosocial dysfunction, pediatric feeding disorder is estimated to affect more than 1 in 37 children under the age of 5 in the United States1. For these children, eating, drinking, and swallowing are painful and frightening – ultimately affecting their behavioural, physical, and emotional development. Despite PFD being more prevalent than Autism or Cerebral Palsy, children with it continue to be overlooked and underserved.

Feeding Matters has grown significantly over the years and for Jaclyn, it shows that she is on the right path, that information and awareness about PFD are vital to supporting children with PFD. She says: “We have seen the new diagnosis bring validation for families who never knew the name of the condition their child has. As we embark on this and grow our awareness of PFD, we have realized so many other valuable lessons. We invented a new diagnosis that didn’t exist (on paper) before and have united a community that has felt lost.”

The challenges that she currently faces include becoming CEO of a nonprofit during a pandemic while also having a 7-month-old bay. She tries to approach this from a place of continued learning which also includes supporting her team, moving them forward as an organization during a pivotal point in their history, fundraising for a unique issue and still making sure she’s putting her family first and taking care of herself. This phase in her life is quite intense and she often witnesses highs and lows but she feels lucky to have so much support in her life- especially from her husband- be it caring for their son or managing a supportive team at Feeding Matters.

As she looks back at her career, she thinks about those times where she was the most scared- Scared to believe in herself, to take a risk unapologetically, to think differently. Jaclyn thinks letting go of fear itself was the one idea that unlocked the future for her. It allowed her to strive for things she never thought possible; making the lateral (somewhat backwards) career move to Feeding Matters, speaking up about ideas she had, taking the CEO role when the pandemic had so many unknowns and having a baby at home. Her mantra is:

“Nothing is pre-determined. It is up to you to listen with an open mind, stop judging yourself, always be learning, and put yourself out there. Your ideas and your voice are important.”