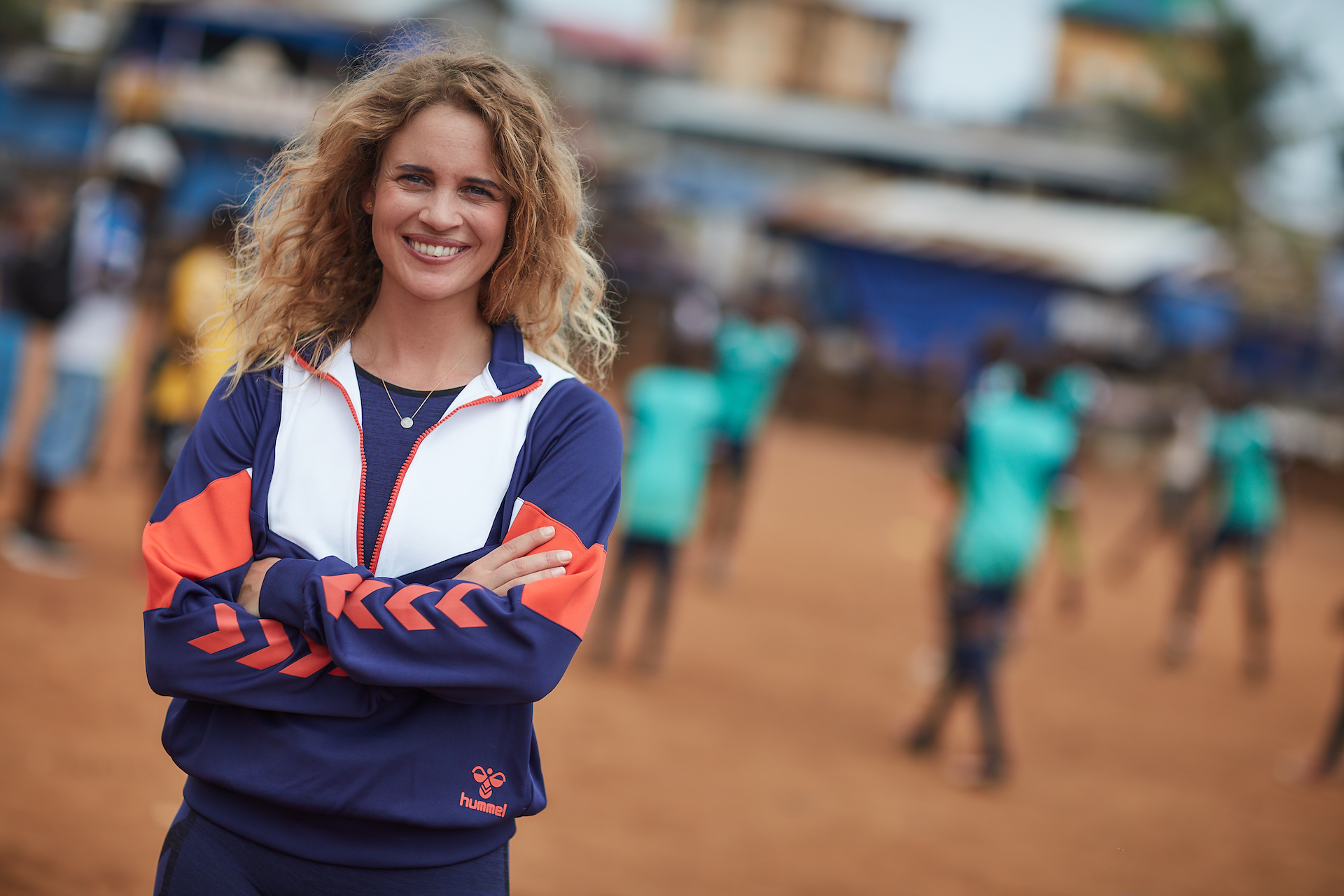 Meet Cecilie Hauerberg- Co-founder and Head of Secretariat at FANT, a football-based NGO in West Africa for marginalised communities.

Cecilie was born and brought up in Denmark, Scandinavia. For the past 10 years, she has been dedicating her life to her organization FANT- Football for A New Tomorrow, which aims to create better life circumstances for marginalized groups in West Africa through football and sports communities. At present, she stays in Copenhagen in a one-room flat but spends around half of her time in Sierra Leone, Ghana and Gambia in West Africa.

She grew up at a small farm in Denmark in a small community and loved spending time in nature, making up new games and finding new places in the forest. Her parents got divorced when she was just 7 years old and she moved with her mother to stay in a city house. Even though her parents are not educated and have always had low-paying jobs, she always knew that she was immensely loved and understood by them.

When she reached the age of around 20 years, the world started to open for her. As a child, she never really went outside Denmark even for vacation but in her 20s, she started travelling around the world with her savings and this really opened her eyes to injustice and inequality in different cultures. She found it interesting to understand other societies and she fell in love especially with the African culture and mentality. Following this, she started studying at Roskilde University where she got a bachelor’s degree in Development Studies and Geography.

“After this, I really wanted to use some of the theoretical knowledge I had gained through my network and by coincidence, I heard that the Danish sportswear company Hummel and the Danish Sports Association DGI wanted to expand their collaboration by engaging in a development sports project. I had an idea about how it could be done and I already wanted to support local communities in Sierra Leone to organize their sports activities better- so it became a positive factor in the community and not an issue creating fights and problems,” she says.

FANT is renowned for two things: They work to create better life circumstances for children and youth in developing countries and they use sport as a starting point for everything that they do. “Because we love the sport. Because sport is a universal language. And because healthy communities often happen around the sport,” she says.

By engaging in partnerships with local grassroots organizations, FANT helps to establish and develop local organizations. They support development through education in democratic principles, human rights, local legislation, fundraising, health and much more. Cecilie’s main priority is the most deprived and marginalized groups- the children, girls and the disabled. They support the strongest to be in front as role models, coaches, captains, or organizers. In this way, their projects give the most vulnerable a chance and the strongest a responsibility.

For her, the first many years were a struggle to fundraise enough money for their projects. She says, “We were always a step behind and had to cut into the bones in everything we did. There was no extra money and all people in Denmark were working on a volunteering basis including myself. I was taking a master degree in African Studies, working as a waiter and after that spending all of my time on FANT. It took 5 years before FANT had reached a point where there was a little left for salary for me. Those 5 years were really hard. I was educated about how to engage in development projects and not how to fundraise money, make a homepage, use Social media, create payments methods etc. But I needed to learn everything myself because there was no one else to do it.”

Even though she still has challenges, she deals with them more strategically instead of just wanting to survive. She is learning to let go of certain assignments and jobs as they are growing rapidly and she cannot be involved in everything that happens on a minute scale.

Following are the achievements that FANT has been able to achieve in the last 9 years since its inception:

Cecilie started FANT when she was only 25 years so most of her grown-up life has been around FANT. Her organisation is a big part of her identity and she constantly dreams about its future. It is almost impossible to imagine FANT without her involvement.

To all the women who aspire to become entrepreneurs, she says, “Reaching our goals and dream in life takes sacrifices and hard work. I have learned that nothing comes easy. But just because it is difficult, it does not mean that you shouldn’t do it. The greatest achievements in your life will be the ones you fought hard for.”