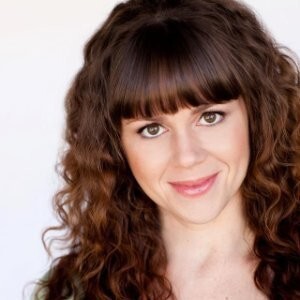 Meet Andrea Chesley, the Director of Enrollment Management of Ross School, the only N-12 private, non-profit, private school on the East end.

Originally from Phoenix, Arizona, Ms. Chesley is a trained actress, dancer, and singer, with a BFA in Choreography and BE in Secondary Education from Arizona State University. Moving to Los Angeles in 2009, she pursued a career in dance and acting and performed stand-up comedy at legendary LA venues such as the Hollywood Improv and the Comedy Store. As an amateur chef, she competed on the 5th season of the “Great Food Truck Race” on the Food Network, but ultimately, she found her way back to education with the admissions team at Idyllwild Arts Academy. At the academy, she also taught Musical Theatre Jazz Technique. Andrea is also a founding board member of Kern Dance Alliance, a dance advocacy organization in Kern County, California. In her spare time, she loves to write comedy, travel, and eat.

Ms. Chesley grew up in a very religious household, but her parents always supported her various artistic explorations – from piano to tap class, and even trying out for Star Search! Before her career in Admissions at Ross School, Andrea was a high school dance teacher, professional contemporary and burlesque dancer, and had many adventures pursuing acting and comedy in Los Angeles for almost a decade. She also ran a funky little hotel in Joshua Tree, California for 6 months. Talking about her move from California, she says, “The move to New York from California to 2019 was sparked by a dream – I’ve always had to live on the East Coast and the opportunity to direct the team at Ross School. So far, so good!”

The school where Andrea works, Ross School, is a private international boarding and day in one of the most beautiful and exclusive locations in the world, The Hamptons. The school’s mission is to change the way education meets the future; to foster interdisciplinary, integrated thinking and innovative leadership; to engage fully in the global community; and to facilitate lifelong learning. Its model of education was created by some of the brightest minds of the time, mostly in collaboration with scholars from MIT and Harvard. Two of the most important contributors of the fundamental plan are poet and historian William Irwin Thompson, and mathematician and chaos theorist Ralph Abraham. Ross School collaborates with experts and scholars from around the world, and Harvard, MIT, National Geographic, and Hitachi are just a few names that the school works with. Talking about the main goal of the institution, Ms. Chesley says, “We are unique in the idea of cultural history as it shapes the future, innovation, and most importantly, globalization and global citizenship.”

During her career, Ms. Chesley has been able to assume leadership roles and responsibilities very quickly. She was promoted to Director at Ross School very early in her career in admissions and just as the pandemic hit. Though they have faced many challenges as an institution, the admissions team remains a creative and high-performing group of people who truly enjoy what they do. She says, “I believe the response continues to be overwhelmingly positive in a time that can make people feel skeptical or uncertain.”

Andrea had to overcome a lot of hurdles to achieve her dream; her most tough critic being herself. She elaborates, “My biggest challenge was overcoming the overwhelming feeling that I was not qualified or did not deserve the opportunities that kept presenting themselves to me. I felt and still feel this way despite the fact that I have worked very hard for every one of those opportunities my entire life.”

Today, Ms. Chesley has traveled all across the globe and lived in her favorite city in the world, Los Angeles, CA. It has made her fearless in the face of change and uncertainty. She strongly believes that no decision is the wrong decision.

When asked for a piece of advice for those who are struggling to reach their goal, Andrea says, “Never underestimate the power of surrounding yourself with and supporting women you feel are smarter or more talented than you. It only challenges you in positive ways and allows you to be more successful.”