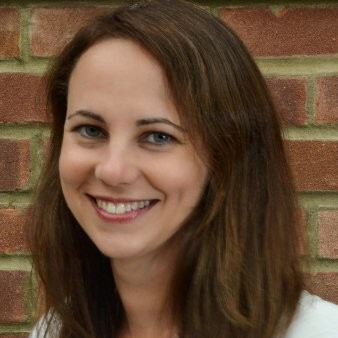 Meet Elizabeth Philp, Co-founder, and CEO at Roseway Labs, a pharmacy that works with private doctors to deliver personalised medicine that addresses ageing and improves health.

Elizabeth Philp went from a career in human resources and management consulting to establishing a healthcare venture in the span of ten years. She put to use the experience and skills she learned over time to start Roseway Labs in 2018, a pharmacy that works with private doctors to deliver better care to their patients. After leaving her last job in healthcare, she stayed in touch with her coworkers, who are now the company’s co-founders. They came up with the idea for Roseway Labs while chatting one day and got to work right away. Philp created the business plan and raised the necessary funds to get the venture off the ground.

Elizabeth grew up in a conventional and risk-averse family in the UK where her parents’ divorce damaged her confidence. She went to an average high school that sent very few students to the university, so she had to forge her own path. Even after graduating from high school with A levels in Physics, Chemistry, and Math, her best career advice was to become a beautician. There was barely any scope for women in science.

As Philp graduated college with a BSc in Chemistry and Maths, she had no idea what to do next with no one to advise her. After working in human resources management and outsourcing, she left to pursue her MBA at London Business School, which enabled her to launch her own consulting firm while also mentoring small businesses and start-ups, including through the Prince’s Trust. Then, she took up a job in health care after a maternity break, which eventually led her to start her own venture.

Elaborating on what her company does, she says, “Roseway Labs is a compounding pharmacy, which means that we take medication for a particular patient who has a private prescription. We offer alternatives to patients who find that standard UK medication doesn’t meet their needs. Whether that’s by combining ingredients, changing the form of the medication, or making it without particular ingredients. We also provide regular medication, we import medication, and we offer specialist supplements. For convenience, we deliver medication directly to our patients.”

As a female working in a male-dominated field, Philp has been in jobs where she was paid less than her male counterparts. Next, working in human resources was a trying time in her life because she didn’t enjoy it. She is, however, grateful for the lessons she learned through it. Currently, she is attempting to strike a balance between cash management and sales while also developing operational capability and capacity. She is working to keep them in sync with one another. She is a practical person who likes action. Having waited so long to find a career she loves, Elizabeth doesn’t have time for sloppiness and half-heartedness. She has given her all to the venture and is working tirelessly to make it a success and help as many people as possible.

The company has grown quickly as they are helping doctors solve problems and cater to the needs of the patients better. They go an extra mile for their customers which has helped build loyalty. Roseway Labs has been nominated for several awards and has excellent google reviews that add to its credibility.

It took a while for Elizabeth to figure out the career that she truly enjoys, but she finally did. It is tricky to manage work and family together but is excited about the new plans she has for the business. She had to adjust to the startup salary but isn’t complaining. Leaving an inspiring message for the readers, she says, “It is easy to be discouraged from taking risks, whether by family, friends or general fear. However, leaving corporate life and a stable salary is exhilarating, and it is perfectly possible to make a living on your terms. Just make sure you have a plan that you can deliver and a network that you can call on. Knowing your first move is key, but you have time to figure out the next move.”