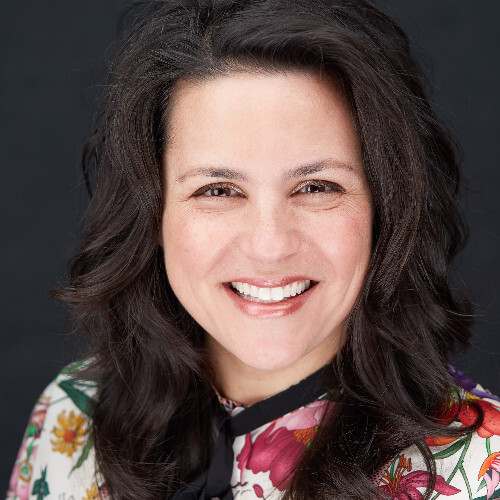 Meet Krista O’Malley- the Principal & CEO of Command M, a design firm that focuses on building relationships between brands and consumers.

Krista grew up in a family of eight, being the youngest among six kids. Call it coincidence or anything, almost all of her siblings including herself chose to be an entrepreneur, following their father’s footsteps. However, she chose to start her own individual journey- “I don’t remember what year it was, but I had been travelling on the road working for a large corporation when my sister and dad asked if I wanted to come back and join the family business. I said that while I would love to work with them, I didn’t want to work for them- that kind of kicked off my entrepreneurial journey of opening a commercial floor covering company. Even though I worked as a subcontractor to my parents’ and my sister’s company, it was really entirely my own. Even though a lot of things didn’t go as planned, we were going to buy a company and take the sales part of it and I was going to kind of learn the business from the owner when I got to know that he suddenly died. Since I was kind of thrust into becoming an entrepreneur immediately, I thought, ‘well, how hard can this possibly be? I can just figure it out, right?’ Anyway, so I started this floor covering company, really not having any expertise or experience within the industry and it was really an interesting opportunity to figure out the mechanics of business when you have no idea what you’re doing,” she says as she talks about her how she started with her journey of being a businesswoman.

As she stepped further into the workings of a business, she realized that floorcovering was not a very straightforward business. To her, it appeared like almost an old boys’ club, mixed with variable pricing and some really crazy other things. While she was able to make it a successful endeavour eventually, she realized that in this business, there are a lot of high risks involved for which there are very low monetary rewards available from a margin standpoint, looking from bottom-line profit. After thinking about what she loves doing more than anything, her inner-calling concluded that when there’s no architects and designers available in the market because they are involved in other projects, she could easily get to play that part if she could understand how to get hold of those projects. “Our first RFP was for Google. And we won that RFP. It was really, an incredible feat, honestly, with a limited team. We started this company that kind of hit the ground running, it led to the opportunity for us to open to other companies that were somewhat affiliated with our current clients and that was kind of interesting,” she says.

For Krista, the idea of being constantly curious has always worked. She believes that as we continue to evolve and iterate and learn, staying constantly curious with a learner’s mindset is something that has always worked for her. Her venture, Command M, is an experienced design firm and it focuses on the connection between brands and their audiences, making memories of memorable experiences and events and the utilization of all of the five senses to make sure that the brand leaves a long-lasting impression with their consumer, whether that’s another business, B2B or to B2C.

Till date, Command M has worked on large events, be it outdoor or indoor events. It has also designed what the future of retail might look like, for example, Krista’s team brought someone from Ireland who was interested in bringing a new protein bar and salty snack. Her team helped them with their entire branding, identity, identity persona, packaging, how they’re going to show up on retail shelves, etc. to help them with various ways to interact with the consumers and other aspects related to brand building.

Looking back at how far she has come, Krista feels proud and plans on launching a new company called ‘My Power Pack’ in March this year, which will be a digital community centred around people who need help and those who want to help for brand building. In its conceptualization, it is a bit different than what Command M does for its core mission. “For all the women reading this, I would just like to say one thing- choose to live in your present rather than your past or future because if you don’t live here right now, you will be losing a chance to build something that can shape your tomorrow and make you move on from your yesterday,” she says.