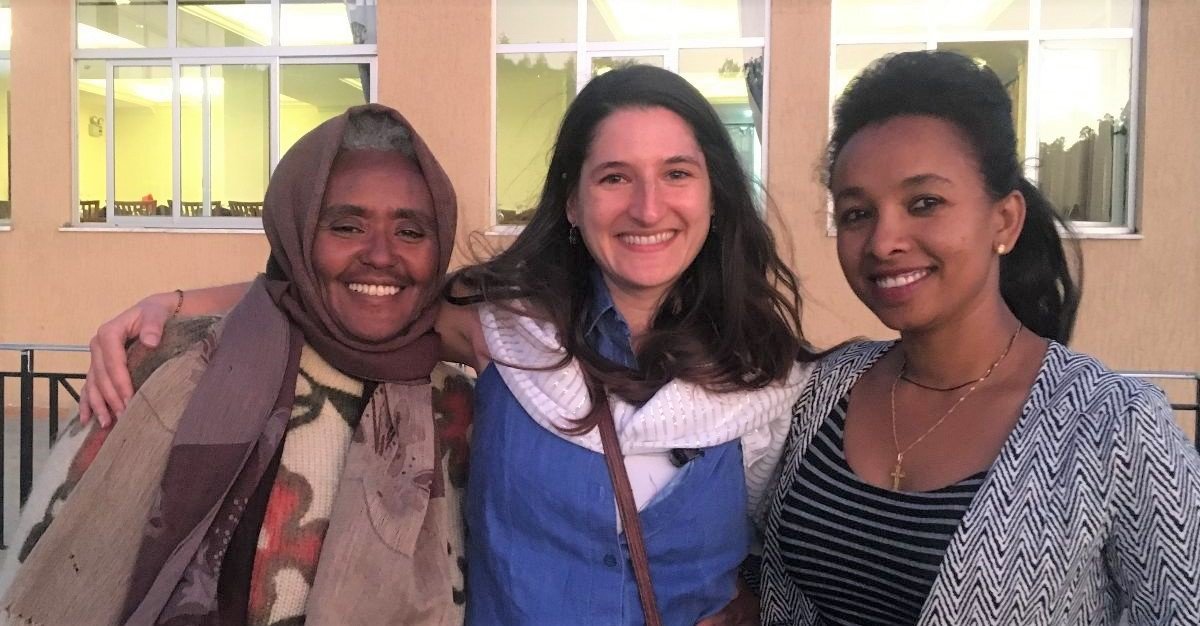 Meet Elsa Kebede, Country Director at Together We Learn, a non-profit organization that works to uplift the marginalized communities in Ethiopia.

The world might be on its way to change and progress, but there are still countries and communities that haven’t evolved as much. Elsa Kebede hails from Gondar city, Amhara Region in Ethiopia, a country in East Africa where she works to uplift disadvantaged communities. Elsa grew up in a rural area with her three sisters. Her primary school was far away from her home, and she had to walk miles to get there every day. There weren’t many facilities in the school, but it was the only one in the area. After school, she joined the University for a Diploma and then received her degrees in management and English teaching. She also has a Master’s Degree in Sustainable Development and Public Policy Making.

Elsa started her career as an English teacher, teaching students in primary and then in secondary school. She also worked as a school coordinator, assisting students with their projects. This is when the Together We Learn (formerly Link Ethiopia) team came to visit the school. She became aware of their work and how it benefited the community. Impressed by their initiative, which also aligned with her goals, Elsa joined them. This was over a decade ago, and since then, she and her team have worked tirelessly to incite real change. As a school teacher, she was able to help only one school, but with Together We Learn she can reach out to multiple schools and offer support wherever necessary.

Soon, she was promoted as a school link manager, regional manager and now serves as a Country Director of the non-profit organization. Sharing more about the initiative, she says, “Together We Learn works to break the cycle of poverty by giving disadvantaged children access to quality education.” They offer training and facilitate disadvantaged children, especially girls, and contribute to female empowerment. She notes that the girls residing in the rural areas around the world are forced to stay at home and perform domestic chores. They have no access to education and opportunities in comparison to the boys. Due to a lack of period necessities, these girls skip school during their monthly menstruation cycles. This often leads to them dropping out altogether. Also, there is a decline in the number of students in the school as they move to secondary level. As a leader, Elsa works to support these girls. She talks to their parents and tries to make them understand that, given a chance, their girls can outperform the boys. She gives them examples of successful women in the country, including herself, who hold prominent positions. This encourages them to send their daughters to school rather than putting them to work in the house and eventually getting them married.

Together We Learn runs a child sponsorship project where they offer assistance and support to the girls, who are on the verge of dropping out. They understand their problems and give a viable solution to keep them at school. The organization also provides the training to learn life skills and medical issues. For instance, they provide menstrual kits to the girls with reusable sanitary pads and underwear. This enables them to attend school even during their periods. Also, they teach them about contraceptives and defence techniques to wade off any attacks. In another project, Together We Learn focuses on the physical health and fitness of the girls while also empowering them. They’ve formed a girls’ football team, and practice for 3-4 hours every weekend. Because football is often thought of as a “boys sport,” this project is breaking down gender stereotypes and teaching girls that they are no less than anyone.

Getting to know Elsa’s story and her work throughout these years, we can confidently say that she is the perfect role model for the people of Ethiopia, particularly women. She wishes for them to learn, grow, and become better versions of themselves. It can only happen through education and Elsa is ensuring they get all the support required to pave their path towards success with nothing holding them back.