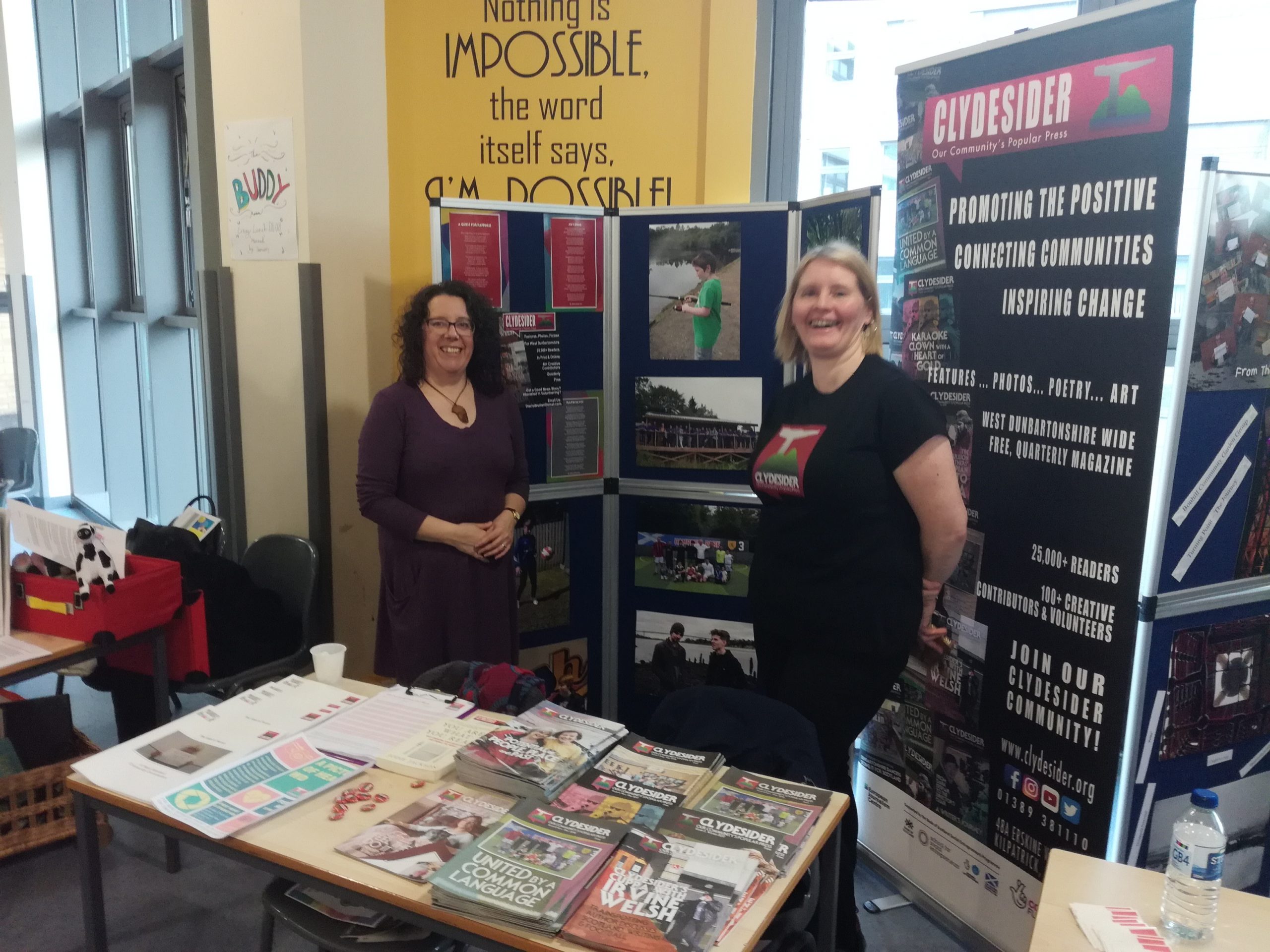 Meet Amanda Eleftheriades-Sherry: The Director & Editor at Clydesider Creative, a creative community magazine based in Scotland.

Amanda (she/her) identifies herself as a woman who is passionate about people, human connections and how individuals make a positive difference during their time on this planet. At present, she is the founder of Clydesider Creative- a community media and creative training social enterprise based in West Dunbartonshire, Scotland. She also leads a small team of women all from her community while being a wife (quite a new role for her), the eldest one out of nine siblings and a New Scot trying to settle there since 1990.

Being the eldest child in her family (out seven girls followed by two boys), she learned about responsibilities from quite a young age. Her parents created an environment for all the children from the very beginning to grow independently and encouraged them to discover and follow their passions. With such a decent upbringing, Amanda grew up to be the confident woman she is today.

‘If it bleeds, it leads’- this is a media philosophy Amanda learned when she started her career in journalism. It is part of an industry that puts ad sales above all else- not because that is what pays the wages of the journalists who fill the pages and channels- but because it creates profit and power for a small number of media moguls intent on keeping society framed in a narrative that feeds these power structures according to her.

On the professional front, her first job was that of a trainee reporter at the Dumbarton Reporter (also in West Dunbartonshire) in 1996. While her rose-tinted glasses were quickly shaded grey, she did discover an interesting and caring community which she quickly grew to think of as her home.

After seven years of working at the local paper, she became more focused on sensational headlines than just community-related news. Moreover, she also discovered she had been discriminated against because of her role as Mother of the Chapel Union Rep- all these aspects made her take the difficult decision of leaving.

She swiftly found some freelance PR work after quitting her job with various local organisations alongside freelance journalism for a variety of national publications. It was during this time, when she got an idea to launch a community magazine but didn’t have the experience or backing to get it off the ground so she let it be. After five years of freelancing, she finally started working full-time again for a local alcohol support charity called the ‘Dumbarton Area Council on Alcohol’. Here, she learnt about asset-based recovery and how a safe, supported space can aid personal growth. She adopted this ethos when setting up her own venture- the Clydesider Creative and Clydesider Magazine:

“At Clydesider, we aim to promote the positives our area has to offer in terms of people, place, scenery, creativity and heritage. We do this with the help and support of local volunteers and community contributors who know there is much more to West Dunbartonshire than the negative headlines and statistics, which are often all people outside see of low-income communities.

Our small staff team of four all started as volunteers and at the moment, we’re all women,” she says.

“I am the only experienced journalist in the lot and my team is 100% committed to our local community. By publishing solution-focused human stories, telling how local people are tackling some of the problems faced by our community and showcasing the inspirational resilience that exists in so many, we felt we could start tackling some of the negative stereotypes often connected to West Dunbartonshire- and places like it,”- Her aim remains to create a safe space for people who are often damaged by media stigmas and judgement, to share their stories and experiences.

While Amanda started publishing Clydesider in 2016 as a magazine, it rapidly grew to be much more than a just magazine- over the past five years, her team has hosted various events including creative festivals, community conversations and consultations, participatory workshops, media & story-telling training and much more. She credits this success to the support of 160+ volunteers who regularly contribute a whole range of skills and resources to the magazine.

Interestingly, she also met her husband during this journey:

“Charlie was one of our founder volunteers who I met for the first time in 2014. He soon got involved as a volunteer photographer and ended up writing articles, helping with advertising, distribution and being a listening ear. We fell in love and got married without even second thoughts.

As she looks back, Amanda feels happier and more content than ever as she truly loves what she is doing.