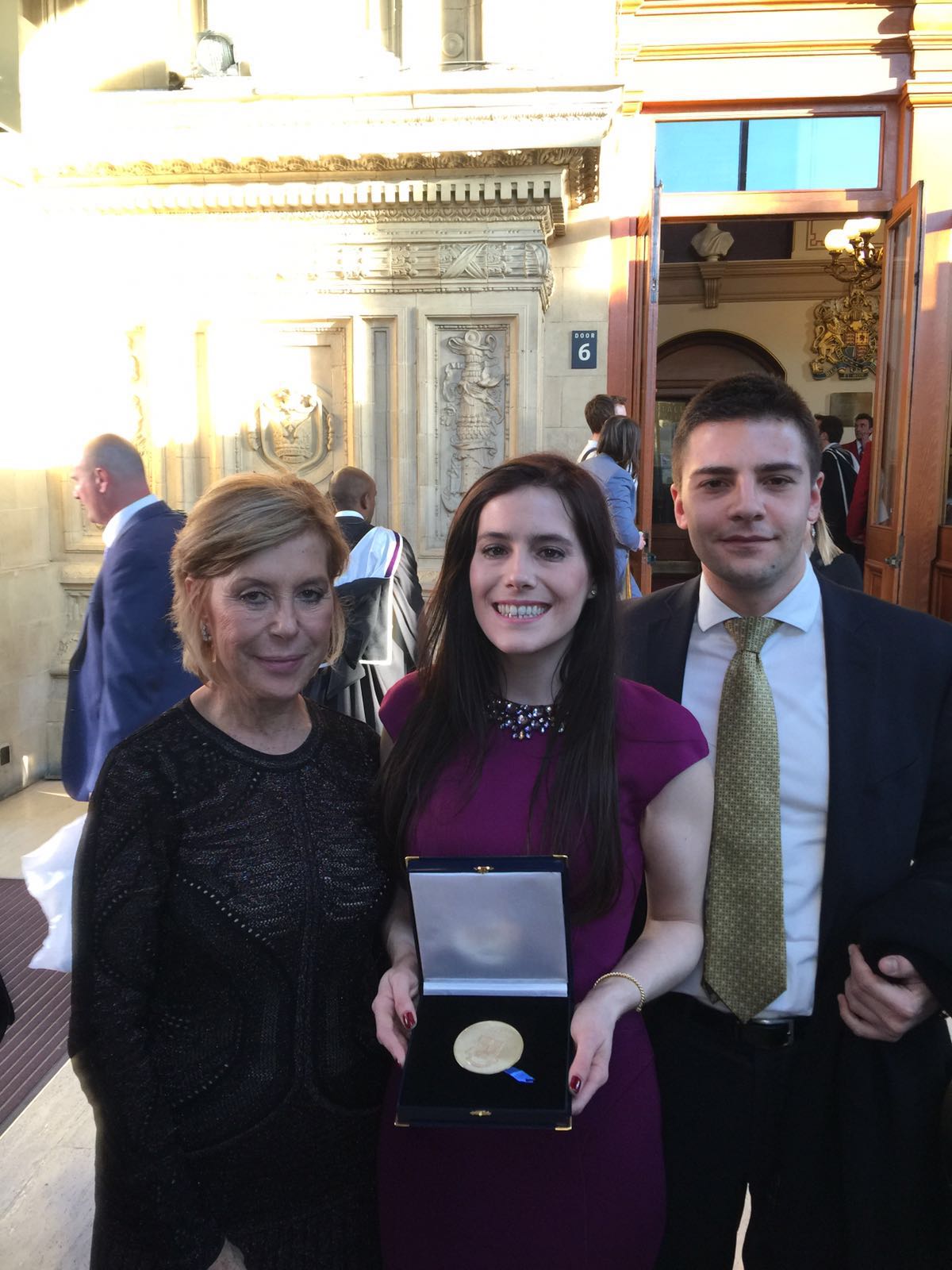 Angela co-founded FungiAlert in 2015 while completing her PhD studies at Imperial College, London. Before becoming CEO in April 2021, since 2016 she was FungiAlert’s Chief Technology Officer (CTO). Furthermore, before becoming FungiAlert’s CTO, she completed a PhD in Chemical Biology of Crop Protection and Sustainability in 2016, which followed an MRes in Chemical Biology of Crop Sustainability and Protection- both at Imperial College, London. She also holds a BSc and MSc in Biotechnology at the School of Agricultural Engineering in the Polytechnic University of Valencia, Spain.

According to Angela, she has always been intrigued about how life and ecosystems have evolved. She says, “I studied Biotechnology- As I was part of the second cohort and one of the first in Spain to study this degree, enthusiastic and great researchers put together a fantastic syllabus, and it was the degree with the hardest entrance requirements in Spain. Very early on, I learnt the myriad of applications that Biotechnology could provide to solve problems and challenges. And I was good at it! Also, I come from a family of entrepreneurs and have always had many entrepreneurial initiatives. So, I tasted my luck participating in entrepreneurial competitions in Spain, was successful at them and loved the experience. Later, I also participated in various events at Imperial College with FungiAlert. From the entrepreneurial competitions at Imperial, we received mentorship, which led to an investment. Following the completion of my PhD and receiving the first investment, FungiAlert was established in early 2016,” she says.

FungiAlert aims to provide sustainable farming solutions that replace practices that lead to soil degradation, and they are using soil fungi to do this. The alarming rate at which soil is being degraded due to human activity, i.e. intensive agriculture, urbanisation and deforestation, poses a great risk for the food supply. Nowadays 1/3 of arable land is too degraded to support food production and it takes 2,000 years to produce 10cm of fertile soil.

Fungi have been in the soil, in close relationships with plants, for over 450 million years. As fungal mycelium threads spread all over the soil ecosystem, they are the original social network, establish strong relationships with plants, and connect roots from distant plants. These relationships are key for plant development, e.g. fungi mine nutrients (i.e. P and K) from rocks to be absorbed by the roots. They protect plants from pathogens attacks and are essential for normal root development and influence plant flavour and fragrance. FungiAlert captures a glimpse of the soil ecosystem’s evolution over millions of years and discovers fungi that become biotechnological tools to help growers and solve soil degradation.

In the initial years, being a foreigner female founder was challenging for Angela. Also, a young female founder in a more traditional sector and not having experience starting a business before or any executive education was also a struggle for her- all of which she overcame with her endurance and persuasion.

At present, her challenges now are to become an influential and inspiring leader who is responsible for maintaining the loyalty of her team and attracting great talent to build a successful team. She says, “I need to also maintain the trust of our investors and deliver our expectations and strategic plans. Moreover, I want FungiAlert or soon to be FA Bio to become a recognisable brand within the agricultural sector, which represents our company’s mission, vision, and values.”

Angela believes that in an entrepreneur’s journey, there are good and bad moments, where you struggle to see light at the end of the tunnel. One must believe in their mission, analyse the situation, look for alternatives, and fight for it. Also, one may need to convince people around them that there is an exit, so it is important to not let the doubts of other people get in our mind and undermine your plans. She concludes this by adding:

“Having had the opportunity to listen to fantastic female leaders, a repeated message that I have received (and experienced myself) is that women can easily build glass ceilings that block our way up. We need to recognise our strengths and promote them. Also, we need to evaluate our opportunities for improvement and work on them. Put an action plan in place and demolish your glass ceilings.”