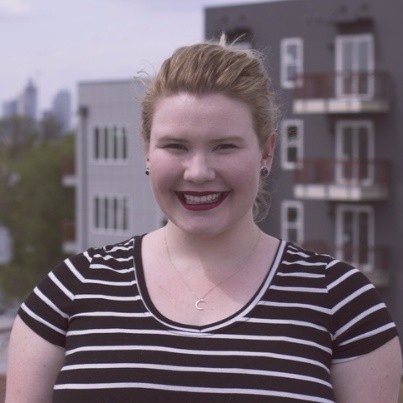 Danielle Summers had a huge turning point in her life a few years ago when she lost her job and was broken up within the same week. It was the lowest phase for her, something she thought she would never grow out of. But she did when she joined Soundstripe in 2016, where she now serves as a Vice President of the customer care department.

Summers is currently based in Nashville, Tennessee but grew up travelling all across the country for the church ministry with her family. Before her current organization, she worked as an executive assistant or administrator but Soundstripe gave her an opportunity to grow and led her to where she is today. She is thankful for the incident that pushed her to rock bottom and then set her on the path of success. It pushed her to find out who she is and her capabilities. She realized what could actually come out of hardship and believes that this deconstruction was necessary for her. Today, she is satisfied with her career, with a husband who constantly supports her for being the actual breadwinner of the family.

Talking about the company, she says, “Soundstripe is a company founded by creators for creators. Not only is Soundstripe customer-focused first, internally the company is people-focused first”. They work directly with artists, ensuring their music is being placed and they are getting paid properly. Over the years, Danielle has played a significant role in increasing the customer base of the company. Her approach towards life and problems has changed a lot during this time. She believes that being genuine and whimsical to customer issues has helped them grow and also her with the organization.

Dealing with her own insecurities, self-doubt, and imposter syndrome have held her back most of the time. But Summers is trying to overcome it and is focused on improving her self-esteem. She had to build her department at Soundstripe from the ground up, which was quite a feat given that she had never done anything like it before. She accomplished it with utmost dedication and hard work. It’s been a great learning experience for her, and it’s given her more confidence. She has been told to change her approach and who she is to fit in better many times in her career but she refuses to do so. According to her, you need to be yourself and that’s what is going to set you apart from the crowd.

Sometimes you have to fall down to rise again and rethink what you have been doing wrong all this while. This is exactly what happened with Danielle but she didn’t give up hope. Leaving a message for her readers, she says, “There is room for you, exactly as you are, in this world. I was always told to toughen up, get thicker skin, and speak more firmly. The more I’ve developed as a leader, the more I know that what this world needs is leaders who think and act outside the box. Be authentic to yourself and how you feel you should be leading – you won’t change the world by fitting into it, but by being different”.