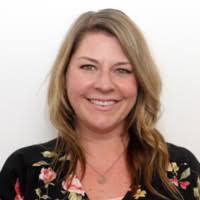 Candice Joiner gave up her career in media and television when she found her calling in working for the church community. Born and bred in Canada, Candice loves travelling and exploring different cultures. She was raised around nature, skiing in the winters, and camping and exploring in summers. After graduating with a major in film and television from The University of British Columbia, her love for travel brought her to London. Here she worked at Disney and for television as a production coordinator.

She joined a church community back in London, which involved meeting small groups and helping young people build faith, love, and passion. This led to an opportunity for her to work with the church. Thereafter she joined another church that offered international courses to people who wanted to explore their faith and had questions about spirituality. She worked there for over a year before being headhunted to Santa Monica, California, at her current organization. Her role as an involvement Director involves overseeing new people and building community and social groups.

Talking about the church, she says, “Vintage is an amazing church that also is involved in a lot of local work within the Santa Monica community doing outreach with people experiencing homelessness and partnering with other missional organizations. It has been amazing to see throughout the pandemic how the local church can be a place of real hope and also practical help for resourcing many who are in great need”. There has been an overwhelming response from the people, especially during COVID. They have been craving interaction and meeting one another both online and in-person. This has made the weekly sessions more fun and engaging. She believes that in these tough times, it is critical to be a part of something larger than yourself, where you are seen and known. It was essential for her to create a community not only for those around her but also for herself, being new to the city.

So what was the inspiration behind this major career switch? Candice saw people come alive in their faith. It helped them grow and develop while working. This was inspiring for her to see people establish their purpose in life. She notes that the structures in England churches had been predominantly male-led in the past. But she thinks they are moving towards a change. One of her best friends has recently launched a new church that she is also leading. Slowly, there is a rise in more women in leadership, which is a good sign of growth in the church community as well.

Joiner considers herself fortunate to have found her footing in every venture she has taken on. This has helped her realize that she has a strong desire to connect with others. Moving to a new city and getting things set up during the pandemic has been difficult for her due to a lack of established connections or a community. However, thanks to advances in technology, she has been able to maintain contact with her family and friends.

It takes courage to give up a job that guarantees a secure future in favour of pursuing something that brings you joy, but Candice took the risk. She trusted her instincts, which led her closer to what she is actually passionate about. Leaving a message for her readers, she says, “It’s important for people to connect with what’s at the core of them. In terms of faith, everyone is on a unique journey and exploring. I’d encourage all women to connect with their purpose and who they are as their authentic self”. She also says, “Trust your instincts and don’t be afraid to be bold and brilliant”.