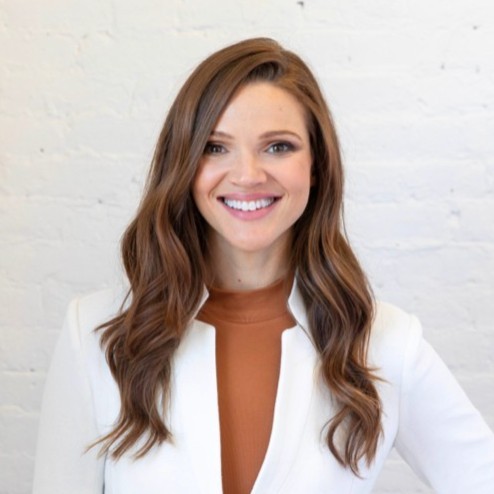 Growing up in a small town in Indiana with a homogenous culture, Kristin barely got to know about the world outside. Going to college was a privilege, and traveling abroad a luxury not many had. She was raised by a single mom who got her doctorate when Kristin was in high school. She grew up around strong women, a computer scientist sister who is also a professor like her mother. They encouraged her to explore the world, and her grandparents sold their farm to Walmart to fund her education abroad. She studied on scholarships and had amazing teachers to mentor her along the way.

She graduated from a private liberal arts school in Indiana, and straight away backpacked to Europe. With the help of Spanish, she had learned in her year abroad; she did humanitarian work in Mexico. Getting out of the small town, she got an opportunity to explore the world and gain a global perspective in her 20s. Later, she continued her education in New York and got a job in Boston at RAND Corporation.

Working in corporate, Van Busum felt broadly disconnected from the global community she cared so much about. She quit her job in 2014 and went from living in an apartment in downtown Boston to a poor village in Nicaragua. She took a Fulbright Scholarship to study sustainable farming practices in the coffee lands of the country. During this time, she was living in the coffee farms deep in the campo, the isolated rural area of the country’s central highlands. She shares a story of a 12-year-old girl, Ana, who helped her understand the lack of education opportunities in the area.

Every morning, she would follow Kristin to the local water well, where she would come to collect water to cook for her entire family. She showed her around the community, and they would meet every day to chat, color, or jump rope. She told her that she attended school only for two years and had to drop out of second grade to look after her brother. Kristin realised that, like Ana, the majority of her friends were bright, funny, and witty but lacked access to education. They would either work alongside their parents, take care of the household, or assist on both fronts.

Soon she started an education project, which then turned into a non-profit, Project Alianza to bridge the educational gap in the rural communities. Sharing more about what the non-profit does, she says, “Our vision is to close the education gap in rural, farming communities. In our generation, we will see growing inequality between rural and urban regions and the way to level the playing field is to share skills, knowledge, and resources with rural villages and make education child-focused, rather than require children (with already so many responsibilities!) to adapt to an education system that doesn’t work for them”.

The non-profit takes a community-oriented approach. They work in areas affected by political upheaval, gender inequality, poverty, and malnutrition. They exist in areas where traditional education is failing and help build up from the ground up with community members. Van Busum points out that everything that happens on a global scale, including the pandemic, has the greatest impact on these areas. Then there are hurricanes and landslides, which destroy land and lives and have wiped out the entire village. They are currently helping rebuild the area for the people to get back to their normal lives as soon as possible.

Although Kristin has won a handful of awards for her work at Alianza, her greatest reward is watching a kid falling in love with learning. This year, they will see their first high school graduate in Nicaragua. She’ll be the first in her family to graduate from secondary school.

She has a strong team and has surrounded herself with mentors who encourage her to be more innovative, compassionate, and focused on the mission of her organisation. As a result, she founded a new business called “SpeakHero Coaching.” When Kristin was pitching for Project Alianza, she was coached by some incredible mentors. As a result, she is now training people to improve their public speaking and presence.

In the times where everyone is running after a cushy life, Kristin didn’t even blink before leaving a flourishing career in Boston to move to a rural community in a far away village. She is committed to making a difference in the community in any way possible. Leaving a message for her readers, she says, “Don’t be afraid of failure or rejection! We’ve all heard it, but it’s true: If you’re not failing once in a while, you’re not trying hard enough.”