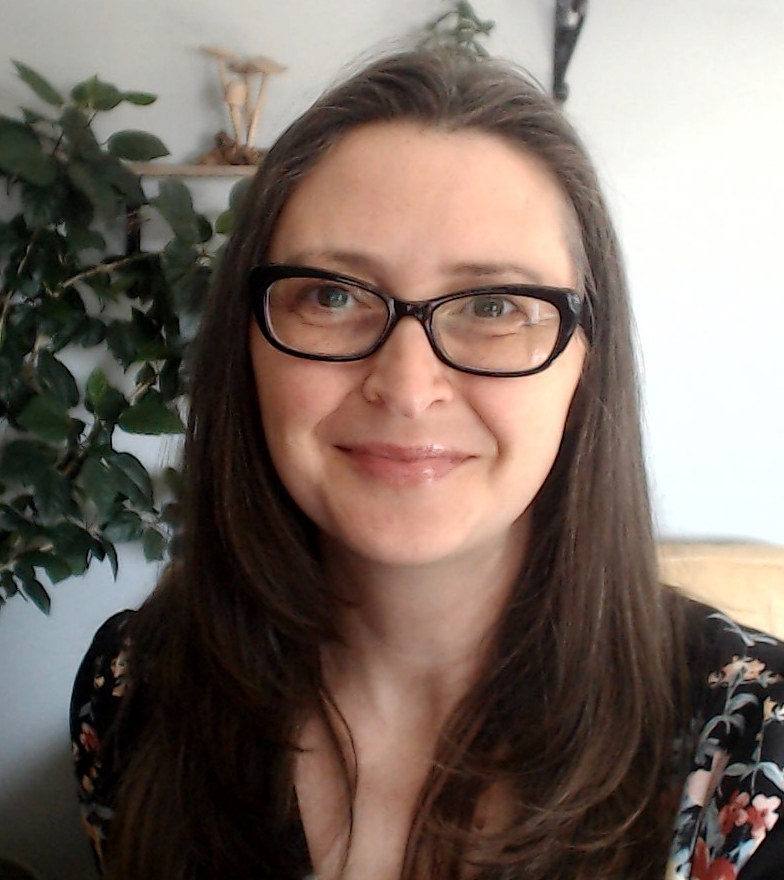 Meet Stephanie Smith – the Director of Geographic Information Systems (GIS) at the Grand Canyon Trust, based in The United States.

Stephanie is a scientist, storyteller, musician and a lover of cartographic design. She strives to help others understand our environment better and aspires to transform data in ways that engage both the public and the policymakers- so that we can live on a healthier planet. Using artistic designs with a clean simplified aesthetic, she transforms maps and data visualizations to better understand complex issues.

She spent her childhood in a small town called North Wilkesboro, located in the rural foothills of North Carolina that most would bypass on a map. Growing up in a population density of about 600 or fewer people per square mile, she had lots of room to roam. Most of her youth was spent farming, harvesting, and preserving food with her parents and two brothers- something she later realised was unique for her generation. She says:

“I was a wildly creative child who made up songs, played make-believe, took in any animal stray, cherished climbing trees, fishing, helped her mom make clothes, planting flowers, splashing around in any creek, stream, or river she could find and spending lots of time with her family.”

After finishing high school, she graduated from Appalachian State University with a bachelor’s and master’s degree in Geography- her research focus was on ‘biogeography’ and ‘landscape ecology’. During her master’s courses, she taught classes at the university and continued as an adjunct instructor after graduation. Like many new graduates, she had to get creative to cobble together enough work to live on. She worked as a researcher collecting data on the viticulture practices across North Carolina, a data analyst for one of North Carolina’s renewable energy offices (until the state cut the funding), and then a grocery worker at a small natural market.

While she was living in Boone, NC, she could find a proper job opportunity where she could fully utilise her passion. “I constantly felt uneasy and had an intuition that a new place was calling me- I just did not know where but felt it was somewhere in the Western United States. I tried to convince my husband that we should both quit our jobs and move to some unknown place in the west. He agreed and like throwing a dart at a map, we made just plans to move to Denver, Colorado; we had no jobs, a small amount of savings and nothing but big hopes for a new future,” she says.

After only three months in Denver, the Grand Canyon Trust called Stephanie for her first interview. Two months later, they packed up and moved to Flagstaff, AZ, the location of the Trust’s headquarters- after she landed a job. Little did she know that her life would never be the same.

From landing her dream job and being in the perfect atmosphere for a wildly creative headstrong woman to testing her ideas, she didn’t know that one day her hard work would result in her becoming the GIS Director after she built the Grand Canyon Trust’s Geographic Information Systems program.

The Grand Canyon Trust is a conservation non-profit with a mission to safeguard the wonders of the Grand Canyon and the Colorado Plateau while supporting the rights of its Native people. Bounded by the Rocky Mountains to the east, the Great Basin to the west, the Uinta Mountains to the north, and Mongolian Rim to the south, the Colorado Plateau includes landscapes like Grand Canyon, Zion, Canyonlands National Park and the Grand Staircase-Escalante National Monument. She says:

“We envision a Grand Canyon and Colorado Plateau where wildness, the diversity of native plants and animals, clean air, and flowing rivers abound. Sovereign tribal nations thrive, a livable climate endures, and people passionately work to protect the region they love for the future generations.”

However, everything wasn’t smooth from the very beginning- she lacked confidence in herself and assumed her ideas were not excellent or innovative. She also did not stand up for her ideas when others took credit for what she proposed or accomplished. With this realisation, she started to not share her ideas and instead kickstarted them herself by working around the clock. It took many years for her to learn and gain confidence to make her voice heard and to take credit for her accomplishments. Later in her career, her challenge was setting boundaries and successfully advocating for the support she needed from the very start.

The response to both her cartographic works and stories have been amazing- in the conservation community, she is consulted today for her methods in creating a centralized GIS program as well as her cartographic designs. Her other achievements include winning an Esri StoryMaps Award and being one of their featured storytellers and being recognised in media outlets like The Guardian, National Geographic, Huffington Post and BuzzFeed.

To the women of tomorrow who dream of becoming successful entrepreneurs, she says:

“Trust in yourself and honour what you know deep down to be the right path or idea. Whether you know what you want to do as a professional or you are still testing the waters, do not hesitate to find and lean on a trusted support team.”