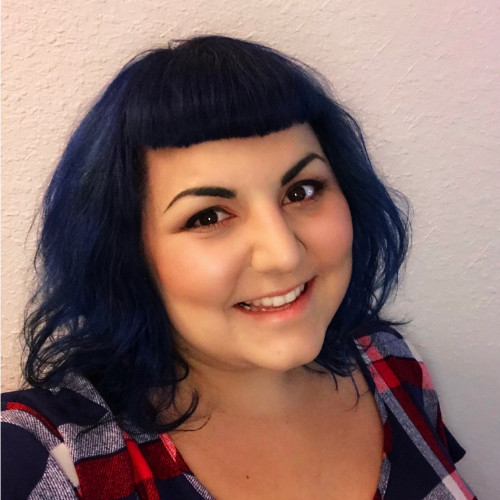 Lauren Tannous is an art fanatic and believes it is a way for us to express and find ourselves. She works as the program manager at Leap- Arts in Education, connecting art educators with schools and classrooms that cannot afford a full-time arts educator. They pair schools with professional artists, musicians, actors, architects, and theatre artists, to teach primarily K to 5 classrooms. However, they often branch out to middle and high school students.

Tannous has always wanted to be a teacher and graduated from Notre Dame de Namur University with a degree in theatre and history. She began working in special education with high school students right after graduating from college. She worked as a classroom teacher and successfully managed several school arts programs. She also ran after-school theatre programs with the kids. As her professional career progressed, she became more interested in the non-profit sector. She joined Leap- Arts in Education in 2018. They offer residency programs to 8k+ students every year all over the Bay area. The non-profit was founded in 1979 as a “response to California Proposition 13, which dramatically reduced state funding for education and effectively eliminated the arts from public elementary schools.” As an educator, Lauren was close to this issue as she believes that art is an essential part of the curriculum, as are other subjects. It is a means to unlock their students’ full potential.

Lauren also works as a freelance theatre artist in production and design. It mostly constitutes behind the scenes work. She is a director and is currently working with adult theatre companies. She is also into prop designing and costuming. She points out that while the production side of the theatre world appears appealing, it also has a few drawbacks. It is primarily a male-dominated field. She was often looked down on as someone who might not be in charge and was stereotyped in her role as a designer. It has taken her a long time to establish herself and convince others that she is in charge.

Tannous is a multi-ethnic professional navigating her way through the white male-dominated world of theatre. On her father’s side of the family, she is a first-generation college student. She is of Palestinian origin. It took a lot of courage for her to put herself out there and have a voice. Being clear with her identity and goals has helped shape her career despite the difficulties she and her family have faced in the United States.

Talking about her love for arts, Lauren says, “Arts is what saved me as a child, and as a youth. While struggling with different things, I felt like school was my place and arts, in particular, was where I felt seen.” She feels that in terms of education and youth there isn’t any such thing as a “problem child”. It’s more about difficult circumstances and misunderstandings. She believes the arts can be a powerful motivator for some students and youth who are not inclined towards school or academics. Arts can help them be who they are and feel like they’re a part of something. It is her biggest driving force in life. According to her, arts can connect people and help them figure out who they are. They don’t even have to do it professionally, but if it helps them find themselves, it’s well worth it. “Find what brings you passion and joy and keep doing those things. Just do you”, she says.