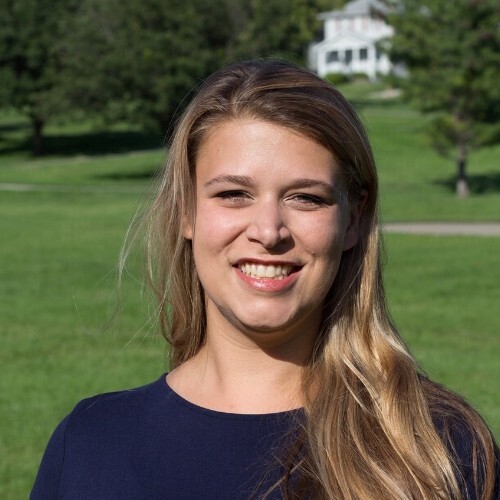 In her 11 year long career at SpiderOak, Laura Gowans has donned many hats at a time. She stuck with the company through all thicks and thin and has played a significant role in its success. She started off as a Head of Customer Relations where she built the customer success department of the company from the scratch. She took care of hiring, training people all over the world, documentation, and implementation of a troubleshooting program for the business. Next, she served as a Director of Customer Success where she helped incorporate the customer insights and perspective into the development process. This was her first leading role in the company.

In 2017, she was promoted to Chief Operating Officer during the most challenging time for the company. She managed to get through this phase by handling finance and budgeting, HR, customer service, and even the sales department all at once. There were a lot of changes happening at SpiderOak during this year but eventually, they made it through.

Gowans had a humble bringing in a middle-class family. She calls herself fortunate to not have to struggle as much during the initial years. However, she notes that working in the tech industry it is difficult to maintain a healthy balance in work and personal life, especially in a startup. You need to draw the boundaries and have people respect it for things to work out smoothly.

She also points out that fewer women are working in the tech world and even fewer have leadership roles. Her role at SpiderOak came through as she worked hard and stuck with the company for such a long time. Laura believes that women have to face both conscious and unconscious bias at the workplace. They have to work twice as hard to prove themselves to their co-workers and supervisors. She is happy to say that SpiderOak has provided her with an opportunity to grow without any sort of bias. Externally, however, she was targeted for being a woman working in the tech world. They often undermined her knowledge about the industry and she had to resort to other ways to establish her authority and be respected.

Laura is not only a dedicated professional but also a strong supporter of women taking on challenging roles in their careers. She is a staunch advocate of diversity and inclusion. Through her position at SpiderOak, she is striving to make a difference in the world. She is working to have a positive impact wherever she can. The company’s recruiting process has been changed to provide a more diverse workforce. They want a healthy and inclusive work culture that offers equal opportunities for all regardless of gender, race, and ethnicity.

Talking about the women in the workplace, Laura leaves a powerful message for the fellow women. She says, “Sometimes the barriers that you face as a woman are invisible and people will deny that they exist at all. People don’t like to see themselves as having these biases and don’t often understand that the deck is stacked against women in so many ways. Still, we have come a long way, I don’t wanna diminish how much better it is to be a woman in the workplace now than it was 30 years ago. It doesn’t mean that those challenges do not exist. It is important to remember that you have to work harder to be a woman and in particular a woman of color. Being white is a privilege in the United States. If you are a woman or a particularly woman of color here, it’s simply harder to get and achieve in the same ways because you face so many invisible challenges and barriers that men don’t face. Don’t let them discourage you”.