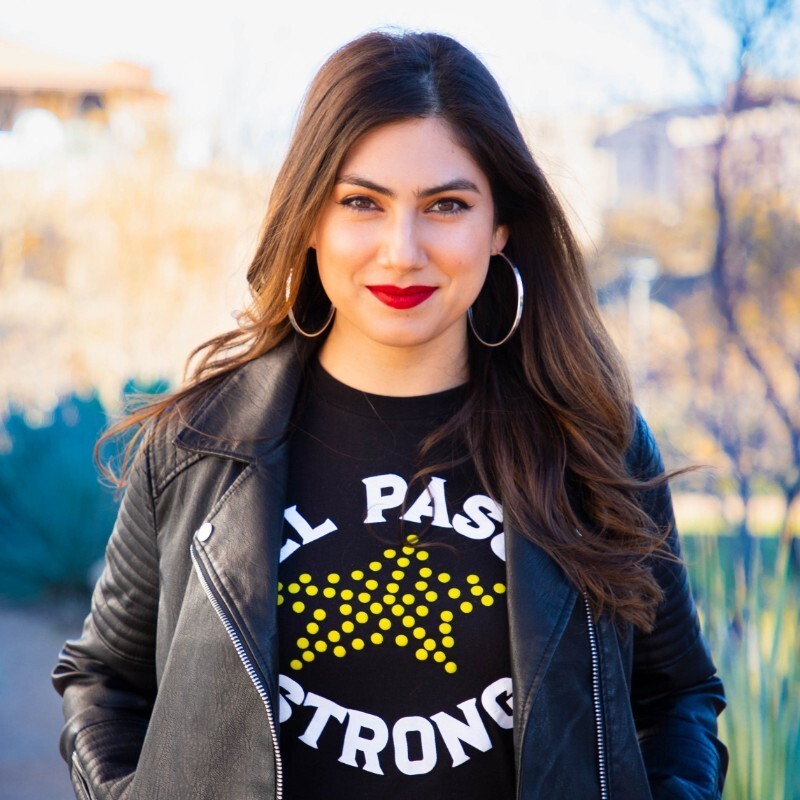 Brianna grew up right along the southern border of Mexico. She was a part of this bi-national community where they were neither considered Mexican nor American. Having witnessed the struggles of her community for jobs over the border conflicts and the bills where they were left out of the conversation, Brianna got interested in politics and wanted to incite change.

She was trained in local matters with the Congress, where she noticed that it was their everyday job to push for bills regarding community development and use leadership and power to help navigate the real change. Brianna became a campaign manager at 21 while she was in her senior year at college. She understood that power comes from acknowledging that you as a person have the agency to say that things are wrong and demand accountability. From inciting conversations about what issues are close to the people in the community to producing change in the said areas, she also led a campaign in Texas in 2016. She wants to make people aware that by registering to vote, they can participate in democracy and act towards the issues close to them.

Coming from a lower-middle-class background, Brianna initially dropped out of college as she felt she didn’t belong there. Things took a turn and when she did return, she was offered a senior leadership position to run the organization. Carmen was overwhelmed with the fact that someone trusted and recognized talent in her. She notes that these opportunities are not necessarily given to people of color. “I want to make sure that I’m creating space for other women, other people of color who aren’t traditionally at those tables because I think we get a better policy, better conversations, and better outcomes when we have a more diverse group of individuals in those space who can share these different experiences.”, she says.

Her current organization, Voto Latino, offers a much-needed platform for Latino leadership. They use innovative digital campaigns, pop culture, and grassroots voices to engage and empower the Latino community. The organization wants people from all cultures and ethnicities to get a seat at the table and have a decision-making power to make a difference. They are rooting for stronger and more inclusive democracy in the country.

It took a lot of hard work for her to love the place she is at today. She wants to tell the 18-year-old Brianna that despite all the hardships, frustration, discrimination and systemic challenges she is facing will pay off soon. She notes that the work to incite changes is hard regardless of gender, sex, and ethnicity. There were times when she was the only person in the room, 20 years younger, trying to push a point to an audience that was predominantly male and white. Her way of navigating through these situations was to do her research and be the most educated one on the topic in the room. She remained prepared, spoke up for herself, pushed back, and refused to be talked over.

There are a lot of issues that concern the people of color in the country today. Brianna is doing her bit to make things easier for them and push for what’s right. Leaving a message for the readers, she says, “One of my favorite sayings is ‘they tried to bury us but they didn’t know we were seeds’. Coming back to the part of my heritage and that saying, the struggles for rights in the Chicano movement and the need to push for people to have dignity and value because they deserve it. I think I love that saying because there’s so much power and there’s so much history behind it. And also just metaphorically something challenging happens to you feel like you’re being buried, something good might come of that later. The skills and the resilience that you learn through those hard moments are going to be so much more important and valuable for you to be able to see it share in moments when times are good”.