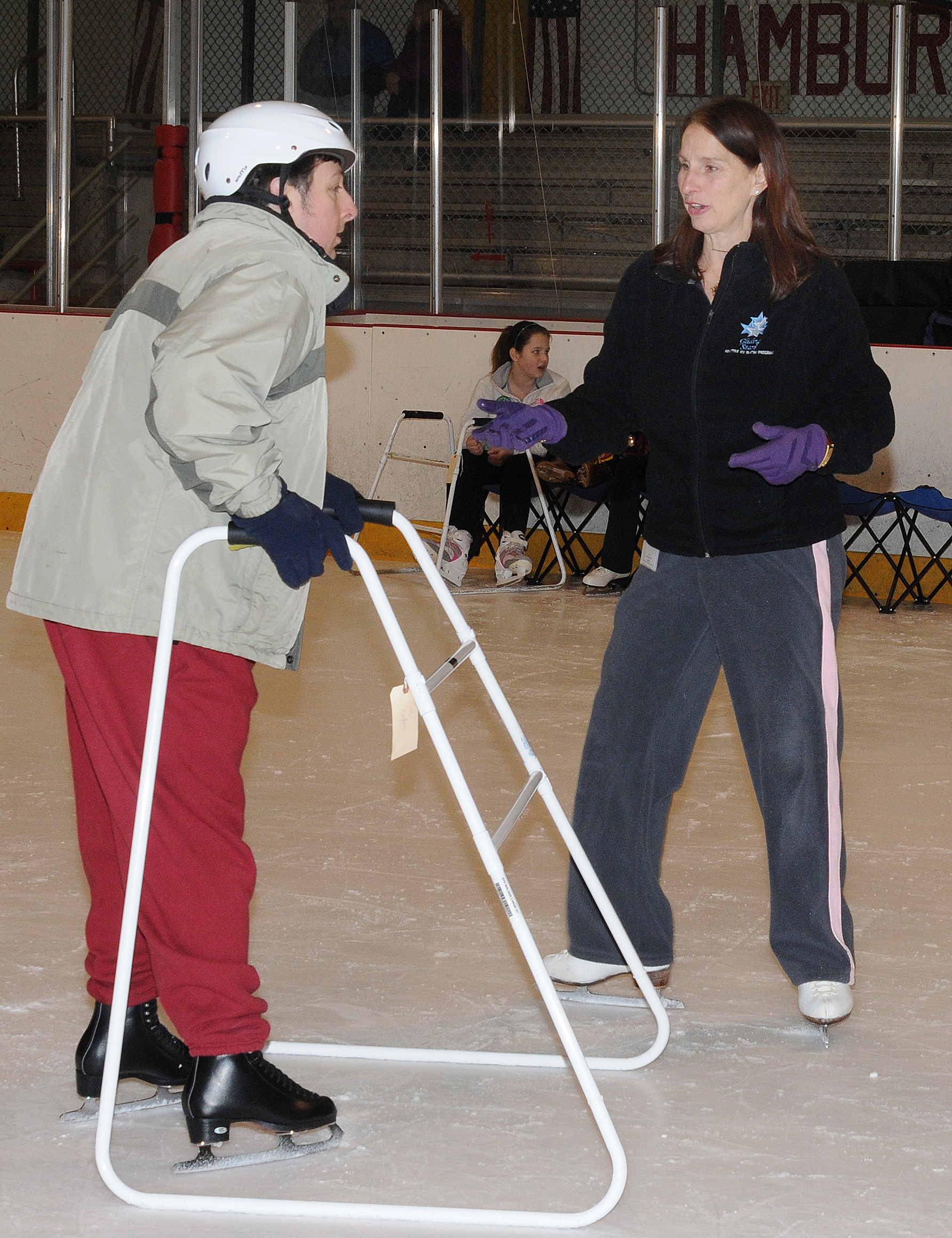 Ms. O’Donnell had the idea to start teaching people with visual impairments to Ice skate, and she began her work when she was just twenty-two years old. From a small group of six students on the ice in 1976, today, her ideas and programs have grown to teach over 15,000 students. Over the years, they have also welcomed children as young as eighteen months and senior citizens as the program grew to include persons challenged by physical, developmental, emotional, and multiple disabilities. Additionally, they also have a vast volunteer network and the program has spread to seven locations in five different states.

Ms. O’Donnell was one of eight children and much of her life from the age of three was spent on the ice. Her family was very demanding and competitive, so as a child, she was also a competitive ice skater, testing and competing all the time. She elaborates, “I spent time at summer skating camps and was also an honor roll student. When I was seventeen, I joined the Ice Capades touring the United States and Canada for two years.”

When her best friend from childhood committed suicide after learning she had epilepsy, Elizabeth was devastated. She says, “I was fifteen then, and the incident shaped a great deal of my life that followed. Then, at the age of nineteen, my brother also committed suicide. Both of these people that I loved and who were close to me felt that they didn’t belong. They felt as if they were excluded from life and it wasn’t going to get better. So, I decided to take my skating career in a direction that made a place for all to feel included instead of excluded, and thus, these deep losses shaped my work to help others with something I know well – the joy of skating.”

Her organization, Gliding Stars, provides all the equipment for their skaters, and the parents or guardians are asked to pay a nominal fee. The rest of the funds to sustain the organization and cover the additional costs are all taken care of by fund-raising. Elizabeth has designed and developed a line of walkers, skates, and harnesses to get more and more challenged people on the ice, even those in wheelchairs, on crutches, or who cannot walk or bear weight independently. She did everything from scratch – designing the equipment, making prototypes, improving them, finding manufacturers, and raising the funds to make it all work! Through their work, Gliding Stars has been helping people find their true selves and live their best life, helped by people believing in them and encouraging them to be their best. Each season, Elizabeth, with the help of many volunteers, makes an ice show that everyone performs in, cheered by their families, friends, and the community at large, at every one of the 7 national programs she offers.

Elizabeth has an anecdote to share. She says, “Our skaters are helped in so many ways, one special girl comes to mind. She was born with multiple physical disabilities and had become selectively mute from all the painful medical procedures she had to endure. When she started with me she was about four, and would not speak. Slowly, she learned that this was a fun and safe place, and one day her mother told me she put her hand up in school and spoke! She still skates with me after becoming a national synchronized skater for Canada and is now a teacher for Gliding Stars. Both her sons were born with disabilities and skate with us. It has been 32 years and we are still counting!”

In the early years of her venture, people thought that Elizabeth’s idea would not yield any results. There were no skating programs anywhere in the country for people with disabilities, and adaptive sports were not even a thing anywhere in 1976, except horseback riding; so making it work was a challenge. She was a pioneer in this field and through her hard work and determination, she succeeded in her cause. While Ms. O’Donnell thinks that this is changing, the field of adaptive sports still needs to continue to grow and expand. Today, her challenges are different. She states, “Funding is always a challenge; getting enough volunteers can be challenging; growing the programs to new locations is a ton of work. Currently, with Covid-19, there are so many challenges, and we cannot even skate right now.”

Despite all the challenges, the program has grown a lot and is widely accessible to people. It is inclusive and is helping people become more mobile, fit, and social by making friends while improving the quality of their lives. For Elizabeth, it has been rewarding to see people do things on ice they never thought they could do, and how that transfers to greater confidence and joy in all aspects of their lives. She says, “Watching a child learn to walk because he or she learned to skate in our special walker is a joy that cannot really be fully explained. It warms my heart.”

Over the last 45 years, Ms. O’Donnell has won several awards as a founder, including 3 honorary doctorates. She was also invited to the White House Rose Garden for the signing of the Americans with Disabilities Act. To inspire everyone reading her story, she says, “You can do it! Just believe that you can, find the true part of your heart that wants to help, and just go for it.”