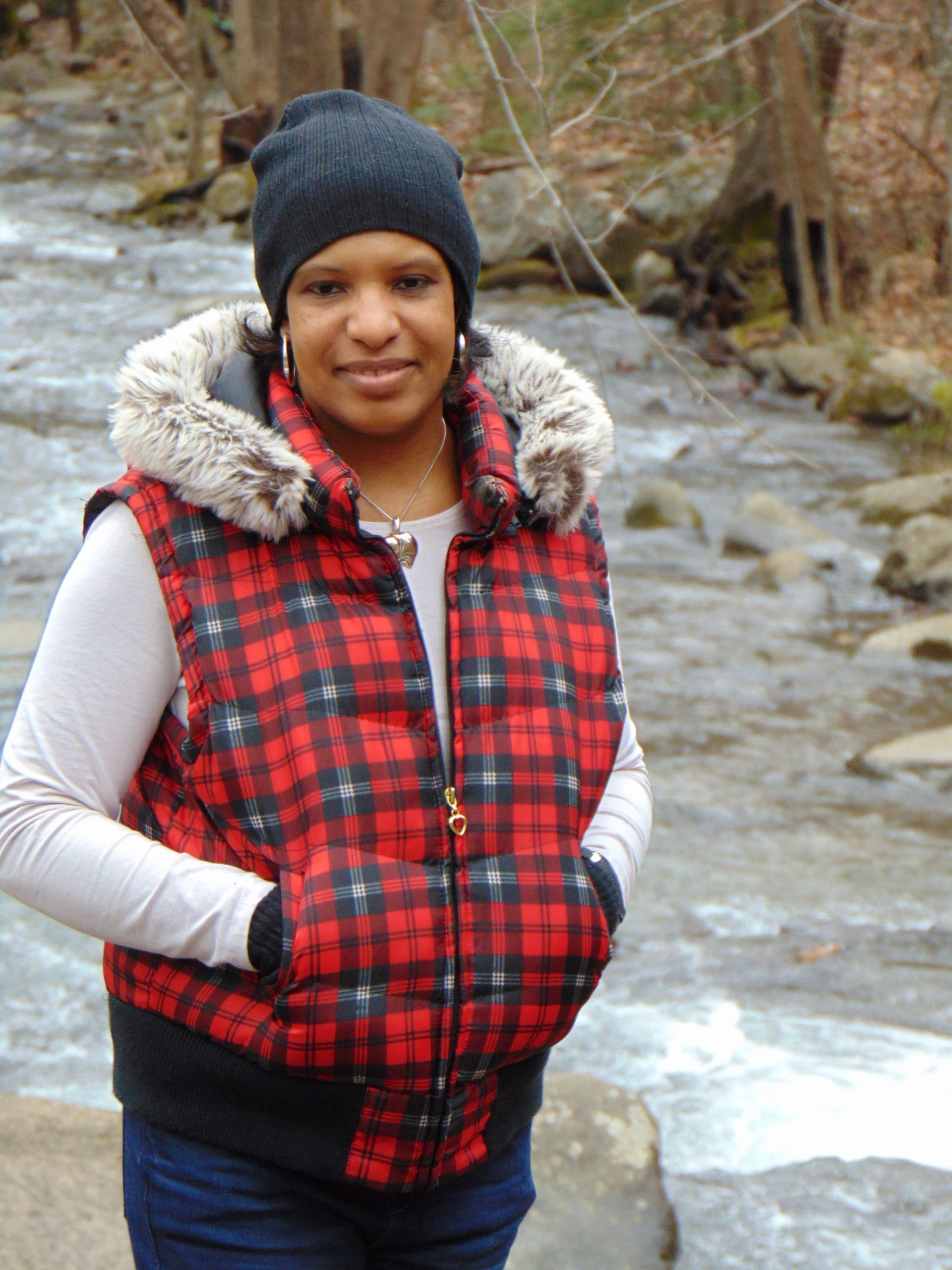 Because Stephanie has learned to practice self-love, she loves people genuinely. Her passion is to help others reach their full potential by eliminating barriers, especially women and people of color. About 90% of Stephanie’s students are women from around the world, and she desires to empower them with messages of hope while helping them acquire literacy, and life and language skills. With a simple motto of, “Be the change you want to see in the world,” Stephanie’s mission is to help others accomplish their goals through education and personal development.

Stephanie grew up in a family of four children in a hard, working-class community. Her family was not wealthy, but they had a lot of love to give. She spent a great part of her childhood living with her grandmother, the greatest influence in her life, who shared her struggles with racism, discrimination, poverty, and lack of education with Stephanie and inspired her. According to Stephanie, “She is the reason why I learned to read at the age of four and excelled in education throughout my formative years and beyond. Despite her own challenges with literacy, she ensured that I achieved greatness academically, and in life, and encouraged me to help others do the same.”

Life before her current career left Stephanie unfulfilled. A life coach helped her go after more, and thus, she started her journey in education as a volunteer teacher in a community-based English for Speakers of Other Languages class. There, she discovered a unique opportunity to do more than just teach English. She started building a community among women from different cultures and language backgrounds who might not have gotten the chance to connect, except through learning English together. Some of these women came from poverty with no chances for education, while others were highly educated and wanted to find their place in a male-dominated society. Stephanie found out that despite the differences, each of these women wanted the same things in life, so she began teaching English in the context of real life, offering practical, but meaningful learning opportunities for her students. A few years later, she was offered a job to be a program coordinator at the literacy agency where she volunteered. Later, Stephanie became a nationally-certified trainer of English teachers and then moved up into the role of Director of Programs, in which she currently serves.

The organization that Stephanie currently works for is a nonprofit adult education agency that helps improve the lives of individuals through literacy and education. It serves people with low English literacy skills and who desire to further their education. The organization is centered around the unique needs of adult learners, who are often consumed with work and family obligations while striving to improve their quality of life.

In addition to this, Stephanie is currently working on the release of her second book titled, “Ten Promises Every Woman Must Keep.” It is a self-help book full of valuable lessons to help women overcome and live a truly satisfying life. Stephanie adds, “I also plan to launch a podcast later this year, in addition to stepping out into my own cultural and educational consulting practice. I enjoy traveling and public speaking, and hope to do much more of that as well. The sky is the limit!”

In Stephanie’s journey, the major challenge was overcoming fear. She elaborates, “No matter how well I did, I always wondered if it was good enough. Another challenge was procrastination, which I think is rooted in fear.” Her present challenges include finding a good balance between work, home, and other responsibilities. She explains, “Time management is a huge challenge for me because I want to get it all done at once. I have to remember that I don’t have to save the world before saving myself.”

Despite being lauded several times for her contribution in the field of adult education, for Stephanie, her greatest recognition comes from her students when they tell her how these classes have changed their lives and have given them the confidence to pursue new jobs, finish their education, and support the education of their children. She says, “To me, that is greater than any other award I can earn.”

During her time as a full-time employee, Stephanie has traveled around the United States, presenting workshops on cultural diversity, and teaching English learners. She even coordinates a local professional educators’ conference sponsored by her agency. Stephanie has recently obtained her Master’s Degree in Education, graduating with a 4.0 GPA. Her passion to pursue her education has inspired many of Stephanie’s adult learners to follow their dreams as well!

Stephanie has been inspired by a speech given by Dr. Martin Luther King that speaks about doing one’s best, no matter their job, title, or status in life. She urges people to check out this speech and follow it in their lives. In addition to this, Stephanie has learned a few things from life which she wishes to share with people. She says, “Don’t ever think that you’re not good or worthy enough. Your life has meaning and purpose. It is up to you to do something with it. Start over, if you must. Start late, if you must. Your optimal life awaits!”