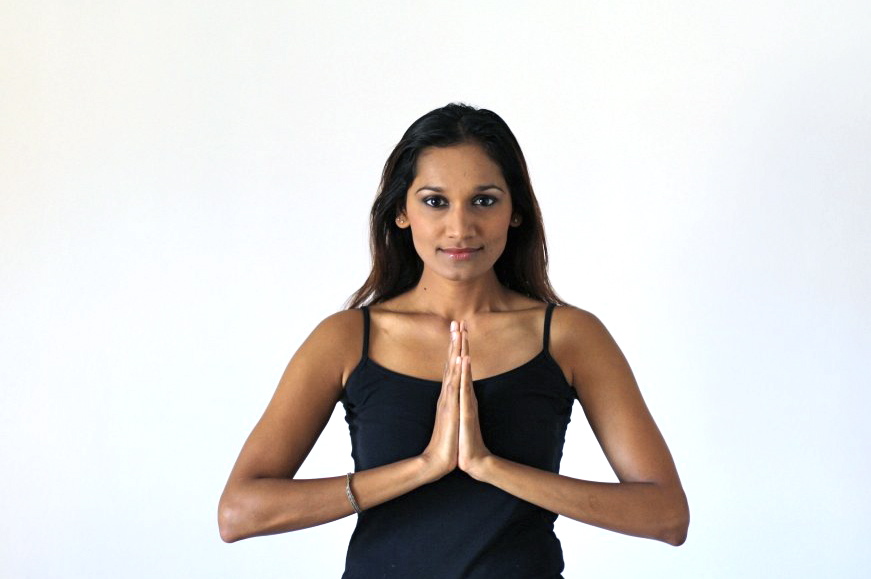 Meet Manuri Ranasinghe, the Founder and CEO of her yoga studio, Soul Fitness LA, a studio that is creating a community of philanthropists.

A philanthropist by nature, Manuri lives in LA county and strives to help anyone who needs her help. Besides being the owner of a yoga studio and teaching yoga to people, she is an active volunteer and has helped start-up non-profits.

Manuri’s family moved to the United States from Sri Lanka when she was twelve years old. Recalling her initial days in a foreign country, she says, “I had no idea how to start anything then, and it was all about survival. I was an immigrant and everything was new – new people, new culture, and a new school!”

With her family expecting her to find a job in the corporate sector, going to a college was imperative for Manuri. She did everything that was required of her and found satisfactory and long-lasting jobs. She says, “I was good at holding my jobs. I worked at my first company for seven years and in the next one for ten years before opening up my studio. I liked the corporate world. It gave me ample opportunities to save, travel, and follow my passion for yoga. It was a good life with no stress beyond work hours.”

As Manuri was reflecting on her life and decisions on the tenth anniversary at her second job, she realized that she loved her job, but it was not what she was meant to do. She explains, “I felt like I was living two different lives. I asked myself a question – what would I be doing right now if I had all the money in the world? I realized that I wanted to teach and learn yoga, and spread yoga among the people around me – not just the physical part of it, but the spiritual aspect as well. I wanted to help people to be kind and compassionate to others for no reason, and I wanted to do it soon; not when I was too old to pursue my dreams”.

Manuri believes that the culture she grew up in was lacking in LA. So, after teaching the physical and spiritual aspects of yoga to her friends for free, she opened her yoga studio, Soul Fitness LA, in 2016 in Redondo Beach. Her primary aim is to build a compassionate community through yoga. Established on the foundation of serving and helping others, the studio propagates the principle of Dana, which means the act of giving.  In addition to teaching yoga, a portion of the studio’s revenue and time is spent volunteering to local and international nonprofits & communities.

While establishing her studio, Manuri attended several yoga conventions and traveled around the world, practicing yoga. She saw how yoga was taught in other countries and learned a lot from her observations. She recalls, “It was beautiful to see yoga in India and Japan. I loved how different cultures treat yoga in different ways!“

Opening a studio came with many challenges for Manuri. She had to look for a location and learn how to do business from scratch – how to hire teachers, how to create classes and workshops, how to implement the schedule, which different styles of yoga to incorporate – she had to teach herself everything. However, the pandemic was the biggest challenge she has ever faced. She describes her plight, “When the lockdown started, we taught yoga for free for the first 10 weeks and made the contribution donation-based after the free period expired. Teachers were volunteering and I had to pay out of my pocket. Everyone was losing their jobs and was under a lot of mental and financial stress, so I thought that I needed to do something to help people. I was paying the instructors their salary, but I could not even make a third of what I was earning before the pandemic hit. Whatever profit we had made in the first 2 years had gone back to the business.”

Today, Manuri conducts classes on two platforms – outdoor classes at parks, and live-streaming on her website, in a 30:70 ratio. Because she had a chance to switch platforms, she feels blessed. She also helps those who cannot attend the sessions by educating them through the studio’s social media accounts.

She has a message for everyone who wants to transform their lives. She says, “A lot of people think that yoga is about movements but it is way more than that – it is a philosophy. Be content with your body limitations and give it all you have got, give your best even in your practice, and accept whatever the result is. Everything you practice on the mat, take it to real life. You will see yourself grow, and the world will automatically become a better place!”