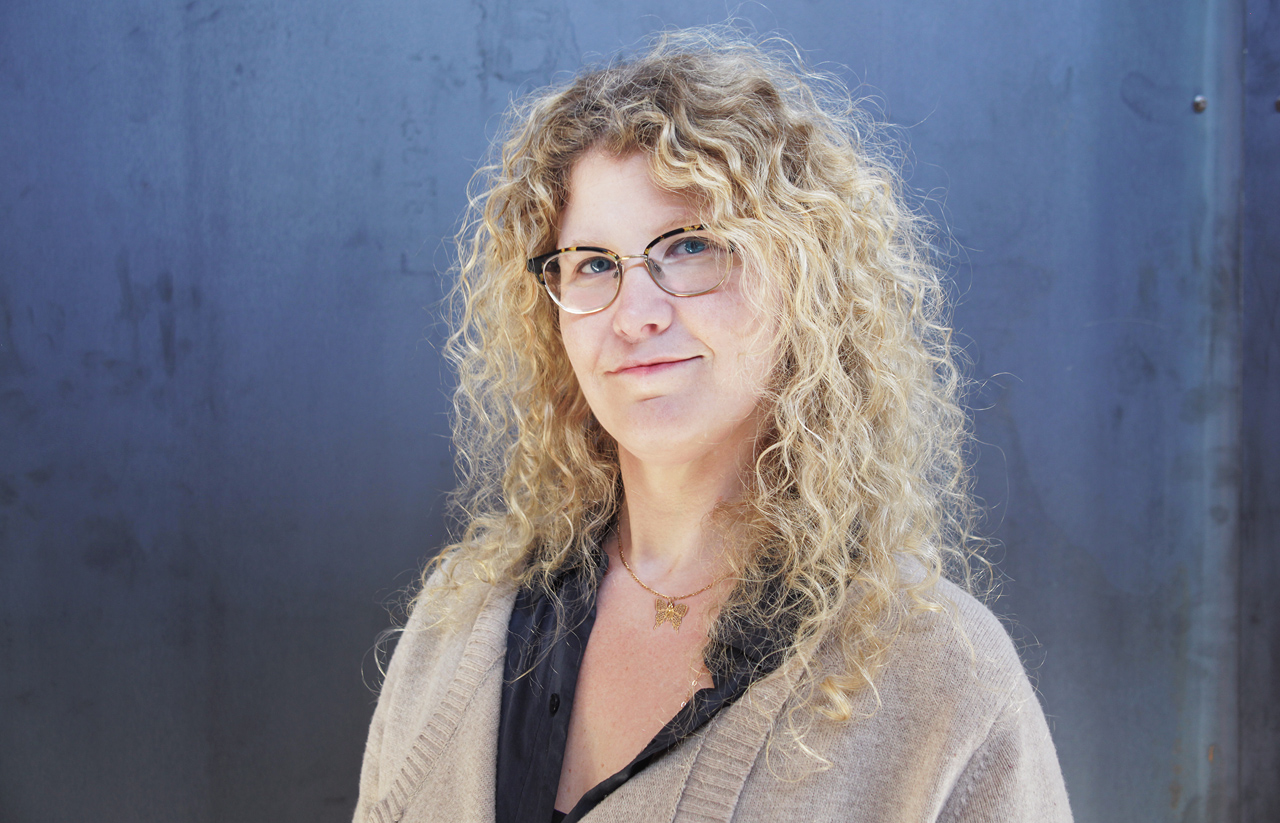 Meet Erin Sarofsky – the owner and Executive Creative Director at Sarofsky, a creative production studio based in Chicago.

Erin kick-started Sarofsky in 2009 and formed a group of extraordinarily talented makers who have been providing their services to leaders in the advertising and entertainment industries worldwide. Today, Sarofsky’s makers use animation, visual effects, motion design and live-action to collaborate with customers from concept to delivery, producing work that is visceral, innovative and diverse. With artistry that encapsulates in-house long format, commercials, brand films, title sequences and much more, Sarofsky’s reputation for breakthrough design, its proven multi-media production expertise, and its fabulous Olson Kundig-designed studio in Chicago’s West Loop all constitute key components of the attraction.

Talking about her childhood, she says, “It was very traditional. I grew up in Levittown, New York, USA, and lived in the same house until I left for college. My parents were very supportive of me, giving me the encouragement and resources to follow all of my artistic inclinations (even the ridiculous ones!). I would say, looking back, that while I wasn’t overly sheltered, my worldview as a child was very small and limited to my experiences, my parents’ views and the strangely conservative attributes of my surroundings.”

While in college, Erin found herself laser-focused on motion graphics and time-based narratives, something she still feels deeply compelled by. She began her career at a prolific studio that was well known for that kind of work, so she had access to amazing projects with infinite creative opportunities. That studio was in Chicago, a city she had never visited before, and she went there not knowing if she would even like it. When she left that studio her career took her to New York City. Not long after, she found herself longing to be back in Chicago, and because of this pull, she decided to open a small studio there. Looking back, she considers herself lucky to have found her passion pretty early in her career and a place that resonates with her.

Sarofsky is a well-known organisation that consists of high-quality makers of narrative work, mostly, but not limited to, commercials and main title sequences for TV shows and films. In fact, chances are that they might have created the titles for one of your favorite shows, too!

Erin’s work positioning the company to be helpful to the world is a great source of pride. She contributes her time and talent to documentaries that fit well within her and our interests. For example, she believes that by educating girls, we can change everything that is wrong with the world. In fact, there is nothing more powerful we can do than this — “So early in my company’s history, I co-directed on a film called ‘Girl Rising.’ That film and movement has helped bring a change to so many people and communities. We have also contributed to ‘The Prosecutors’ (a film about prosecuting people who use rape as a war tactic), ‘Ringside’ (a film about two young boxers who grew up on the south side of Chicago), ‘Represent’ (a film about three women running for office in the U.S.) and ‘Abacus’ (an Oscar-nominated film about how the NY district attorney prosecuted only one small Chinese bank during the 2007 financial crisis)…to name a few,” she says.

In the beginning of her career, Erin was unaware that being a woman was in fact a setback. Not only was she paid significantly less, she was also held back for promotions while her male counterparts were elevated quickly. Looking back, while she still is disappointed in her employers because they should have and could have done better, it has also provided her with great insight into how she aspires to run her own business. It also made her define some non-negotiables for how she operates her own studio and how she defines success. For her, success comes when two things happen: First, when her clients achieve their business objectives and second when everyone feels ownership over their work.

Her string of experiences has made her follow this motto — “Run towards the fire.” For her, if something isn’t working or she sees something happening that isn’t sitting well with her, she tries to address it (even if it makes her a little uncomfortable). “If I am being frank about my previous experience of being underpaid and under protected, my employer and those peers that were promoted above me may feel like they won those battles… but I know now that I won the war. My career, character and relationships are all framed by those experiences. And while I learned the hard way, I know for certain that no one that works with me will ever have those dehumanizing experiences I had. At the end of the day, it has also helped for me to let go of what has happened in the past. The idea of moving forward into what’s new and, maybe a little scary, that’s what I want to define me, not what’s behind me,” she says.