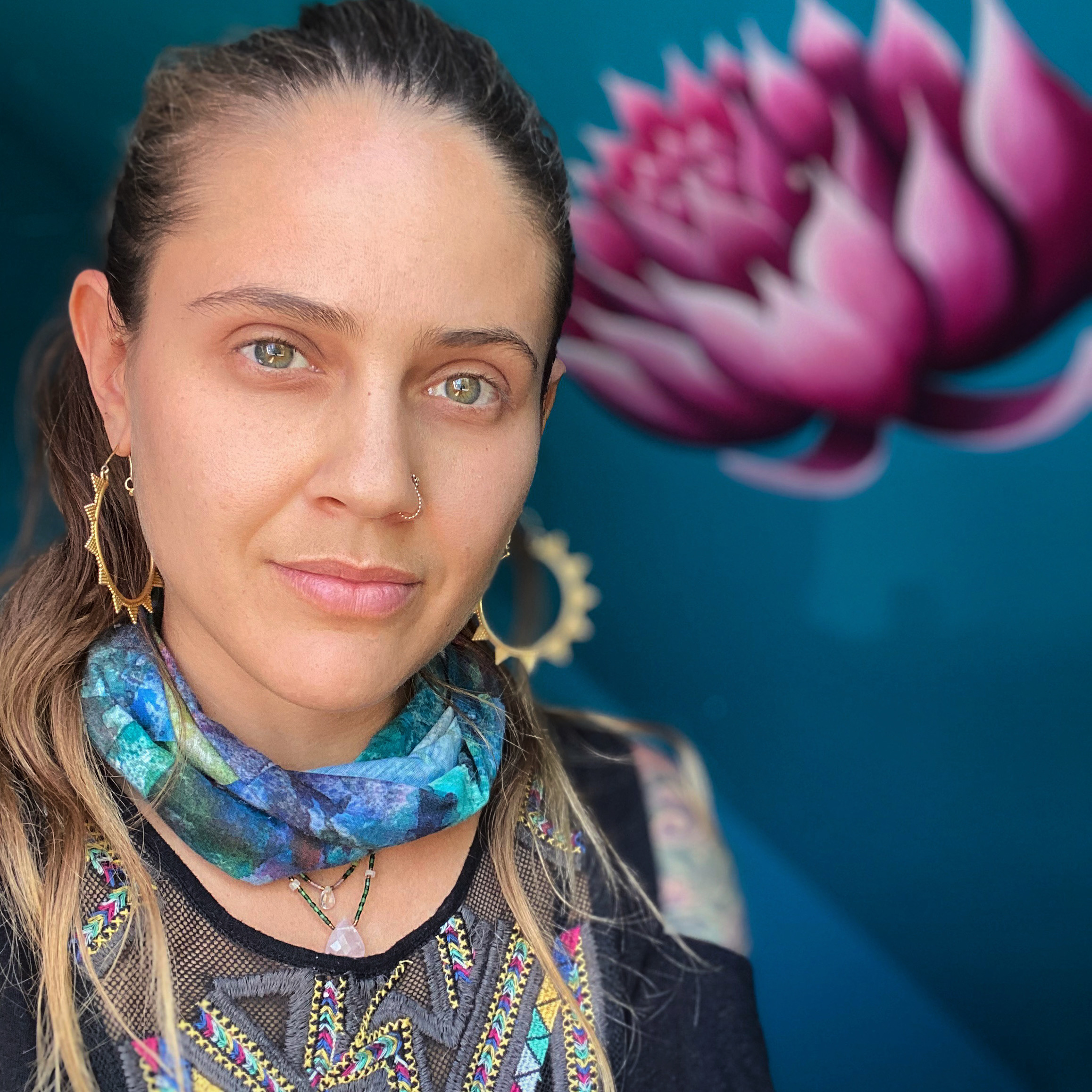 “Life is always confirming the love it has for me by giving me signs, messages, and miracles because I am listening from my heart.”

Elena Rose Davis is a holistic healing artist who is passionate about empowering others to tap into their infinite potential. She is the founder of Peace of Mind Sacred Wellness, a sacred space for massage therapy and a platform for sharing community skills.

Having a troubled childhood herself, she is now supporting others to heal and grow. What started from a basement level office turned out to be a major therapy salon within a year.

As a child, Elena was diagnosed with certain “disorders” like ODD (Oppositional Defiant Disorder) and it conditioned her to believe that it was wrong for her to be strong and independent. She channelled the negativity she received in school into art. She began drawing, painting, and started competing as an actress by the age of 11. The traditional school system never supported her creativity and hence, she dropped out and resorted to drugs. She suffered from bouts of depression and feels massage therapy and holistic healing saved her life.

Elena became a massage therapist at 18 and went to India for 3 years to get yoga training at Sattva Yoga Academy. There she became a master teacher in Yoga and Meditation. She infuses her work with passion and creativity. In 2009, she opened her own healing wellness center in Denver called Peace of Mind Sacred Wellness. Not knowing anyone in Denver and undergoing a financial crisis, Davis single-handedly founded this institution, which became a hit in the neighborhood within a year. It helped start healing in the community up to its closing in 2020 due to the pandemic. She helps people heal physically, mentally, and even emotionally through yogic technology. She often hosts workshops, transformational retreats, and private sessions to heal her clients. “My mission is to empower others to find the inner strength and self-love within that will give them the power to heal themselves and live fully”, she says.

The customer response towards her wellness center has been overwhelmingly positive. It was named the top massage business in 2015 and 2018. Davis was thrilled to receive thousands of touching messages on its closing. While all good things must come to an end, she believes there was no failure, and it’s time for her to expand her work out of Denver.  She is clear about her next venture where she wants to make healing accessible to everyone.

She loves to travel, especially to South East Asia, and learn about new cultures. She has volunteered in Nepal and was also moved to open Peace of Mind for girls in the country.

Talking about the challenge she faces, she says, “As a healer the challenge is to continue to heal yourself, taking pauses from serving others so that you are grounded in your own inner work when assisting others in theirs”. Davis wishes to create time, space, and devotion in others’ lives for their self-healing. Holistic healing got her out of her dark phase and helped her commit to sobriety all these years. She wants to share her gift of intuitive healing with as many people as possible.

Leaving a message for her fellow entrepreneurs, Davis says. “You can not make mistakes in this life, only choices. Choose from the deep center of your heart and it will not lead you astray. It will lead you towards evolution and liberation”. She followed her passion and healed not only herself but also the community.