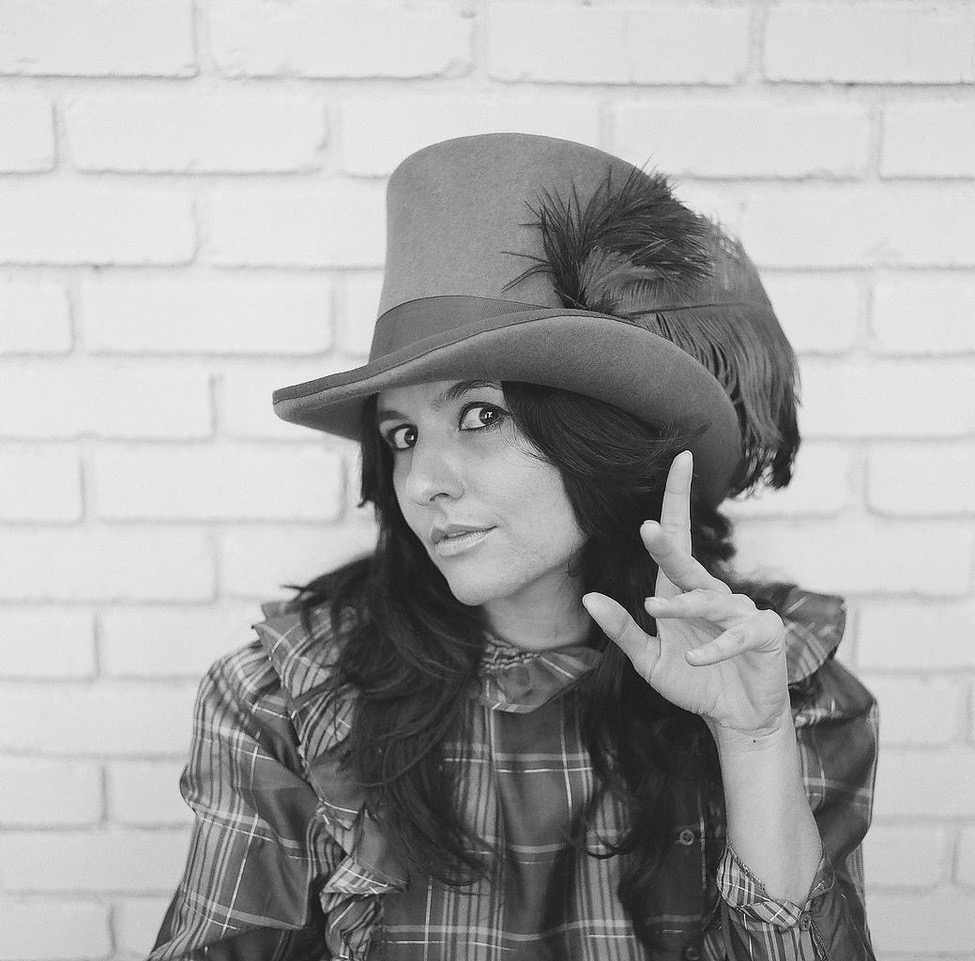 Meet Coxy – an independent film writer and director based in Los Angeles, California.

Chiara Rodoni, whose stage name is Coxy, was born in Italy and raised between Milan and Paris. She’s been in love with cinema since she was a child, and started dreaming about becoming a filmmaker after watching Federico Fellini’s 8 ½ and French New Wave films.

Coming from a catholic and conservative family in Italy, she was expected to have a traditional career, so it took her some time before she could pursue her dream of becoming a filmmaker.

Coxy started her creative career in the Italian fashion industry and has worked to her full potential designing collections, producing ads, videos, campaigns and look books for some of the biggest Italian fashion brands from Gucci to Prada and working alongside iconic Italian designers like Gianfranco Ferré.

After losing both her parents she realized that there was no more time to lose, so she took a leap of faith and moved from Milan to Los Angeles, determined to start working in the film Industry.

When she landed in California, she didn’t know a single soul and it was quite difficult for her to find her place in an industry that has such a selective demeanour, but she didn’t give up- “I wanted to take a chance on my dream and moved to LA because it is the epicenter of the film industry. For me, this was the only place where I could learn from the best and start a career as a film director. The first most logical thing to do was to find out ways in getting access to sets. After some thought, it appeared to me that the easiest thing to do would be to start as a wardrobe stylist and costume designer, since I had so much experience in the field. So I started meeting producers and directors and landed jobs on film and commercial sets. Meanwhile, I also drafted my plan to become a film director in the coming years,” she says. As a result, she launched a creative agency and started writing, creating and producing short films and branded content, but with a narrative edge.

Her initial struggles included discovering a new culture and the ways things were to be approached. “As an immigrant, you got to go through the whole visa process and then the green card process. In the beginning, my visa allowed me to work only as a stylist and costume designer, which was my field of work in Italy. Then after a few years that my work was recognized and awarded in the US, I was able to get a Green Card and work my way up to other things,” she says.

Another challenge that she faced in the film industry was not being her 20s or young enough to compete with students who had attained a professional degree in the same field. She got amazed by their creativity and open-mindedness, to an extent where she found it difficult to make a place for herself- but the fact that she chose to go on and not give up says otherwise. “Being a woman in the film industry, hailing from a different country and coming to LA to fulfill your dream has been a roller-coaster ride in itself, but I’ve enjoyed every moment of the journey and had so much fun during the ride!” she says.

Even though she didn’t have a professional degree to bag projects for herself, she went on to become a member of different organizations for independent filmmakers and tried to attend every possible workshop that was out there to learn more from experts as much as she could. Even today, she tends to attend as many classes as she can in order to polish her skills.

Coxy’s work has been featured on Vogue, Marie Claire, L’Officiel among other international magazines as well as within the exhibition “The new Vocabulary of Italian Fashion” at the Triennale Museum of Design in Milan. Her films have been featured at international film festivals and won 3 Awards.

Looking back at her journey, she says, “Surround yourself with people who are smarter than you if it’s an intimidating position to be at. Always be open to learn from those around you as you may receive advice that can change your life forever.”

Coxy is currently based in Los Angeles although her free spirit and her love for traveling always take her around the world to work on new projects and explore new stories to tell.