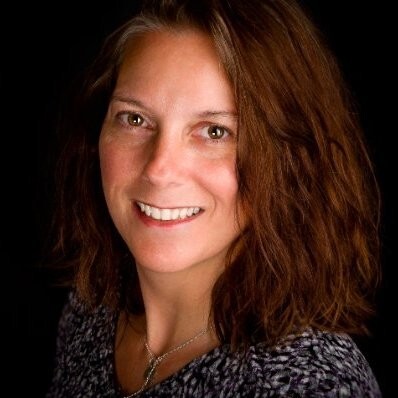 Meet Kerrie Holschbach- the founder of Food For His Children, an NGO that does Community Development in Tanzania, Africa.

Before being a licensed social worker and pastor, she is a wife, a mother, and a Christian as she likes to call herself. As Kerrie has always been drawn to people who are struggling or are in pain, her passion and greatest joy lie sitting with someone, listening to their story, and helping them find their way out. But was it like this from the very beginning?

Her parents divorced when she was just 10. Even though she did well in school, she never really got into trouble until her teenage years. From indulging in sex to drugs to partying, she was 13 when she decided that God does not possibly exist and ended up being an atheist. She graduated early from High School and started college while her peers were finishing their senior year. Apart from being an A grade student in college, she worked full time all the way through so that she could support herself and pay for her college fee. Interestingly, from the age of 16 till 47, she was always doing 2 or more jobs.

At the age of 24, she married her childhood friend, despite signs that he had a drinking problem. On their 5th wedding anniversary, he didn’t come home and when he came home the next day, he told her that he was addicted to cocaine. “Over the next couple of years, he would disappear for months at a time, ripping my children’s hearts out. He became addicted to crack and was even dealing with drugs. After several separations and attempts to make it work, I filed for divorce, and for the next 7 years, I did multiple jobs, essentially as a single parent who was broken and desperate,” she says.

With all the trauma, Kerrie started going to the church. On September 11, 2001, as she watched the 2nd Twin Tower get hit live, she made the life-changing decision to give her life to Jesus and in 2005, she went on her first mission trip to Tanzania. That same year, she met her soul mate, Rob and got married to him in 2006, shifting to Tanzania with her children. “As a social worker and mother, I needed to do more than just painting a school or church. I wanted to find a way that would address the root cause of the problem of poverty in Tanzania. I knew about Heifer International’s model- a model that helps poor families in farming through training, hands-on support and gifts of livestock, seeds and trees. So, I asked the locals what animals would best help their families and they recommended chickens and goats,” she says. In 2008, they provided chickens, goats and farming supplies to 40 families and with such trips, Food for His Children was born.

Food for His Children is a faith-based community development organization that seeks to eradicate extreme poverty in rural Tanzania. It provides training, one-on-one support and encouragement, pastoral care, a micro-loan of a dairy goat, and veterinary services, through which families are able to provide food, medical care, education and a safe home for their families. At present, the organization has over 400 families that are serving in 40 sub-villages in Tanzania. “We come alongside women whose husbands have abandoned their families and provide them with skills and an income by producing goat’s milk,” she says.

Her current challenges include running an International NGO from the US and being the only employee to run this side of the organization. Though she has 16 employees in Tanzania who do the work of the organization, in the U.S., finding volunteers who can commit to specific hours each week is always a challenge, especially because they don’t get to meet the people they are helping in person and are doing work from around the world. Hopefully, this problem finds a solution too as everything else is gradually falling in place.

To every woman who is not confident about her identity, she says- “Listen to that still, small whisper in your ear. If there is something that you have always wanted to do, something that burns in your heart or is a heavy burden for you, do it. Don’t wait until you are ready until you have everything set up. Do it one step at a time. That burning passion you have is your calling. Step into it and you will find that your whole life has been preparing you for it and never for one second will you regret stepping into it.”