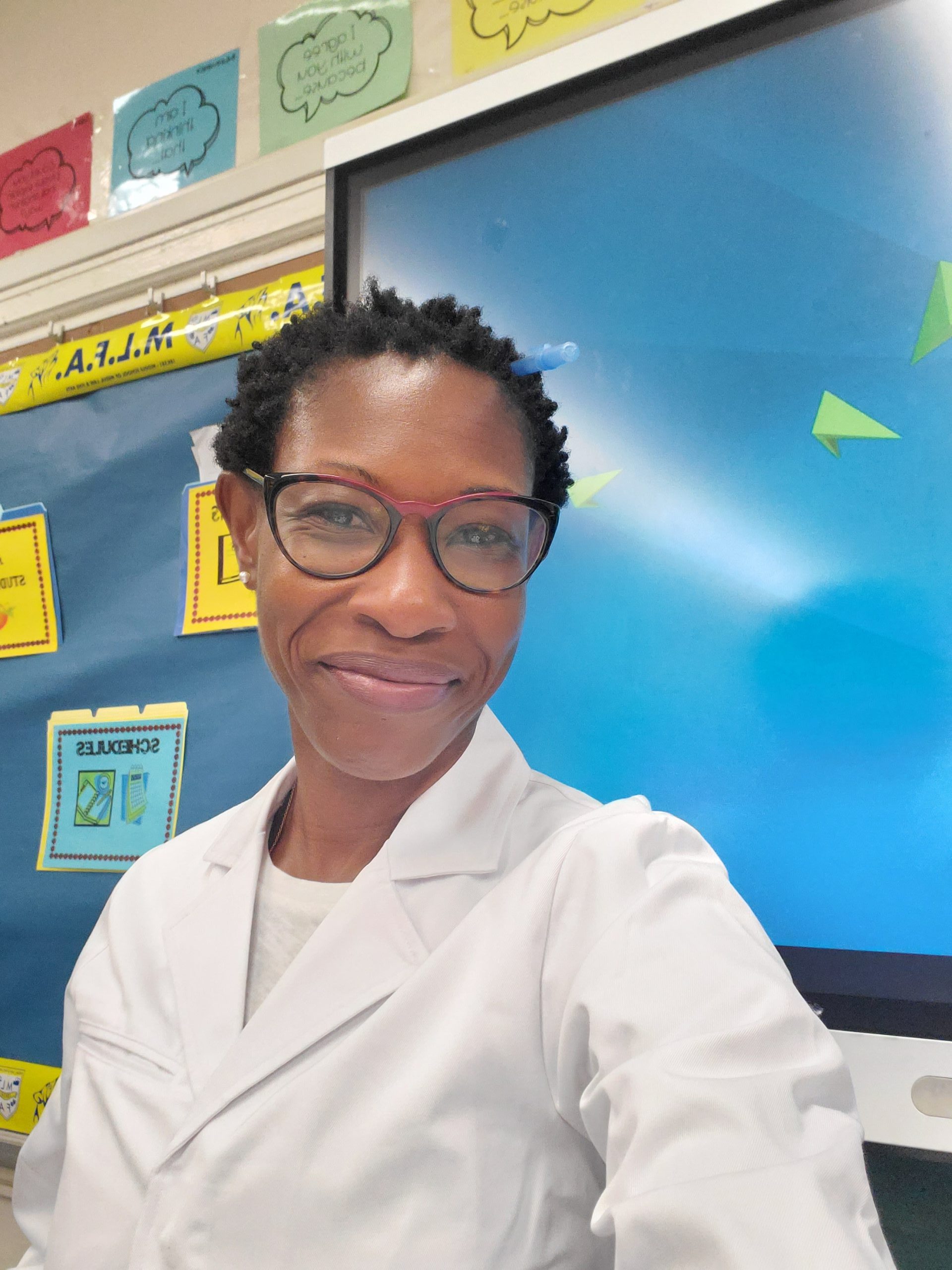 Meet Natasha Atkins- Founder and Executive Director of SGR! & Projekt 48, a learning lab that bridges the gap between Neuroscience, Social Work, and Education.

What can one expect from an award-winning social worker and social entrepreneur committed to providing programs in Health and Wellness, the Arts, and Science to children and adults? The answer is ‘trust’. Natasha grew up with her feet in two worlds; originally from Barbados, she later moved to Queens, New York at a tender age of eight. Although she spent most of her primary schooling and secondary years in Queens, she would make sure to return to Barbados annually for her summer holidays. In this manner, her sense of culture and self-identity were shaped by maintaining a close connection with Barbados while she navigated through her adolescent years in NYC. Coming from an island where Black leadership is not an anomaly, she was able to internalize an alternative narrative of Blackness while being raised in a city and country that struggles to acknowledge the voices of People of Color (POC). Therefore, it felt like a sigh of relief whenever she would return to her island home and also feel burdened upon her return to NYC because of the narrow and deficit-mindset of Blackness.

For her, it wasn’t really a cakewalk to start her own initiative- “Lack of exposure to different career pathways and social capital were my initial challenges. Luckily, I was a performer in high school, as I completed a conservatory dance program at Benjamin N. Cardozo and leveraged that skill to earn a position as a dance instructor at a Brooklyn-based non-profit. Exposure to the non-profit sector through this role helped me shape my career and ultimately my decision to continue in this field. Now, as Founder and Executive Director of two social enterprises, I would say social capital is still a challenge because there is a deficit of Black leadership in this sector. Therefore, finding colleagues who have either started their own organizations, or were promoted to lead existing organizations has been a challenge,” she says.

Prior to starting Projekt 48, Atkins was focused on a community development project she had launched while completing her last year at New York University. The project, called Soca Girls Rock! (SGR!), identifies and supports under-resourced organizations in the Caribbean serving women and girls. This led her to travel throughout the region establishing partnerships across four islands in just three years. Since 2017, SGR! has distributed over $10,000 in grants and returned over 1500 pro bono hours in the areas of youth development, women’s reproductive health, and research.

Through Projekt 48, she fills a unique niche altogether- “We are providers of a science-based mental health curriculum to grades K-12. Current mental health educational initiatives typically focus on the psychosocial elements of mental health; however, P48 incorporates the biological elements providing a more concrete explanation of their adolescent development experiences,” she says. During the academic year of 2019-2020, Projekt 48 provided over 56 hours of neuroscience-themed instructional content with their signature program ‘Scientists and Social Workers in Schools (SSWS)’, reaching children and adults in Brooklyn, Manhattan, and even in the Caribbean. This initiative provides a critical outlook on the neurobiology of mental health, and fundamentally changes the way that students, educators and social workers talk about coping with trauma, while providing direct access to scientists and social workers for under-resourced communities.

Unfortunately, last year, Atkins experienced a major medical trauma that helped her re-evaluate how she wanted to approach life and how she could help people – especially young people – understand the biological roots of their trauma. Subsequently, she evolved the work of SGR! to include in her academic portfolio, Projekt 48. To ensure that she was creating a great program, she embarked on an independent post-MSW journey and began studying neuroscience in an effort to attain a third graduate degree in the subject and was subsequently accepted into the Neuroscience and Education program at Teachers College last fall. Till date, for SGR!, she has received the Global Social Work award in 2018 from NYU and has also secured her first grant last year which was redistributed to three of her Caribbean-based partners. Even for Projekt 48, both students and adults have responded favorably to the curriculum, and the live brain dissections. Talking about what really worked for her, she says, “Don’t resist the unexpected in your career/life journey. You can struggle with the unexpected, which is natural, but lean into it, even if it seems like it has no connection to what you had planned.”