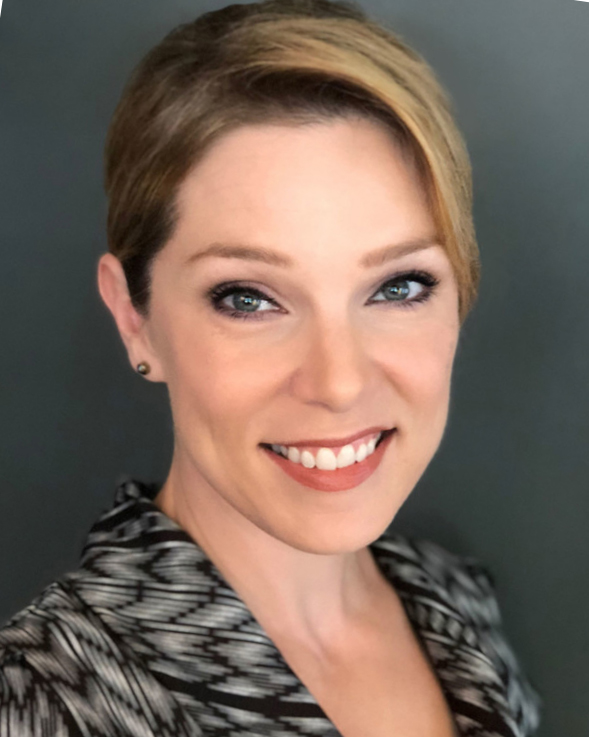 Alecia grew up in a household that did not believe in any boundaries as to what a person could be or do. When she accepted the position of the Associate Director of Development for the Anti-Defamation League in 2018, after four children and a 15-year career break, she got the unwavering support of her husband and children.

Alecia’s interest in nonprofits began in high school when she volunteered with the local Head Start Program. After studying Nonprofit Management at Indiana University, Alecia moved to Atlanta, and worked with Atlanta Symphony Orchestra and Make-A-Wish Foundation. She took a break from her flourishing career to be an active parent in her children’s lives, only to come back to work with an added rigor. Alecia completed her graduate degree in Creative Business Leadership from Savannah College of Art & Design in May 2020 to give her an edge in her career. She believes that she is a living example of “It’s never too late to be what you might have been.“

Alecia believes that parenthood, volunteering, and using her skills of management in nonprofit ventures during her time as a stay-at-home parent, have made her “an efficient project manager”. As a full-time parent, she served as the President of a local school PTA and was on the advisory councils for five different schools. In 2012, Alecia was recognized by the local city council with an Education Volunteer Award for outstanding dedication and service to the local schools. These skills that she used as a parent and while working with schools in varied capacities were quite relevant to her present job. She believes that they have helped her evolve as a person and return to the workforce with confidence.

Alecia’s start with the Anti-Defamation League coincided with one of the largest increases in hate crimes the league had seen in decades, but Alecia’s determination kept her inspired. She says, “It has been remarkable to be a part of the work the League does to not only combat hate and discrimination but to promote respectful schools and communities.”

Talking about her challenges, Alecia says that the problems she faced early in her career and the difficulties she is facing now are oddly similar. She considers Imposter Syndrome as her nemesis. Elaborating, she says, “Early on, I suffered from insecurity about my young age and inexperience compared to my peers, feeling the need to prove my worth constantly. Upon my return to the workforce, I was surprised to find myself feeling similar, except now it was about how my peers were all younger than me, and the colleagues my age were career levels above me“. It was only after deep introspection that Alecia realized the new and unique skills and perspectives she has brought to the table after her 15-year long career break. She says, “I credit my professional success to having proven myself to be a resourceful and creative problem-solver with a high level of professionalism and self-motivation. The last few years have not only shown me what I can accomplish, but they have acted as an example to my children — particularly my teenage daughters — about what can be accomplished regardless of your starting point.“

Alecia leaves a message for everyone who doubts their capabilities and is scared to take the first step. She says, “Don’t ever discredit the unique skills and experiences you bring to the table. Believe in yourself, and go for it!“