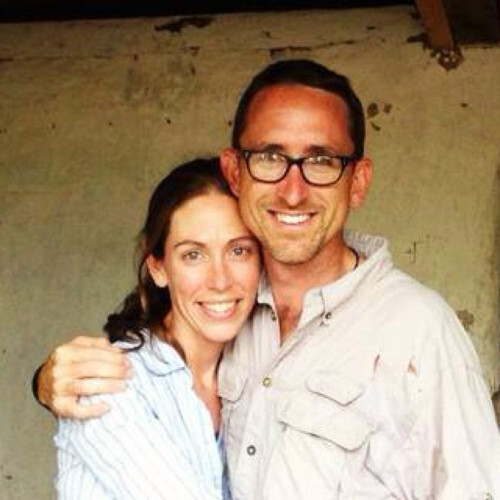 Meet Allison Thweatt Brown- a Nursing Medical Director & the founder of Mission Lazarus, an initiative that provides employment to the less privileged.

Allison is a nurse who believes that holistic healing is best aimed at communities and families and includes the discovery and subversion of the root causes of all types of malady. To transform lives is a collaborative process with participants eager to invest significantly in their own betterment. She believes that poverty is society’s biggest enemy and being able to defeat it through education and job creation brings positive outcomes in health, interpersonal relationships, and the community.

Growing up in a family of five with a deep bond, sharing each other’s passions shouldn’t come as a surprise to anyone- her mother possessed a major interest in science and that interest naturally passed on to her. As far as she can remember, she was always keen on studying health and medicine from the time she could read.

Fast forward to her marriage, she moved to Honduras with her husband to open a medical clinic and found so many different opportunities and more importantly, local people with a desire to respond. “We began to see ourselves as nothing more than a catalyst to jumpstart others toward a better quality of life, through education and job creation,” she says.

The couple purchased a neglected coffee farm on a mountain in order to generate income for their children’s home and realised in the process that at the same time, they could offer jobs to the local women, who could then support their families. Usually, such jobs usually went to men, and the inequity of pay when it went to a woman was unfair to them. As a result, they decided to carve out a farm, run by women, and paid a fair wage. This very decision of theirs has transformed into a coffee farm today on a mountain with families living around it- also giving birth to their initiative, Mission Lazarus.

“Our organization, Mission Lazarus, exists to cultivate dignity and purpose so that individuals can live better lives now and for eternity. With this in mind, we created San Lázaro Coffee, which employs more than 20 women today to produce high-quality premium coffee,” she says.

However, things weren’t as simple as it sounds.

In the initial days, the duo caused a great stir on the mountain because they began to pay better wages than any other coffee farm. Being a better employer made them unpopular with competitors on the mountain. Even though things have settled down now over the years, their commitment to providing fair wages makes their profit margins very small, leaving them with the responsibility to make sure that the financial decision they make is right for everyone.

To the upcoming entrepreneurs who are looking for some real-life inspiration, she says, “When something bothers you, wrestle with it. When you respond, choose to act in a way that can bring sustained change and ask yourself- what can bring a sustained change to that woman, or that child, or that man? You’ll probably find that most of the time the answer is education or job skills, and an employment opportunity. So come on dear Women, let’s provide our fellow women with skills training and job opportunities, and let us change the legacies of entire families for the generations to come!” This very notion has redoubled her conviction that job creation is the best way to catalyze sustained change in families, which leads to changed legacies.