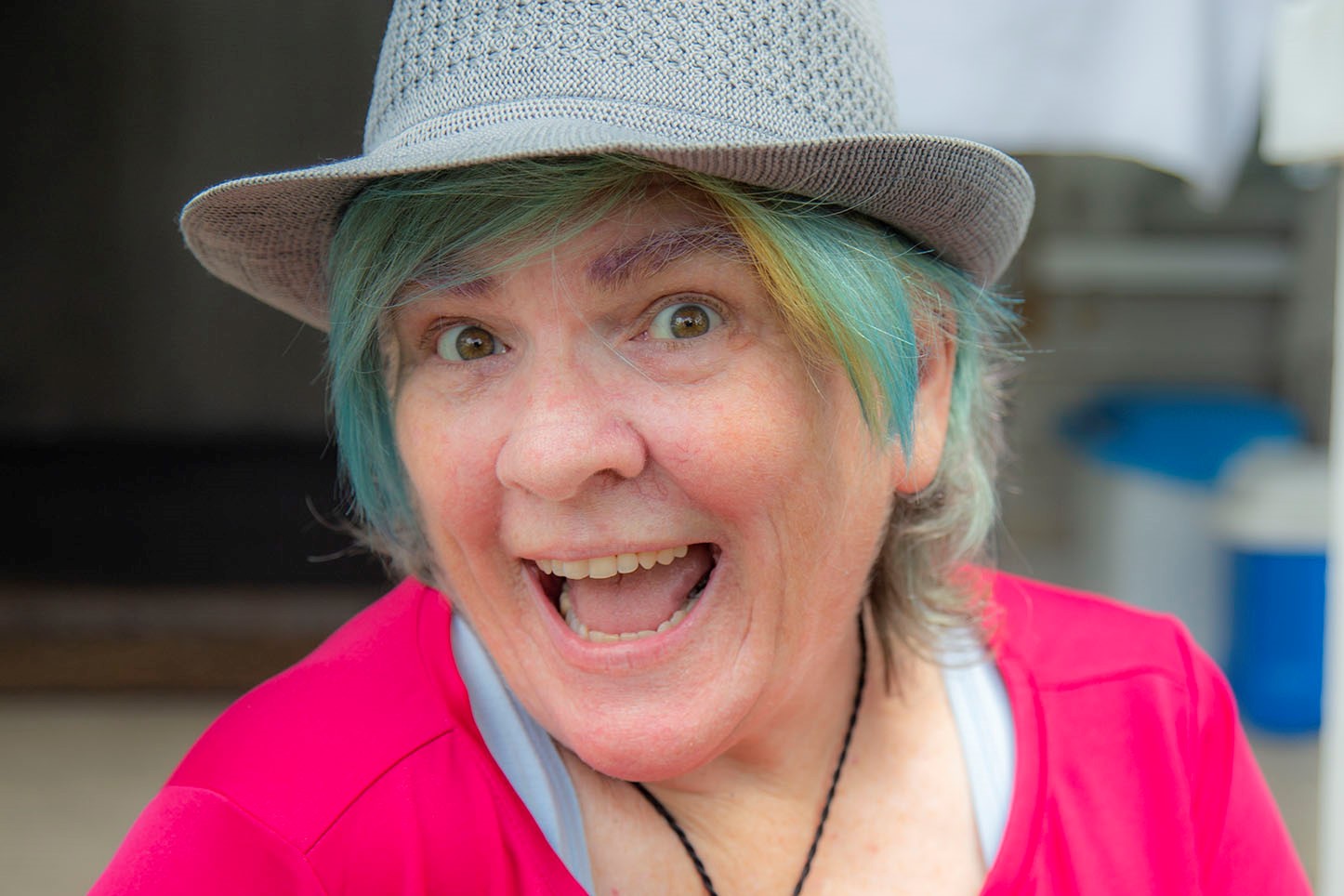 Meet Mary Brotherton – the co-founder and president of the nonprofit bUneke, the editor in chief of bUneke Magazine, and the director of bUneke Radio.

Mary is a lot of things – a manager, an administrator, an editor, a wife, a mother, a grandmother, a cat companion, and a writer. She manages three distinctly different formats of her organization bUneke.org and looks after aspects like grants, volunteers, interns, and fundraising.

Growing up in rural South Carolina, Mary was always studying or reading. She says, “As the studious child, I was often accused of shirking my responsibilities, when I’d merely lost track of time, my head off on an imaginary adventure“. But she had been taught to be self-sufficient, strong, and sufficient, which has helped her choose her path and support many others along the way.

Leaving a psychologically abusive marriage of 25 years, Mary took on important jobs as a support staff, when one day she realized that she could put her talents and skills to work for a larger purpose. It was then when she connected with a former colleague and friend, Jennifer East, with whom she shared common interests and concerns. Reminiscing that meeting, Mary says, “During lunch, we discussed life choices and together we made the conscious decision to create something different. She became my co-founder and our lives have both changed as a result“. Brainstorming for the name of their digital magazine, Mary and Jennifer decided that they had to be unique and stand out; that is how bUneke came into existence. She exclaims, “We had no idea, at the time, this idea would become a global movement, attracting volunteers from around the world to work with us!”

Starting in 2018 with professionals who wanted to make a difference in the world, Mary’s organization, bUneke.org, has expanded to deliver elevated content, for all ages, in the form of digital and print-on-demand magazines, webisodes, podcasts, and documentaries. This collaborative, 501c3 charity works with creative individuals, worldwide, to highlight those who are walking their talk, instead of sitting on the sidelines, waiting for someone else to make changes. They highlight other nonprofits and world changers through a multi-disciplinary approach and work with writers, artists, photographers, videographers, sound technicians, directors, and scriptwriters to create a variety of products through their printed magazine and bUneke Productions. Their volunteers represent 27 countries with a global reach of nearly 400,000.

For Mary, the biggest struggle is to maintain balance while striving for excellence. She says, “My co-founder and I constantly remind each other that we must take our own oxygen first so that we can be effective leaders. When we think we can no longer stand up, we lean on each other“. Just in two years, Mary’s organization has attracted volunteers and sponsors from around the world. They have three distinct formats and are considering adding two more. They have been directly responsible for connecting many nonprofits with sponsors and additional volunteers and have writers from all groups.

Mary has had immense support from her family. She is thankful to her generous and supportive husband who makes her bUneke lifestyle possible and manages things without any complaints. Mary believes that her journey with and at bUneke has changed her life – “My creativity has taken on new wings and my leadership skills have improved. I’m more confident in my role as mentor and as a public speaker, despite a few ‘ums’ along the way“.

Mary believes in the power of smiles and small gestures. She sends a message to all the women of the world, “Remember that your smile, a word spoken kindly or a simple gentle gesture could change someone’s life“.