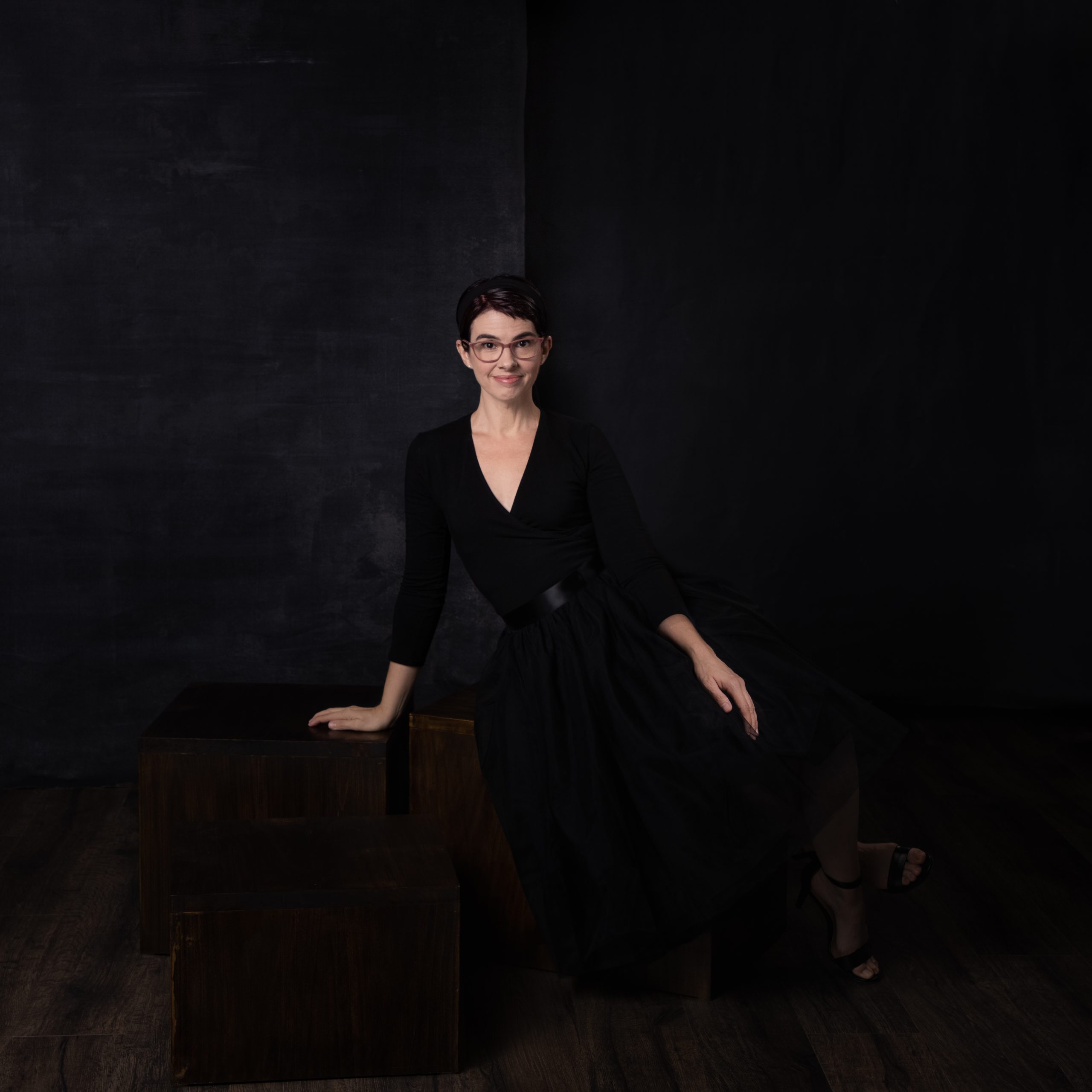 Meet Marnie Clagett- an experienced Photographer and the Owner of Clagett Photography, a studio based in Elizabethtown, Kentucky.

Marnie happily operates a photography studio known as Clagett Photography in a building that she and her husband have renovated in their city’s historic downtown neighborhood. This very studio provides the sole income for their family of four and is built almost entirely on the idea of giving back to their community and donating to charitable organizations. In her free time, she works to help educate other photographers about how to run a successful business and serve their clients in a better way.

But how did her story begin?

“I grew up in a small town in Eastern Kentucky and then moved to Elizabethtown, Kentucky,  when I was eight (after my parents’ divorce). By complete accident, I found that I had a knack for acting and fell in love with theatre at the age of 12. Thanks to scholarships and a good deal of financial aid, I attended Northwestern University and graduated with a degree in Theatre and Performance Studies. Performing (and later teaching and directing) helped me to discover a confidence in myself that I don’t know I would have found otherwise. I discovered photography in middle school, but never considered it as a career because theatre had come first,” she says as she talks about her initial interests.

Straight out of college, she got married and began pursuing a career in theatre. The duo moved to California for her husband’s job in the late 1990s. As she was just beginning to get established as an actress in the Bay Area, fate played its part and she became pregnant with their first child. She was quick enough to learn that she wasn’t going to be the actress she wanted to be and also be the mother she would like to be to her children at the same time. Thereby, she decided to walk away from the entertainment industry and instead focused on her son and then, two years later, her daughter. Between all this, she always knew that she was going to need a creative outlet to stay sane, so she took up drawing and oil painting. She had also been photographing her children and, after a friend in an oil painting class asked her to photograph her grandson, she realized that she might have found a second career that would be a little more family-friendly.

“When I started my business in 2009, I had no understanding of how to price my work. Within a few short months, I went from having a part-time job to doing more sessions in one quarter than I’ve ever done in a full year since. At the end of that year (2010), the studio had NET $10,000 and I hadn’t even paid myself a salary. I had worked myself to death and had practically nothing to show for it. Needless to say, I got help in 2011 that turned my business around,” she says. Today, her biggest challenge lies in wanting to shift the style of photography that she offers to her clients.

Clagett Photography is built entirely on charitable marketing principles. Marnie gives a portion of every portrait session she does to non-profit organizations. Her ‘High School Senior Model’ program is designed around the concept of giving back. She constantly looks for students who are dedicated to making their community a better place and provides them with volunteer opportunities throughout the year. But her job goes deeper than that. She is able to help children develop greater self-confidence by helping them to see the best sides of themselves every time they walk past the prints that their parents have purchased.

According to her, the most important thing that helped her to find success was investing in business education. The artistic and technical side of photography came easily to her, but she had no idea what she needed to do to make her studio profitable. For this, she joined the Professional Photographers of America and took every business class she could. Today, her work has been featured in Professional Photographer Magazine, Women’s World, Kentucky Bride Magazine and Elizabethtown Lifestyle Magazine. She has also received numerous awards, including a top three Children’s Portrait in the International Photographic Competition’s Grand imaging Awards in 2019, first place Children’s Portrait in the Professional Photographers of America’s Southeast District competition and the Photo Pro Network’s Horizon Award.

For every aspiring entrepreneur, she has only one idea to share- “You can do it. That dream, that goal, that ‘maybe-I-could’…you can do it. Yes, it will require hard work and there will be days when you’ll doubt yourself but trust me, you’re enough. And it’s definitely worth it!”