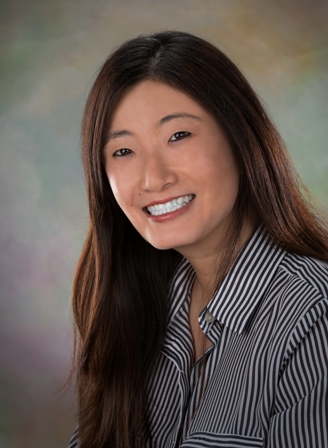 Meet Angela Sumin Lee, Manager of Advocacy Outreach and Engagement at ‘Goodwill Industries International. and a leader on the Diversity, Equity, and Inclusion Committee for the organization, ‘Women in Government Relations’

Driven by her passion for advancing equity, Angela has dedicated her career to advocating for those whose voices have been marginalized. A native of the Washington D.C. area, she lived in Boston for ten years before returning to the District to pursue her degree in Criminology from George Washington University where she was awarded the “Graduate Excellence in Research & Writing” award for her thesis. Angela believes that her education and work experiences have provided her with expertise on a range of topics including criminal justice reform, sexual violence, diversity, equity, and other inclusion programs.

Growing up, there were moments when she felt like she didn’t belong because of her Korean heritage, and it took a while for her to find meaning in her life. She elaborates, “It took me six years and three jobs of entirely different professions before I realized what I was searching for in an ideal job. For years, I questioned what kinds of jobs would make me happy. Personally, I was not okay having a job I did not care about”. During the same time when Angela was wondering about the ‘right job’, personal tragedies hit many people she was close with. That is when she decided to make a difference in people’s lives.

She realized that to do so, she needed the requisite degree and skills, so, she returned to college after a gap of 10 years. She started working with non-profits that provided legal assistance to survivors of sexual violence. She also came across many clients who had lost their homes. She noticed, “There was never one colossal event that led to losing their homes; it was always a series of smaller, seemingly insignificant events like not being able to pay a phone bill or parking ticket, because they were unemployed, that eventually led to homelessness. That is how I ended up working for Goodwill where we work to help people with barriers with both employment and sustainable careers”.

Today, Angela works for “Goodwill Industries International (GII)” while serving on the leadership team for the Diversity, Equity, and Inclusion (DEI) Committee for the organization, “Women in Government Relations (WGR).” GII’s mission is to eliminate barriers to economic opportunities through skills/job training and securing employment for individuals experiencing challenges to getting hired or moving up in their careers. The WGR-DEI Committee seeks to raise awareness among its members on the importance of diversity, equity, and inclusion through education, critical dialogue, strategic programming, and communications. Angela, along with her team, serves to strengthen the organization and the government relations field by fostering critical conversations on race, privilege, bias, and gender roles in the workplace while promoting access and opportunity among the WGR membership and throughout the government relations field.

At Goodwill, Angela and her colleagues have recently put forth a guide with concrete tools and templates that local Goodwill organizations can use in advancing DEI initiatives at their organizations. She is happy with its result and says, “The guide has been receiving positive feedback, and I have realized that there is a hunger among Goodwills for this work. It fills me with hope!”

While Angela has now found her purpose and has been helping others realize theirs, finding which job would make her feel satisfied was a big challenge. Even today, her journey is not simple. She has to make sure every day that people stay motivated enough to take action against things that affect them. She elaborates, “Ensuring people don’t give up if they don’t see a change happen right away can be difficult, and not letting that happen is my biggest challenge today”.

Angela believes that she would have never found happiness and satisfaction in her career had she not taken a chance and started afresh. Since switching careers, she has loved every job and has never looked back. To motivate others, she has a message – “It is never too late to start over. I have met many people who have started a new career much later in life than I have, and not a single one of them has regretted this. Starting a new career while your peers have been moving upwards in theirs may take courage and determination, but your efforts will pay priceless dividends, and you will be glad you did so”.