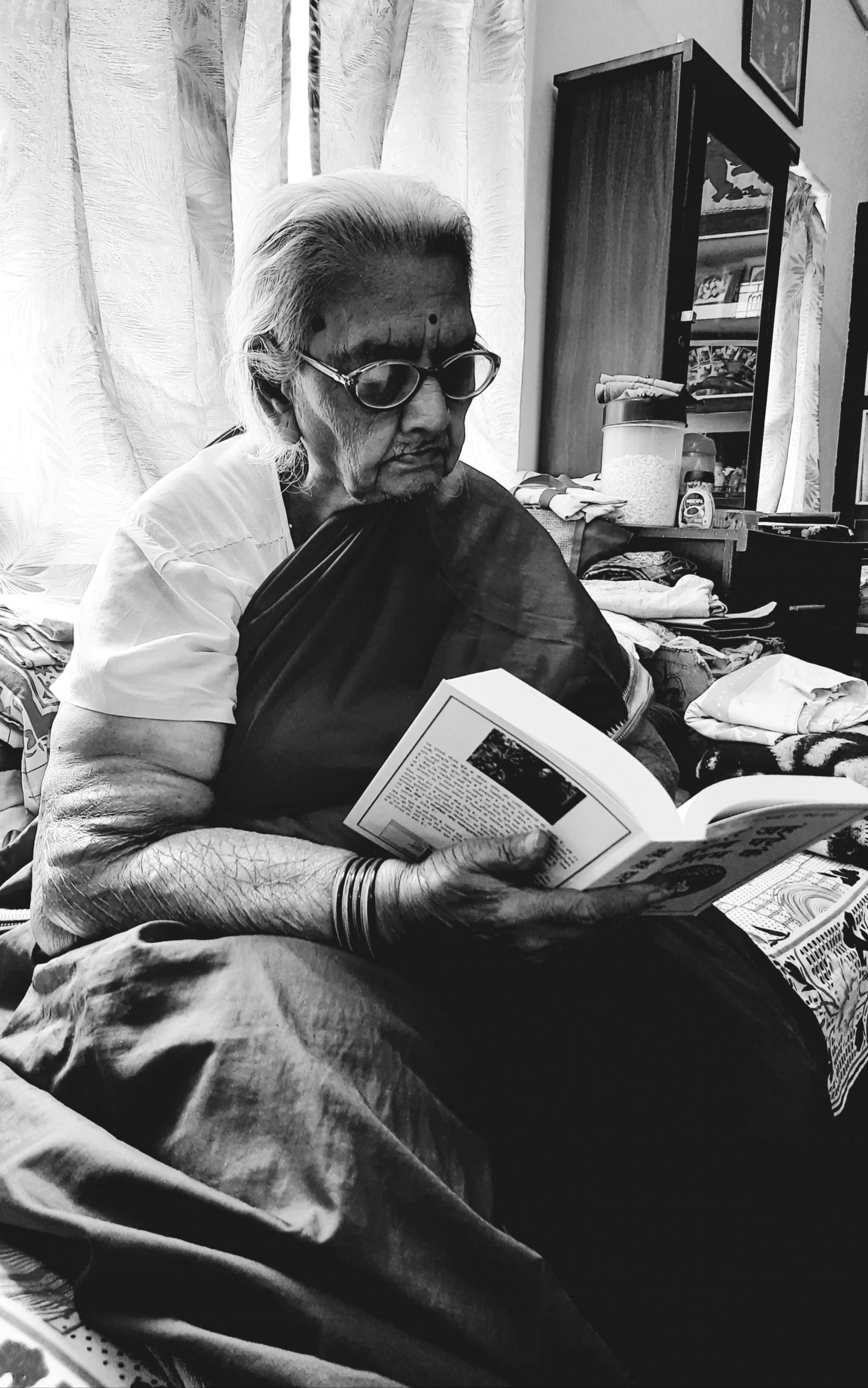 Meet Mrs. Vasundhara Bhatt – a polyglot, jeweler, designer, and creator-  but most importantly, a strong and determined woman who didn’t shy away from following her dreams at an age when most people retire from their jobs!

“As I look down the memory lane, I see nothing but happiness…

I was about 5 years old when my family moved from Maharashtra to Jamshedpur because of my father’s job. We were a Marathi speaking family, but my parents made it a point that we learned the regional language for overall growth. Despite the norm, we kids were all sent to school without a gender-bias. We studied Science, Hindi, and English there, and that is when I was introduced to Literature. I was an observant kid. I used to see my mother stitch, sew, and make beautiful patterns. I started learning about these handicrafts by observing her. I guess that is what laid a foundation for my hobby of jewelry making.

The environment in my home was conducive for learning. We were encouraged to study and explore our creative sides at the same time. I even finished my post-graduation when most women were not even allowed to complete their high-school!

Like almost every Indian woman of those times, I had to get married. But I didn’t go for an arranged match like the popular norm. While still at the university, I approached my teacher and told him that I wanted to marry one of his students who also taught at the university. My husband was a classical musician and believed in “Simple living and high thinking.” What better could I get? We got married and went to his hometown in Gujarat. Their lifestyle was very different from mine, and I had to adjust to keeping a Ghoonghat (veil). I had always respected cultures and traditions, and for me, this was just a part of it!

I never stopped learning new things. I picked up Gujarati by listening to common phrases; I refined my English by reading books like ‘Pride and Prejudice’ and ‘Les Misérables.’ We weren’t rich, but we lived a life of contentment. I had 6 children, 3 brothers, and a number of my husband’s disciples to take care of. I had no time because of all the household chores, but my creativity never took a back seat. Luckily, my kids shared my appreciation for art and culture. I would teach them languages, read books to them; prepare skits and sing folk songs for them. All my children learned to communicate in Hindi, Gujarati, Marathi, and Sanskrit this way.

In the early 2000s, my cousin, who ran a Seva Ashram for the underprivileged and tribals, approached me to help them. In an unfortunate event, a fire that broke out in their workshop burnt almost everything that they intended to sell that season. I arranged the destroyed clothes according to size and color and began stitching these to make a patched piece of cloth that could be used. It took me many weeks, but I was able to make baby clothes, handkerchiefs, aprons, and tablecloths out of all those pieces. I realized that everything has value, only if one is willing to see it.

It was only after my children were all grown up that I got time to design things full-time. My eldest granddaughter got me a variety of beads to make her some jewelry. Making patterns out of beads was a new skill, but I was motivated to do something different. With time, basic designs turned into intricate patterns. I sent a few pieces to a local art exhibition, and it was liked by buyers there. Now, I make custom jewelry for my lovely grand-daughters, daughters, and daughters-in-law, which they wear with pride.

I turned 90 last month, and my grandchildren are very supportive of my creative endeavors. They keep bringing me newer designs to work with, suggesting combinations that I could use. When they were younger, I used to tell them stories that I heard from my mother and had remembered over time. They remember with fondness how I narrated them the entire story of The Adventurous Four and Robinson Crusoe. Now, they bring me new books and modern novels to read. Life has come a full circle!

I believe that life is not a struggle but a huge opportunity to make the best out of whatever we get. There is goodness everywhere, in every condition, and in every person. Knowing this, one wouldn’t have to look for reasons to not give up, right?