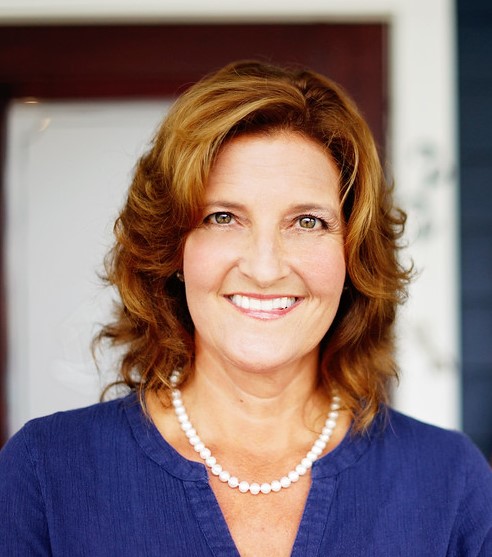 Meet Michele Gannon, the executive director and co-founder of ‘Mary’s Place by the Sea’, a beautiful non-profit home for women during and after their battle with cancer.

A scholar of German Pedagogy, when Michele Gannon became ill while tending to her 3 children as a stay-at-home mom, her eyes were open to the unmet needs of women struggling with a long-term illness. She realized that women always work hard without a break, even when diagnosed with a terrible illness like cancer. This realization and the desire to help her fellow women became the foundation for ‘Mary’s Place by the Sea’, a special place for women to retreat to during and after their struggle with cancer. Talking about the conception of this idea, she recalls, “My illness opened my heart. I became passionate about creating a place for women to be able to retreat to where they can be authentic, breathe and surround themselves with women on the same path”.

The most inspiring thing about her venture is that it does not focus on business or making money. Mary’s Place by the Sea is a non-profit cancer center that does not charge any fees from the women who come to stay with them. It is entirely supported by fund-raising and provides integrative, holistic services that empower, support, and educate women to heal their mind, body, and soul. Nine women are invited to the house per retreat and are treated with 2 nights in a custom-built bed and breakfast. With a staff of 7, and over 200 volunteers and practitioners, Michele’s organization is capable of supporting over 1,000 women per year. In 10 years of service, they have hosted over 10,000 women from across the world!

Michele rightfully believes that by inviting women during the most difficult time of their life and providing supportive services to them, the retreat allows these women space and time to catch their breath, hit the “pause” button, and meet others on the same path. Such an effort surrounds them with unconditional love and gives them hope to keep going.

When Michele was starting, she had nothing but a passion to help her establish herself. Not having any formal training or qualification in managing a non-profit raised many eyebrows in the society, but she was passionate about helping women in need. Initially, people and investors did not believe in her dream – they thought that without any professional qualification, she would not be able to sustain her mission – but with time, she and her team proved them wrong. She elaborates, “Once we approached the 5-year milestone, I believe the community started to realize that we were making a deep impact in the cancer community. We have been challenged with growing pains, but to me, that is a good problem to have!“

“Mary’s Place by the Sea” has come a long way since its inception. It is now recognized by many oncology hospitals as a place for women to go to for integrative services to support their treatment. They receive $1 million in donations annually from the donor community across the world, and Michele has recently been recognized as one of the top 25 Women Entrepreneurs of New Jersey.

Personally, Michele believes that her retreat house has changed her personality and her worldview gradually over 11 years. She has learned the importance of time, presence, and self-care, and is pleasantly surprised by her capacity to love people. She says that the concept has filled her with new energy and has given her a purpose in life; the purpose to help others and care for their comfort during difficult times. Over time, she has also learned numerous skills to help her with the growth of her establishment to support more people in need. She says, “I have learned the importance of gratitude in the smallest of things in my life because of Mary’s Place by the Sea, and I feel truly blessed!”

Leading a team of amazing women, Michele encourages people to step out of their normal track, take a deep breath, and follow their passion. She has a universal message for people with dreams – “Passion will carry you where you need to go. It will motivate and inspire you to acquire the skills, step out of your comfort zone and believe in yourself and your idea to give it life. It must not be a hobby, rather, it must consume you to nurture and attend to it daily. If you keep your head down and pursue your passion, the “rain” will come eventually to fill your field with more abundance than you could ever imagine.”