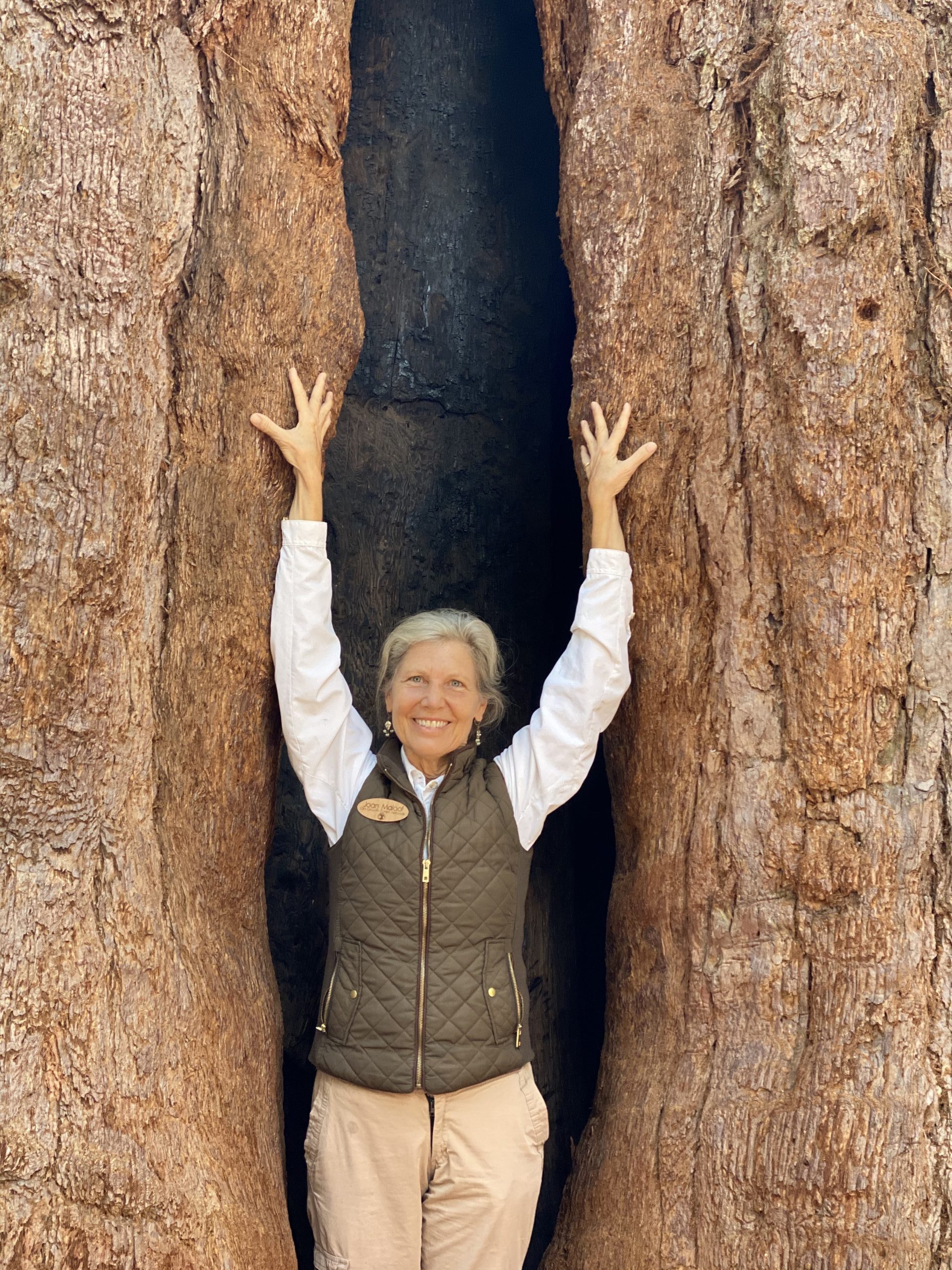 Meet Joan Maloof- a former academic scientist and now the Executive Director of Old-Growth Forest Network, an organization that ensures the conservation of ancient forests.

It’s not every day that a successful researcher and professor (a position that most people like to sustain until they retire) leave their lucrative job to start something of their own- and this is how Joan’s noble initiative came into being. Talking about her roots, she says, “I had a very average childhood. My parents were both from New York City, but by the time I was born, they had moved to Delaware. There, I was exposed to wild nature with the nearby creeks and the Pocono Mountains of Pennsylvania. After attending some public schools there, I went on to the University of Delaware, where I studied plant science.”

With this, she forayed into the American forest as a scientist, where she enjoyed studying the natural workings of the planet: the systems that enable the trees and flowers and animals to subsist on their own with no help from humans. But when she looked around for natural places for further studies, she found that almost everything had been affected by humans. In this process, she also became aware that the oldest forests, some of the most natural and biologically diverse places on earth, were being logged and converted into managed forests or monoculture tree farms. Even though she was not opposed to harvesting trees for board and fibre, as an ecologist she knew that when we do this, we are sacrificing biodiversity. And with this, she came to realise that we are also sacrificing the beauty of nature.

As a scientist, she could do very little to ensure that at least some of the forests would be left alone, but that as a writer, she could share what other scientists had learned about the importance of ancient forests. So with this idea, she made the transition from a researcher to a writer and wrote her first book, Teaching the Trees: Lessons from the Forest. After the publication of this book, her readers, few of whom had never witnessed an old-growth forest, wanted to know how they could get to visit one- and this led her to write book number two- Among the Ancients: Adventures in the Eastern Old-Growth Forests. She went on to author two more books based on her research and the demand of her readers.

In her journey to the exploration of these forests and its literature, she learnt that very few of our original forests have not been logged or otherwise disturbed- less than 1% remains in the Eastern part of the world and 5% in the West. Thus, she founded an organisation that would identify and help protect one forest in each county of the US where forests could grow and let people know where these were located. Her plan was to help stop the destruction of whatever was left from the old-growth forests, help some forests recover and enable more Americans to experience an old forest. However, not everything is a cakewalk- it was not until 2011 that she left her university position and started working full-time to establish the Old-Growth Forest Network.

“We had no initial funding, which meant that I had to leave a paying job to work at an unpaid job. Also, I had very minimal experience in the nonprofit world, but as the years passed, I overcame these challenges and today, the only struggles I face are leading a larger organisation and finding positive work/life balance, as I tend to be ‘on duty’ almost all the time!” she says. In the first year itself, around twenty forests were formally added to the Network and almost 600 supporters signed up- which was huge for her.

The mission of Old-Growth Forest Network is to connect people with nature by creating a national network of publicly-accessible native and old-growth forests that are protected forever from logging. It focuses on setting aside a few forests, at least one in every county of the U.S. where forests can grow, and allow them to recover their old-growth characteristics. With this, these ‘future old-growth forests’ will ensure that generations to follow can experience native forests in their mature diversity and complexity.

Till date, she has given over 23 lectures on forest conservation- including speeches at Longwood Gardens, the US Botanical Garden, Cornell University and Penn State. By 2020, her Network had grown to over 100 forests in nearly half of the 50 states of the U.S., with plans to expand even more. Talking about her motivation in life, she says, “I have been highly inspired by Goethe’s words: Whatever you can do or dream you can do, begin it. Boldness has power and magic in it- and this is what kept me going!“