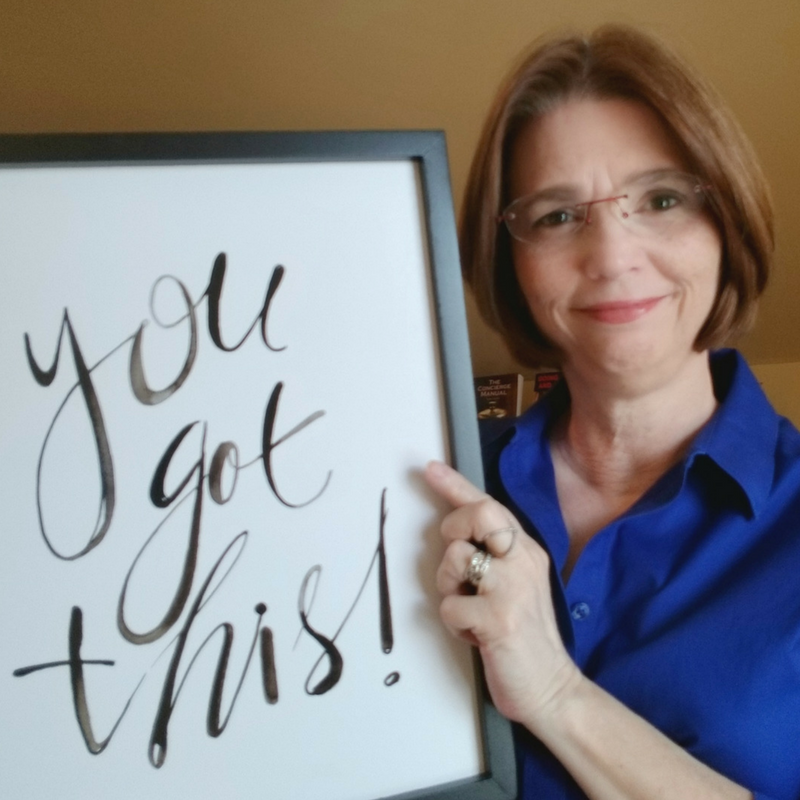 Meet Katharine Giovanni- one of the world’s leading concierge consultants and the founder of The Giowell Group.

Considered to be one of the original founders of the independent concierge industry and a 20-year concierge industry veteran, Katharine has this amazing ability that inspires one to embrace a positive path and live their best life. She consults with concierge & front-line staff all over the world on how to go above and beyond and bring their “A” game to work. Her warm, friendly and approachable style inspire people to be their very best! From Subaru (the automobile manufacturing division of Japanese transportation conglomerate Subaru Corporation) to the leading social media company in the world, she has significantly helped hundreds of companies and entrepreneurs around the world.

Being an event planner and concierge for more than thirty years, Katherine has set up several successful businesses including The Giowell Group (formerly known as Triangle Concierge and later Triangle International) and NewRoad Publishing. As she talks about the beginning years of her venture, she says, “As I began Triangle Concierge with my husband, it soon became apparent that there were no resource materials available on the market to help me get started. It took me approximately a year to teach myself and research how to start a concierge service (absolutely self- taught) before we were ready to open for business. Almost immediately, people started calling and emailing from all over the world asking me to spare just a moment of my time to tell them how I had started my business. So I told them!”

With this, Katherine began spending hours answering each question in the best manner she could- until one day when her husband Ron overheard her mentoring a caller and asked, “Why are you doing this for free?” This made her think that why indeed was she doing it? So, based on her expertise in meeting planning, concierge work and the fact that she had been running two successful companies, she decided to spend the next few months on writing the first edition of the ‘Concierge Manual’. Once the book began to sell, her phone calls increased dramatically in a matter of weeks. She received calls and emails from all over the world, from people wanting more services and information, asking more questions, and needing more help. As a result of all this, she realized that she was spending 90 per cent of her time consulting and 10 per cent trying to grow her local concierge business. Thereby, in 1999, Triangle Concierge was transformed into Triangle International, a full-time concierge consulting business. In the following year of 2000, she founded the International Concierge and Lifestyle Management Association (ICLMA), the first association that targeted independent concierge companies. In the initial days itself, 30 people joined the association and an industry was born.

However, not everything that shines is gold. In 2012, Katharine contracted stage-3 breast cancer and had to retire from ICLMA to concentrate on her health. After a few years, ICLMA’s board of directors decided to close the association in her absence. The times were tough but the prodigy of hospitality didn’t give up on her will to live and make her dreams come true. In 2016, Katharine came back completely healthy and went on to create ICLMNet: The International Concierge & Lifestyle Management Network, which is at halt like the million other businesses due to the ongoing pandemic. She also went on to write a book called ‘Rainbows and Banana Peels’ that talks about her cancer journey and how she got through it.

Today, she can be found training both entrepreneurs and companies around the world. Also, now an award-winning author of six books, she offers mentoring, entrepreneur and corporate programs, online classes, and more and is immensely renowned as the “mother” of the Independent Concierge Industry.

As she looks back at her journey, she talks about what kept her going: “I think the biggest challenge was that it wasn’t an industry yet. Just a few dozen companies around the world (not kidding) who had a great idea. No one knew what a concierge was, nor could they pronounce it! As the years progressed, turning these people into an actual industry became my goal and I am so incredibly proud that it’s now a billion-dollar worldwide industry!”

From owning a company that wasn’t going anywhere, to being the leader of a new industry 20 years later, Katharine attributes her success to the listening of her gut during all these years. She believes that if we know it in our heart that this is what we should do then we must do it without any delay- because ultimately, it’s all about trusting yourself, isn’t it?

You can connect with her at: