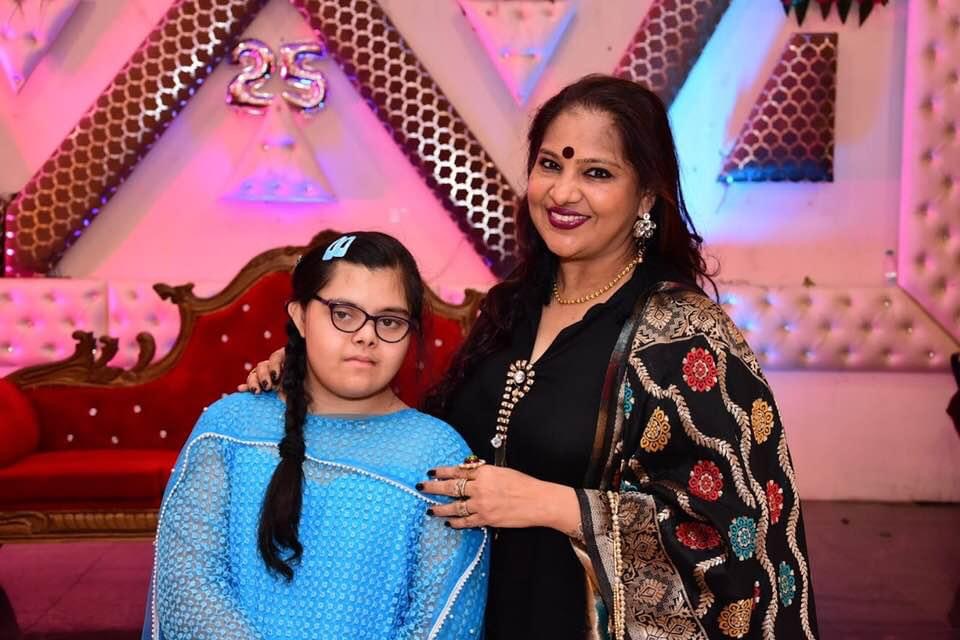 “After struggling through the first 8 years of my married life to bear a child, I finally experienced the bliss of motherhood in 2001. My first daughter brought us so much happiness that it almost made me forget the hardships of my past where certain societal expectations made me doubt the credibility of my life. And why not, in a country like ours where most women go through the pressure of getting married after a specific age and are then asked to bear children as soon as they can, not being able to conceive for so many years comes across as a matter of great concern. There were times when I even questioned my purpose in life and assumed that something was wrong with me.

But as they say, ‘better late than never’- I believe that it was my destiny to have things at their own pace.

In 2003, my husband and I were blessed with our second daughter, Anoushka, and I felt like our world was finally complete. She brought so much happiness in our little family that little did we know that it was going to be short-lived. Soon after, the doctors suspected that she has Down Syndrome, a chromosomal condition that is associated with intellectual disability, a characteristic facial appearance and weak muscle tone during infancy. When they confirmed her condition after a few tests, our world that felt complete a few days before shattered into pieces. And with this, we were back at another arduous journey for which we are absolutely unprepared.

The initial days were a roller-coaster ride. Each day brought a set of new challenges with itself and by the time we learnt to deal with one, we had another waiting for us outside the door. Be it sacrificing our own needs and wishes, listening to the unsolicited advice of the society, unacceptance by family and friends, school admissions or even Anoushka’s behavioural and health issues, we were witnessing everything in front of our eyes and handled them with all our might.

The first thing that we did was to look at her from our eyes, in front of which she was absolutely normal like our elder daughter. We made sure to never leave her home whenever we would step out, to banish the fear of the embarrassment it would cause us. It was our responsibility as parents to look at both of our children without any bias and as a result, we raised both of them with equal opportunities. As my elder daughter was flourishing in everything she did, my younger one too was surprising her with her courage and ability to pursue things. From learning to swim at the age of 2 to participating actively in many stage performances, fashion shows and sports activities- she was unstoppable. At present, she walks the ramp like no other, does horse-riding and attends dance classes by Shiamak Davar- making the list endless.

The day my first daughter was born, I gave up my career as a teacher, only to resume studying and completing a training course when both my children were growing up. It was only in 2010 that I started an HR and Training organization based out of Mumbai which conducts recruitments in the Middle East from the Asian Subcontinent. Moreover, at the age of 50, my family encouraged me to fulfil my dream of publishing poetry and now I feel proud of all the turmoils I have gone through to reach where I am today- with absolute contentment. I believe if we as a society stop being judgemental of other people and start accepting everyone as they are, then there is nothing, absolutely nothing in that can stop us from achieving what makes us happy.  And this, I have learnt, comes only by not giving up before trying.”