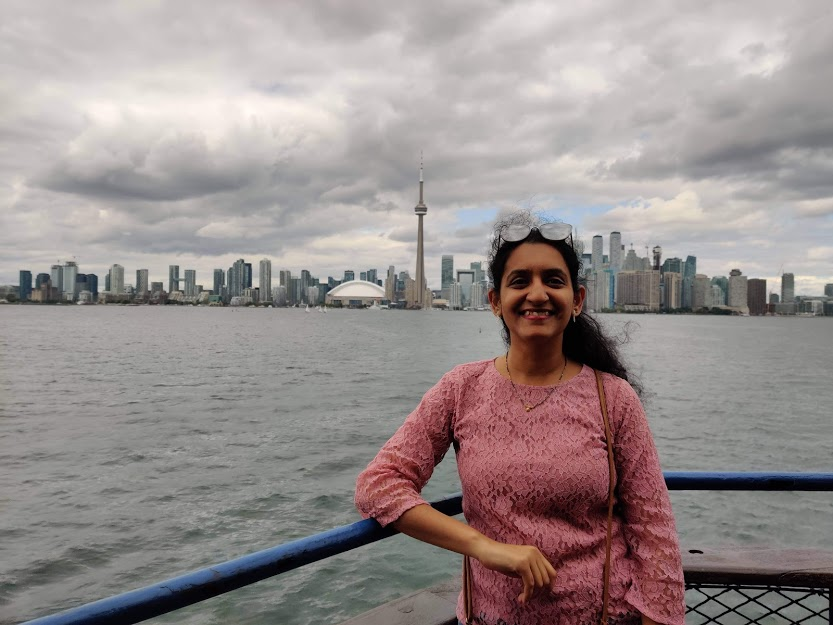 Meet Aboli Deshkar – A Risk-taker, a believer, a dreamer, and most importantly, a proud mom, who is currently pursuing her Masters after a gap of 10 long years and keeps herself close to gardening, baking, reading, and dancing!

As we continuously try to collect more stories of valor in ordinarily simple lives, we forget sometimes that the story we’re looking for is just around the corner. Society has a habit of normalizing gender roles as we have become too habitual in the traditional setups, and anything that seems out of the box is a foreign concept to our tight upbringing.

Aboli Deshkar, a woman of her determination, believed in herself and her ability to defy gender roles and rise above the occasion.

She, like any feminist, would say these days; was successful to procure a stable paying job right after her graduate college. She was on her own by the age of 22, depending on herself for her financial needs.

She is a proud mom of a 5-year-old angel for a daughter, she has worked as a chemist for a cosmetic development company, and is currently pursuing her masters after a huge gap of 10 years in a land far known and accustomed as her own. She has a myriad spectrum of hobbies, including gardening, baking, reading and getting familiarised with Indian mythology, and above all classical Indian dancing. She takes professional Kathak lessons and aspires to perform on stage one day.

Aboli never feared change for change allows us to reveal who we truly are. Taking risks in life and listening to our gut feelings should be a prime driving force of life. Unlike her peers, she was brave enough to acknowledge that driving force and decided to pursue her dream to study further. What threw her off the bandwagon sometimes? An opinionated society that casts a woman in gender roles and distorts her ability to stand up for herself? Maybe. But by picking herself up and never looking back is what has made her come so far in life.

“Looking back now, I’m glad that this change happened in my life. It helped me take a break and ponder upon the things that I really want in life. It gave me a break from daily mundane life and really gave me so much time to think about my next step.”

Her decision to put her dreams first was so imperative that everything came after that.

She’s had to struggle with paying bills, establishing an entire social circle outside of India; which is cumbersome given that you’ve always had a thriving one in your country, cope up with weather anomalies and a stark change in lifestyle to name some.

Raising a child in a foreign land, when you’ve been super close to your roots, could be devastating if not done right. And as mothers, what eats them up is to be not seen in a traditional mother role, to not be around in their child’s growing up years. This was never the case as she has had a tremendous amount of support from her husband, who’s been equally helpful in helping her raise the daughter. Gender roles no longer dictated their household and amen to that. Having her husband cook baby meals, do laundry, take care of the daughter at odd long hours are just some examples of countless times he’s been helpful. But more than anything, her undying ability to see it through the end and making iterative promises to herself has made her see this day. She’s valued self-respect, self-esteem, and equality which in turn has paid her manifolds. She believes her parents back at home have been a constant source of inspiration. She owes her value system to them.

Our cultures make us feel bad about putting our needs first because women are portrayed as primary emotional care-givers. The struggle is not when women are given opportunities and they don’t avail them, the struggle is when women decide to do something out of the box and are not given the same respect that they deserve had it been a man, and still be okay with it. Aboli never let this feeling consume her and always held her head high.