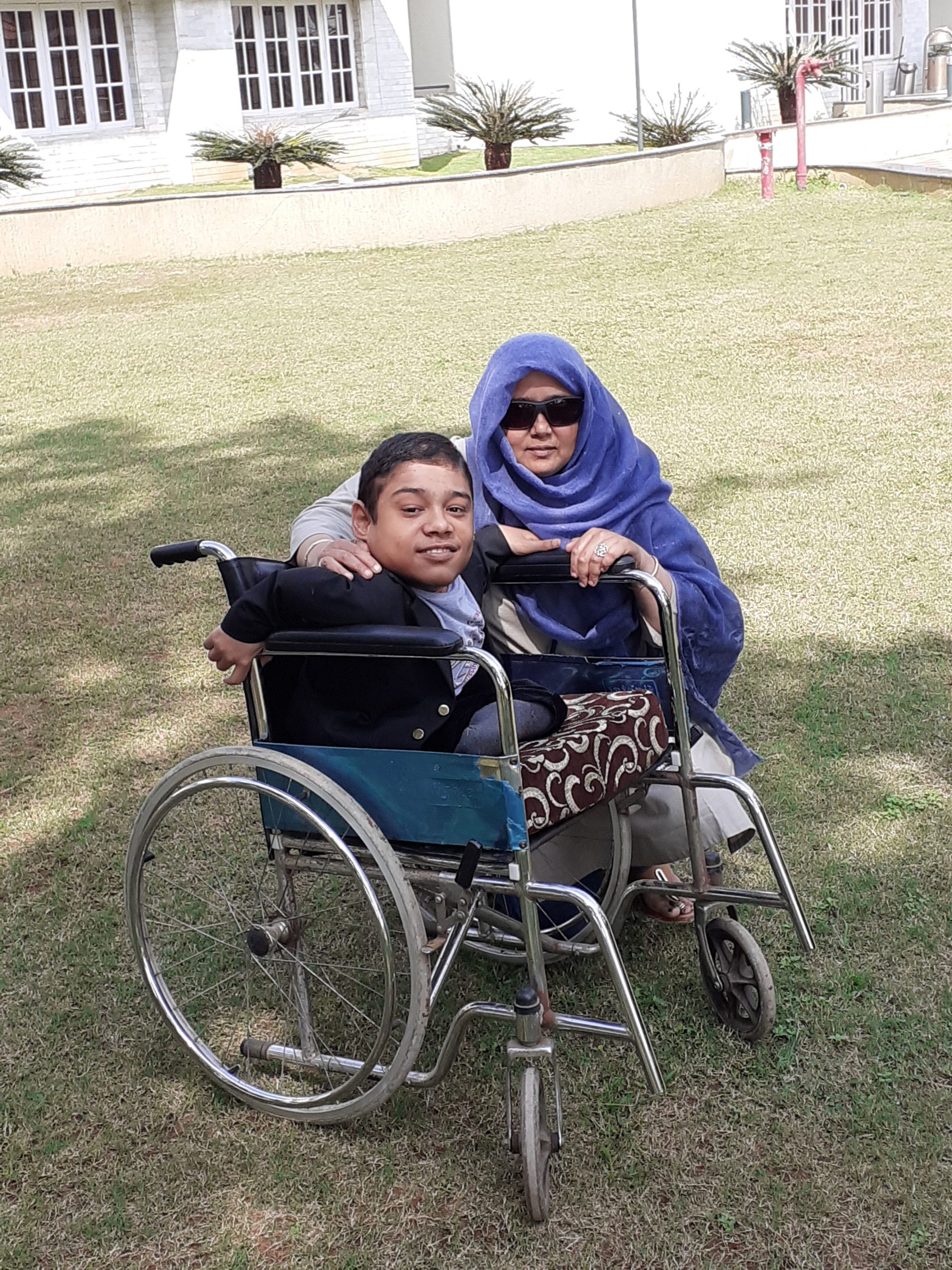 “Do not let your fire go out, spark by irreplaceable spark in the hopeless swamps of the not-quite, the not-yet, and the not-at-all.” ― Ayn Rand, Atlas Shrugged

As I was surfing on the internet to learn more about India’s “Brittle Boy” aka “Wonder Boy”, swimmer Moin Junnedi, I couldn’t help but be baffled by his achievements at 18 years of age. “Who must be the power hub behind his determination to win the paralympic gold despite the odds?”, I thought.

When I dug deeper, I learnt that Kausar Junnedi was the answer I was looking for. She hailed from Belgaum, Karnataka and had many aspirations as a young girl. After completing her Matric, she planned to pursue her higher education in Painting, but God had other plans. She was married off in the midst of challenging financial circumstances. Her father lost his job and she was forced to start working. But, her life was stressful even after marriage.

Apart from Moin, Kausar is a mother to three children. Kausar said, “I wanted to resume my studies, but I had to look after my children and live upto family expectations.” Life was hard for her and it was about to get harder. Out of nowhere, her 9-months-old, Moin was diagnosed with Brittle Bone disease!

The disease caused his bones to get fractured at a mere touch. He was in agony and his mother couldn’t do anything to take it away. She couldn’t even embrace him without the fear of losing him!

Kausar was desperate to find a doctor who could heal her son. She went from one doctor to another with him, but no treatment seemed to work. Turned out that the disease was incurable!

Kausar accepted her son’s fate with hers and decided to enroll him in a good school. Moin had strong cognitive abilities. Despite that, no school made room for him and he was suggested to get enrolled in schools for the disabled.

Kausar refused her child to be labeled as “Disabled” or “A child with special needs”.

Kausar couldn’t fulfill her own dreams, but she was determined to fulfill the dreams she saw for her children. Her heart was heavy with grief, but she didn’t give up. She reached out to the school anyway. Sadly, the school rejected her son (again). “Sorry, we will not be able to assist him to the bathroom”, they added. This left Kausar and her family with only one option- Homeschooling.

One day, a minister with his team visited her locality and Kausar thought of seeking his help to get Moin enrolled in a school. While she was on her way to visit the team, she stumbled upon a coach who used to train individuals with physical disabilities for sports. He had one look at Moin and instantly offered to train him for an upcoming tournament. Kausar was speechless by his gesture. She didn’t know how this person would make it possible but she knew that for the first time, someone is willing to give her son a chance at a better life.

Where everyone said that she is going to drown her child – become his murderer – Kausar went blindfolded after this one opportunity. She recalls that on 9th of February 2009 the coach started training Moin. And by the 18th of February 2009, Moin was floating above the water. And then one after another, Moin won many national and international tournaments. Kausar knew that she has succeeded in making big things happen i.e. she finally discovered the ability in her boy’s disability – a lesson for the whole world out there!

Kausar says she would have ended her life instead of facing the challenge to raise Moin but her father reminded her of her inner strength. Today, she gives this message to everyone to invest in their child’s life irrespective of their gender or ability; let them choose their own path.

No one should be called ‘Disabled’. For we are all differently-abled!