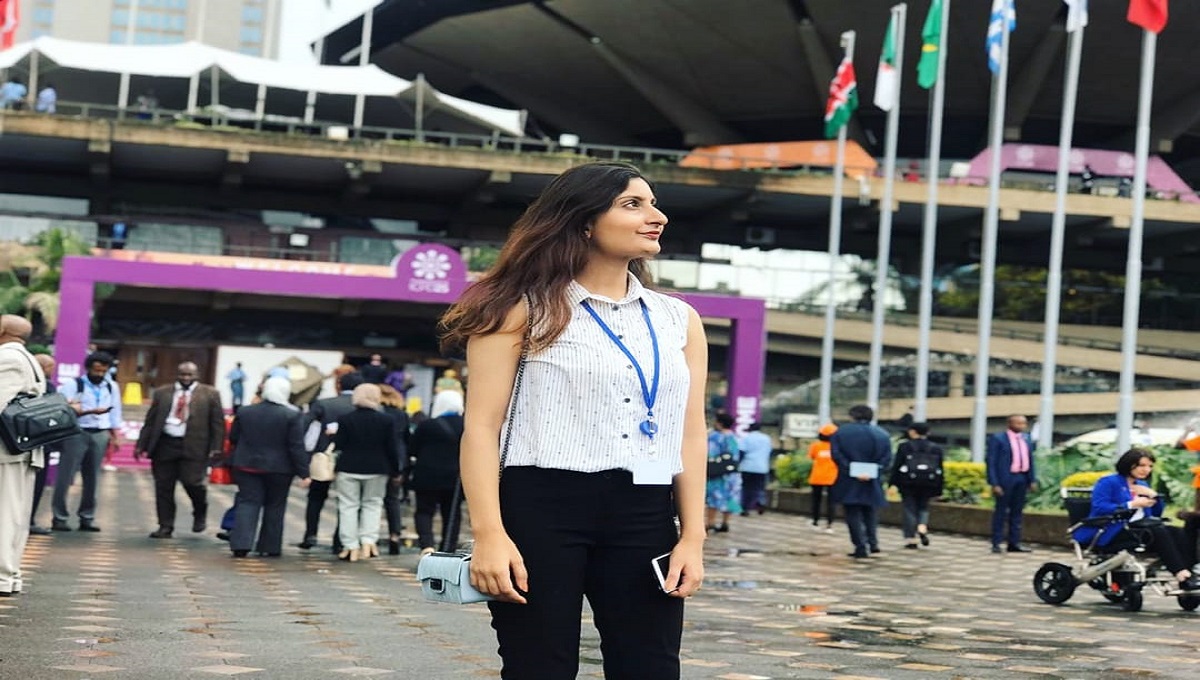 “It’s OKAY to be scared. Being scared means you’re about to do something really, really brave.”

— Mandy Hale (The Single Woman: Life, Love, and a Dash of Sass)

Hamyl Anjum is a leader and an advocate of Human and Sexual Rights of youth and women. Her story of consistency, as she says it, is something that we all can learn from. Throughout her childhood she had been the kind of a person who’d avoid social gatherings, but when it was time to win a cup or a medal, no one could stop her! Her teachers and relatives would comment on her shy personality and how she would start shivering every time she had to meet any of them. People would body-shame her, telling her mother to consult a doctor for her, but none understood the reason behind her shivering. She was never comfortable with sitting in a group of people, but nevertheless, she was content with the way she was. She dreamt big and everything impossible, while people outside labelled her with everything possible due to her social anxiety!

Hamyl was a very studious person and would close herself in her room to study day and night to score high in her pre-medical exams. Meanwhile, she wasn’t sure whether this was something that would turn her into the person she wants to be. On Facebook, she’d follow how a sister of her friend was travelling different places, taking up projects, working proactively for the rehabilitation of different communities, and leaving an impact everywhere she would go. Hamyl understood that this is an image of her ideal-self; who she wants to be! She asked that person about her occupation, and it turned out that she was a sociologist. The next thing Hamyl did was to clear her pre-medical exams and enrolled herself in the same university and department of Sociology from where her friend graduated.

Thrilled and passionate about this new twist in her life, Hamyl wanted to become everything that her ideal person was, right in the first year of her undergraduate studies!

Even though the passion was there, yet the struggle with her social anxiety since her childhood was left unaddressed!

She kept hustling through the competition in her class and got engrossed in numerous sociological theories, thinkers and their ideas so much so that she wanted to bring the learned concepts into practice right in her first year. But it wasn’t as easy as it seemed to her! The rejections took the better of her for sometime, until she revived from disconnecting herself from her surroundings by becoming a part of this newfound creative society in her department. She doubted her position there throughout as she thought that she had nothing special about her in terms of creative talent. That’s when she discovered more of herself. During the society’s group meetings, she tackled her social anxiety one-on-one by participating in the arguments and giving solutions to various conflicts. This way she learnt how to become and remain a part of a group of individuals with diverse mindsets and backgrounds. Later, she became the president of that very society on the basis of her problem-solving and leadership skills. And, Hamyl gradually started sailing through her fears and anxiety.

Still, this wasn’t where Hamyl wanted to stop!

She says, and I quote, “My ambitions haunt me!”. As she became her own cure to her social anxiety, Hamyl started participating on many platforms. With this consistency and hard work, she finally met the person who inspired her to choose Sociology as her major. That person mentored her and this was the phase where Hamyl realized that she can create her own ideal-self now, and a name in the development sector. Hamyl quotes an instance of when she joined the Youth Advocacy Network, Pakistan, which she joined as a volunteer at first. While attending their orientation session, Hamyl bluntly disagreed with one of the board members and called out the inefficacy of the organization in terms of supporting youth rights. At this point, the board member told Hamyl to take the stage with a partner and voice her thoughts. Hamyl recalls that she was so furious and concerned about the subject that she disregarded the number of people there, even the partner standing right next to her, and vocalized her thoughts passionately. Later, as she was expecting to be told that she can no longer be a part of the organization, on the contrary, she got a call in the morning asking her to join as a member of the core committee.

This is what Hamyl has to say today:

“Never leave a place without leaving a piece of you!”

Your contributions should speak for themselves while you are away!